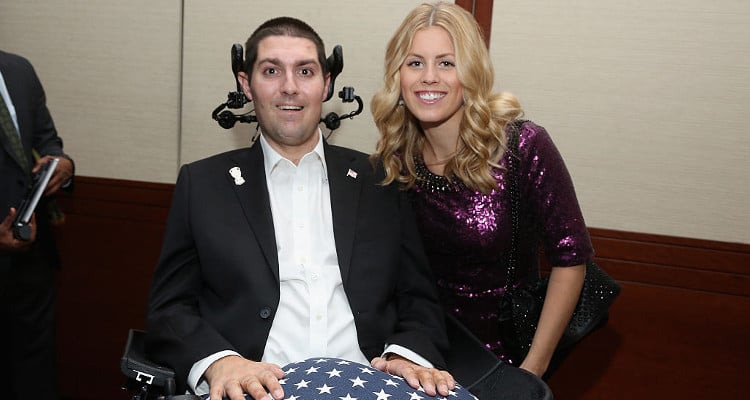 The reports about Ice Bucket Challenge founder Pete Frates’ death are not true. Frates is very much alive and resting comfortably at Massachusetts General Hospital. This information has been given out by Frates’ family who is struggling to pay for his treatment which reportedly costs between $70,000 and $95,000 per month.

The reports that Pete Frates, commonly credited as the man who came up with the idea for the Ice Bucket Challenge, has passed away are untrue. Sometime earlier, several news outlets reported that Pete Frates passed away at the young age of 32. While it is true that Frates is courageous and a huge inspiration, he is still alive. Pete Frates’ cause of death was reported as being a result of Amyotrophic Lateral Sclerosis (ALS), also known as motor neurone disease and Lou Gehrig’s disease. However, Frates’ family has denied these claims. People are eager to know more about him, so we have some details from Pete Frates’ wiki.

The Drive to Raise Funds

Frates is commonly accepted as the creator of the Ice Bucket Challenge. He is a Boston College alumnus who was diagnosed with ALS in March 2012. The challenge involved dumping ice and water on one’s head to raise money for charity. The challenge first received major media attention on June 30, 2014, when people from the Golf Channel program Morning Drive televised the event and performed a live, on-air Ice Bucket Challenge. Frates started posting about the challenge on Twitter, and the focus shifted to ALS. Frates himself underwent the challenge to raise funds for the ALS Therapy Development Institute.

Former #Boston College #baseball #captain Pete Frates suffers from #ALS, the #degenerative disease that affects the #brain, and can no longer #walk or #speak. But he's no #quitter. With the help of his family Frates inspired the ALS Ice Bucket #Challenge movement that swept #Facebook and #raised more than $100 million to #fight the #disease. ??⚡️?? #hero #lougehrigsdisease #fundraiser #icebucketchallenge #petefrates copy: #CNN #heyhumanpodcast

The Ice Bucket Challenge was a major trend in North America, and even President Barack Obama was challenged. It became a successful campaign with its combination of competitiveness, social media pressure, and worthy cause. It resulted in more than 2.4 million tagged videos circulating on Facebook. Even though most people made a one-time donation, it raised huge amounts of money. This exercise and  publicity resulted in raising awareness of ALS and generated funds for treatment as well as research.

A journalist wrongly tweeted that Frates died on Monday, July 3, 2017, in the wee hours of the morning; but this report was wrong. Frates’ family posted an update confirming that he is alive and resting comfortably in Massachusetts General Hospital. Their tweet read, “Update on Pete – July 3rd! Pete’s family wants everyone to know that Pete is resting comfortably at MGH as the Doctors, medicine, prayers, and love continue to help him get stronger. Thank you for all your concern.”

Please keep #PeteFrates & his family in your thoughts as he is back in the hospital this weekend. ❤️

Though the Ice Bucket Challenge founder helped raise more than $100.0 million for ALS research, his family is struggling to pay his bills. It reportedly costs them anything between $70,000 and $95,000 per month. However, his parents say that it is worth every penny. Pete Frates’ wife and daughter are his inspiration for fighting ALS every day. Though paying his medical bills has become a tough task, his family has not given up. They say that they want to keep Frates happy and healthy, while hoping that his efforts prove to be beneficial for ALS research.