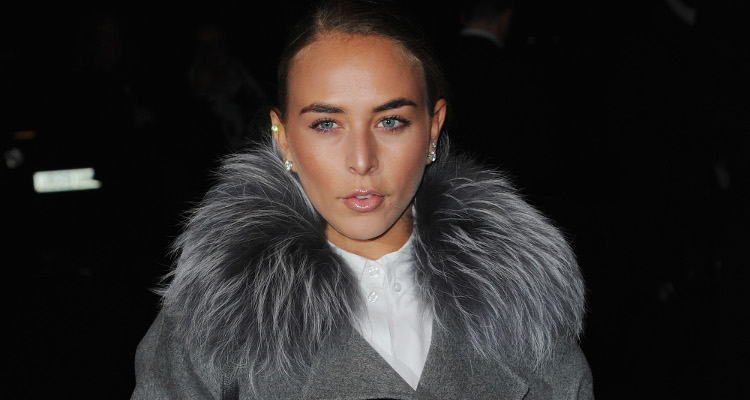 Billionaire heiress Chloe Green is a busy young woman these days. She is a mother to her first child, Jayden Meeks-Green, who was born in May 2018 from her relationship with felon-turned-model Jeremy Meeks. Her father is famous British businessman Sir Philip Green, who has a net worth estimated at around $2.7 billion. Green is a businesswoman, model, fashion designer, and television personality who lives the good life that only big money can buy. Here are some details from Chloe Green’s wiki!

Who Is Chloe Green?

Born on March 2, 1991 in England to her parents Tina and Sir Philip Green, Chloe Green’s age is 27 years old.

She has two siblings, a sister named Stasha Green and a brother, Brandon Green.

Her Father Is a Billionaire Businessman

Chloe Green’s father, Philip Green, is a British businessman and the chairman of Arcadia Group.

Philip Green’s net worth is estimated to be around $2.7 billion and is still growing.

Chloe Green is the heiress to Topshop, and she claims that she has attended board meetings, even at the tender age of 10. She has always lived a life of luxury and spent a lot of her childhood on her father’s 109-foot yacht named Lionchase.

Green studied at the International School of Monaco. Since she is the daughter of Philip Green, there has never been any doubt that one day she will take over the reins of his group of companies. However, Chloe Green has entrepreneurial skills as well, which have obviously been inherited from her father.

There’s a Bad Boy in the House!

Green launched her shoe line called CJG by Chloe Green in 2012 for Topshop. The line features a variety of shoes made in her signature style.

She has been in the news for a while now for her involvement with her boyfriend, Jeremy Meeks. He’s an American convicted felon who has spent two years in prison for possession of a firearm and grand theft.

Green first revealed the news of her being pregnant in March 2018, when she was on a holiday trip on her father’s yacht in Monaco. She was seen spending time with Meeks on a yacht in Turkey, a year after he was released from prison.

Now her relationship with the man referred to as the “hot mugshot guy,” “world’s hottest felon,” or simply “the hot felon,” has gone to a higher level with the birth of their child on May 29, 2018. Chloe Green’s son is named Jayden Meeks-Green.

Jeremy Meeks and Chloe Green reportedly met at the Cannes Film Festival in May 2017. At that time, Meeks was modeling for German fashion designer Philip Pein, and there was an instant attraction between the two.

Since then, the couple has been inseparable, even though there have been unconfirmed reports that papa Philip Green is unhappy with their relationship.

Meeks is not Green’s first boyfriend as she has had several relationships in the past with other men. Green had a serious relationship with singer Marc Anthony when she was just 22 years old, and he was 45.

She became known to his children as well, and the relationship was going strong until the physical distance between them took a toll. They broke up after being together for a year.

Green was in the public eye when she took part in the reality television show, Made in Chelsea. Although she only appeared in a few episodes in the second season, she made quite a name for herself.

At the time, Green was dating Ollie Locke. There was an enormous amount of tension between her and Locke’s former girlfriend, Gabriella, whom Locke broke up with after realizing his attraction to men.

She’s a Billionaire in the Making

Considering that Green is the heir to such a big fortune, people often wonder about her net worth.

Philip Green has not yet made public how he is going to divide his commercial empire between his family members. But there’s no doubt that Green will receive a significant amount by being his oldest child.

Responsibilities Lie Just Around the Corner

Green is busy taking care of her baby boy these days and involved in her relationship with Meeks. People are curious about how she will handle her father’s business when she gets more seriously involved with it.

Right now, Chloe Green is young and happy and doing what she wants. However, the time will soon come when she has to make major decisions in her life. The clock is ticking!