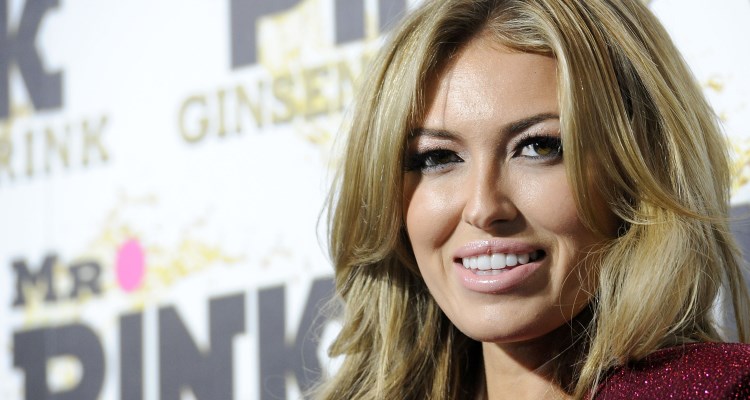 Professional golfer, Dustin Johnson attempted to play at The Masters on Thursday following a back injury he suffered after he fell in his rental home on Wednesday. Johnson, 32, is the No. 1 ranked player in the world and a pre-tournament favorite after he won his previous three starts on the PGA Tour. Did you also know that Dustin Johnson’s girlfriend is Paulina Gretzky? If you want to know more about Johnson and his famous long-time girlfriend-turned- fiancée, then look no further than our Paulina Gretzky wiki!

Paulina Gretzky was born Paulina Mary Jean Gretzky on December 19, 1988 in Los Angeles, California to Canadian hockey legend, Wayne Gretzky and American actress, Janet Jones. She has three brothers: Ty, Trevor, and Tristan and has a younger sister named Emma. She decided not to go to college in order to pursue a career in entertainment and landed a cover of Flare magazine in 2005.

If you’ve ever looked up hot pics of the 28-year-old NHL heiress, then you may have noticed her tattoo “99,” which represents her father’s jersey number. What better way to commemorate her father’s iconic hockey status than by inking it on her skin for life!

Paulina Gretzky’s husband-to-be is Dustin Johnson and the two are currently engaged. They have one child together: Son Tatum Gretzky Johnson, born on January 19, 2014. Paulina Gretzky is also pregnant with her second child, and took to Instagram to post the news.

Directly following the Instagram post announcing the new addition to their growing family, Paulina Gretzky and Dustin Johnson decided to reveal to fans whether it’s a girl or a boy, with the most fitting baby gender reveal ever! She posted a video of Johnson on the beach hitting a golf ball that left a cloud of blue dust once he smashed it into the ocean. Four!! It’s a boy and the two couldn’t be more excited! There’s no news on when the two will be married, but they definitely seem to be finding their groove as a happy family!

Paulina’s net worth is reported to be $5.0 million, most of which stems from her acting and singing career. She’s more of a socialite than an actress and hasn’t had the most steady career in the entertainment business. She was said to be naturally athletic like her father, but opted to try her hand in entertainment, following in her mother’s footsteps. Aside from her own money, Paulina is still an heiress to her father’s net worth, a fortune of $200.0 million! (It definitely pays to be the daughter of “The Great One”). And once she and Dustin are married, she will also have a claim to half of his $20.0 million net worth!

“He landed very hard on his lower back and is now resting, although quite uncomfortable,” Winkle said Wednesday.

Winkle also said Johnson was advised not to move too much, to ice his injury, and to begin taking his inflammatory medication, in hopes of helping him recover by reducing the swelling. At least he’s got his beautiful leading lady by his side to nurse him back to health! 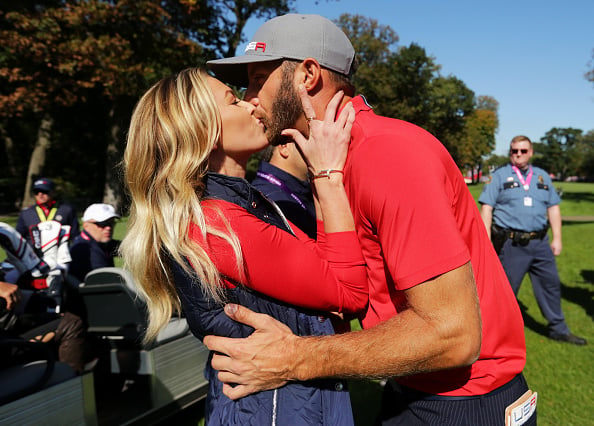 If you ever want to know how a socialite lives, just take a look at her Instagram pics! From bikinis by the pool to hanging out with her family, Paulina is living a life that might make you want to rethink your priorities. Did we mention she always seems to be on a boat lapping up the life of luxury? #lifegoals.