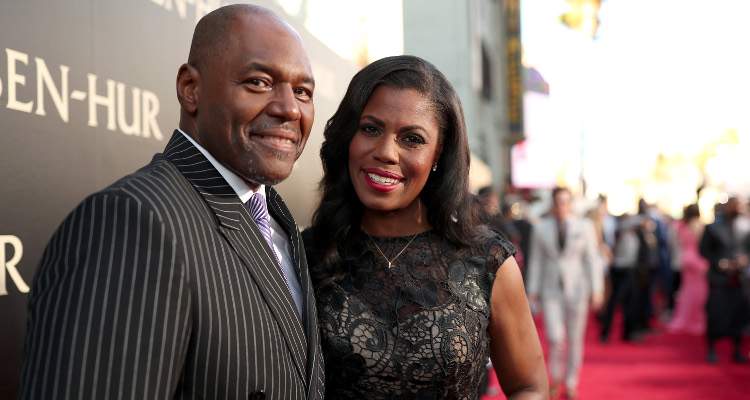 Omarosa Manigault’s departure from the White House has made headlines. Was President Trump’s longtime acquaintance fired? Or did she resign, as she claims? While attention falls on the former aide, everyone is talking about Omarosa Manigault’s husband.

Omarosa Manigault was reportedly fired, and not Donald Trump’s old show, The Apprentice “fired.” Gen. John Kelly, Trump’s chief of staff, allegedly fired the aide who then allegedly created some drama, which reportedly ended with her being escorted out by Secret Service! Manigault denied these claims and said she resigned. Nevertheless, reactions are immediate and snappy (looking at you, Robin Roberts) and the attention is all on the TV personality-turned-Trump aide. People want to know more about her family and husband. Who is John Allen Newman? Find out about Omarosa Manigault’s husband in John Allen Newman’s wiki here.

Manigault was first married to a man named Aaron Stallworth in 2000. But their marriage didn’t last and they divorced in 2005 after a brief separation. She adopted his name but reverted to using her maiden name and the mononymous name “Omarosa.”

She later dated Scorpion King actor, Michael Clarke Duncan, whom she met outside a Whole Foods store. In 2012, she found him in cardiac arrest and tried to save his life by performing CPR. He was hospitalized after the heart attack and was in critical condition. Duncan died months later in September. Manigault later opened up about the night he had a heart attack on Oprah: Where Are They Now?

The Apprentice contestant met her future husband when she was teaching at Howard University. John Allen Newman is the Senior Pastor of The Sanctuary at Mt. Calvary in Jacksonville, Florida. He has preached across the globe and is attached to ministries in Kenya and Uganda.

He’s also active in local governance. He served as the Secretary and Director of Jacksonville Port Authority. Previously, he served on the boards of the National Baptist Convention of America, Cornerstone (JAXUSA Partnership), Jacksonville Urban League, Mayor’s councils, and the Sheriff’s Advisory Board.

Together with his congregation, Newman has done charity work in his hometown, as well as across the globe.

Becoming a Christian is easy. Living as one is the hard part. #purpose #kingdomwork #Godswill

#3. They Married at Trump’s Hotel

After dating for a year, Pastor Newman proposed to Manigault in front of his congregation. The couple married in April 2017, a few months after she was appointed to Trump’s White House staff.

Manigault has been a Trump loyalist since her days on The Apprentice, where she was a notorious drama creator. So, it surprised very few that she held her wedding at the Trump International Hotel in Washington, D.C. The wedding was attended by several of her White House colleagues, including Kellyanne Conway.

The former aide even reportedly requested to hold her reception at the White House. Though she didn’t have the reception there, she took a 39-person bridal party to the White House for a post-wedding photoshoot! Manigault and Newman were banned by White House officials from sharing the photos they took on social media, citing security and ethical reasons.

It is unclear whether or not she had permission for the photoshoot, but senior officials weren’t briefed about it beforehand. They were surprised by the wedding party and the guests who took the liberty of taking their own snaps in the West Wing. Nevertheless, she and the guests shared pictures of the happy newlyweds at Trump’s hotel.

#4. He Was Part of the Obama Campaign

Newman has been politically active ever since he was a student in college advocating for migrant workers’ protection. He is a registered Democrat and worked with the Jesse Jackson presidential campaign as chairman for the Northeast Florida area from 1984 to 1988. He initiated and organized the campaign for Nathaniel Glover Jr., the first African American sheriff in the State of Florida since the Reconstruction.

He was active in Barack Obama’s 2008 presidential campaign. He reportedly kept in contact with several White House staff in the Obama administration and even attended briefings with Presidential Senior Staffers and the former President.

How does a staunch Democrat marry a self-proclaimed “Trumplican?” In his own words, “You don’t allow politics to dictate your heart.”