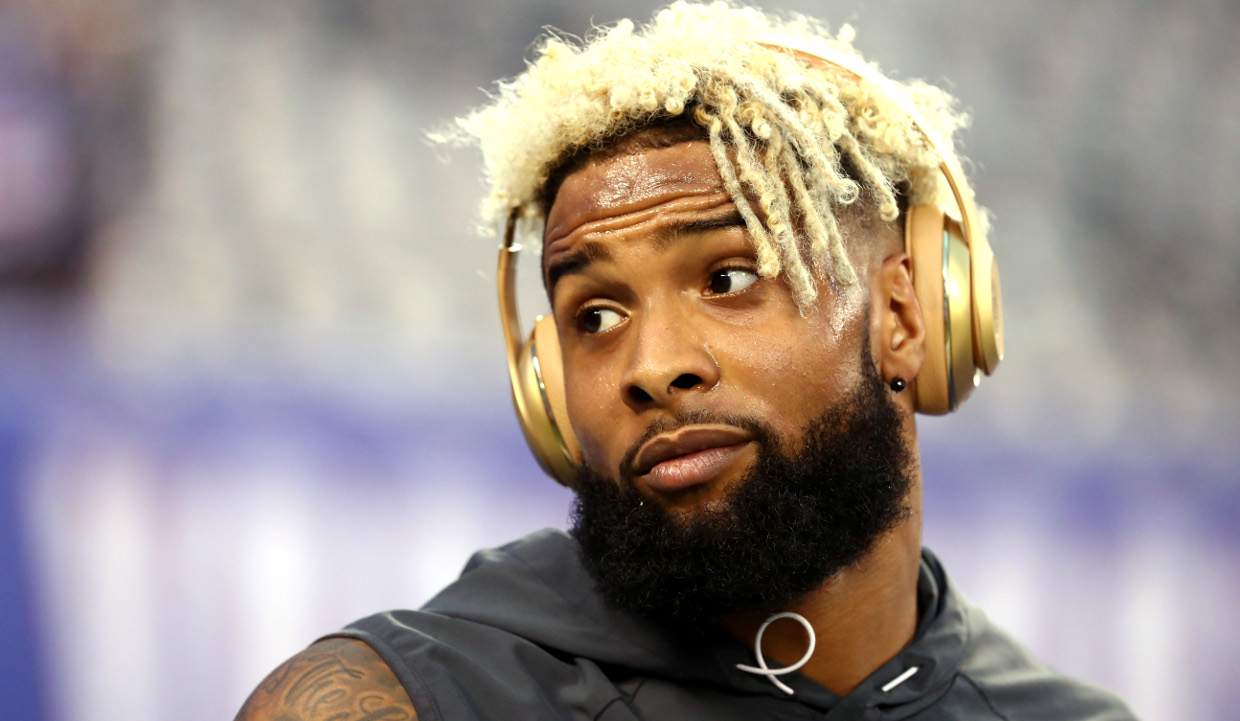 Controversy has clouded Odell Beckham Jr. after a video of him went viral on the Internet recently. In the video, he is allegedly holding a blunt and heard saying what sounds like a proposition to have sex with the mystery woman next to him. The woman in question is a French model named Laura Cuenca and Beckham Jr. is seen with her in the video doing some very questionable things. We have everything you need to know about her.

Laura Cuenca is an aspiring French model. But what was she doing with Odell Beckham Jr.? Was she being asked for sex? Though the audio on the video cuts out just a few seconds in, many are trying to solve the mystery.

Get the scoop on the scandalous video, along with details from Laura Cuenca’s wiki, right here!

An aspiring model, Laura Cuenca is currently living the high life and recently became famous after a video went viral. It appears that she is sitting next to Odell Beckham Jr. on a hotel room bed, while he is holding what looks like a blunt or marijuana cigarette. The video pans to Cuenca, who also looks like she’s doing something very naughty and very illegal—cocaine. Fans are now playing detective and slowing down the video, where Cuence looks to be sitting in front of lines of a white substance and a credit card.

The video was secretly filmed for just seven seconds, with most of the audio being cut. It was later found out that it was Cuenca who posted it on her Snapchat.

If you head over to Laura Cuenca’s Instagram account, you’ll see that she mixes and mingles with the elite.

We have not seen Cuenca’s work as of now. It appears that she hasn’t yet signed up with any modeling agencies yet, so she’s still looking for that big break.

Cuenca is mother to her fur babies, a Chihuahua and a cat. There are more dogs in her home and she absolutely adores them.

As of now, it looks like the Instagram celebrity lives in France. But who knows; maybe some good will come of this viral video and Cuenca will get noticed by an American agency. After this video stint, her name is everywhere today so she’s certainly gaining some real exposure. What’s that they say? Bad publicity is still publicity!

Although there aren’t many of Cuenca’s modeling pictures on social media, there are quite a few that display her affection towards her pets.

Also Read: Steve McNair’s Mistress Who Turned Into His Murderer!

Cuenca posts pictures and videos on social media of herself cruising around town in a Ferrari. She is also seen showing off what looks like expensive fur coats and designer accessories for her outings.

The aspiring model knows how to party and it’s hard to not be stricken by her beauty. Head over to her Instagram account and check out Laura Cuenca’s pics to see what we’re talking about.

The New York Post is convinced that Cuenca and Beckham Jr. might be a item, or at least the very least, had a one-nighter. Nonetheless, the whole world is looking to the 25-year-old wide receiver for some answers.

But if you’ve watched Laura Cuenca and Odell Beckham Jr.’s video, it’s possible that he was too high to remember the night or anything that he did during it—and this includes Cuenca!

Cuenca later explained in an exchange of messages that she can’t seem to recollect much.

“I do not remember all of the evening, only that we met in a bar and then found ourselves at a hotel and we had passed the night together,” said Cuenca.

It was reported that the couple met at the Le Queen nightclub in Paris, after which they accompanied each other to a room at the Four Seasons Hotel George V.

Cuenca also said that Beckham Jr. left the room the next morning to catch a flight to Madrid.

Many online sleuths have dried their eyes out trying to figure out what the couple was doing in the video. And sources say that they can see a blunt in the football player’s left hand while Cuenca is holding a credit card over some lines of questionable white substance.

“We’re aware of the video, but we don’t have any comment beyond that,” a New York Giant’s rep said.

Cuenca denied that Beckham Jr. did drugs. She said that the brown thing in his hand was a just piece of pizza.

The wide receiver is on the ledge with his glittering contract, which is worth $8.5 million. So, the scandalous video couldn’t have come at a more crucial time.

Here’s the video that has created all the ruckus: