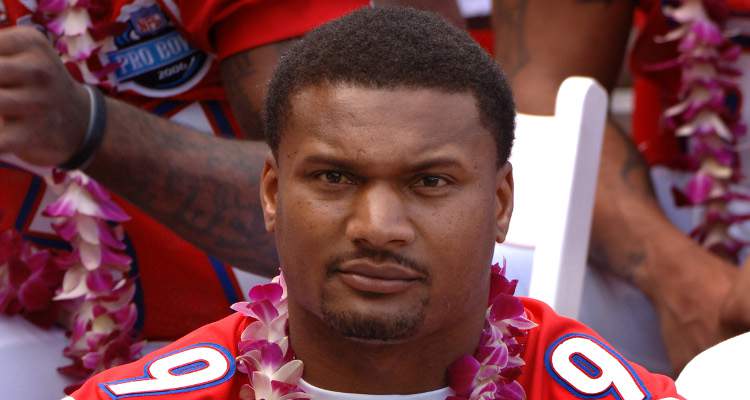 During Super Bowl LII, many fans and athletes remembered quarterback, Steve McNair, who played in Super Bowl XXXIV with the Titans. In 2009, he was shot by his mistress, Sahel Kazemi, who then shot herself. If you want to know who Sahel Kazemi was, then keep reading.

Kazemi was born on May 29, 1989, in Iran. Her mother was Ghodsyeh Kazemi and she had four siblings. She was lovingly called “Jenni” by her friends.

Her sister, Azadeh was unable to get an education in Iran, so she moved to Australia. Kazemi and her mother were supposed to join her, but unfortunately, Ghodyeh was killed in a home invasion.

Her Life in the United States

Kazemi came to the United States on August 29, 2002. She was 13 years old and could not speak English at all. Initially, she lived in Jacksonville, Florida with her sister, Soheyla.

Soon enough, Kazemi got accustomed to the life of a typical American teenager, and was fluent in three languages: Turkish, Farsi, and English. She first went to Englewood High School, but later transferred to Orange Park.

In high school, Kazemi dated rapper Keith Norfleet. Sources claim that at 16, Kazemi dropped out of school to live with him in Nashville. There are no details about why or when the couple broke up.

Kazemi started working as a waitress at Dave & Buster’s. Her colleagues knew her as “Jenni” and described her as always smiling and joking around. Her friend and former co-worker, Courtney Carter said:

“She didn’t want to have any down time, time to be bored. Even if she went out the previous night and had very little sleep, she came in with all this energy. She got on some people’s nerves because she was always joking about something. Sometimes, when you’re not having a good day, the last thing you want to hear is somebody super bubbly. [But] this was the first job I wanted to stay at because I really felt like the people I worked with were family. Everybody was so close. Jenni I was probably closest to her.”

According to sources, McNair and Kazemi met at a restaurant she worked at. Charmed by his wit and looks, Kazemi gave McNair her number. Her coworker, Brandon Millichamp said, “He was one of the nice guys who would talk to you, not like the other athletes.”

McNair was already married and had four kids with three different women at the time. Reportedly, Kazemi’s family was not happy with her relationship with him.

The defensive end was soon taking her on vacation, and bought her a Cadillac Escalade SUV for her 20th birthday. However, things took a turn financially when Kazemi’s roommate moved out, leaving her with added rent and bills.

She also had to afford the monthly payments for the car McNair bought her. Things took another turn when she reportedly saw another woman leaving McNair’s home. She followed the mystery woman, but never confronted her.

McNair and Kazemi texted hours before McNair’s death. On the morning of July 3, 2009, Kazemi texted, “Baby I might have a break down Im so stressed. [sic]”

That day, she attempted to sell some of her furniture on Craigslist, made plans with friends for the next day, and went to work, but left early.

It is believed that Kazemi bought a 9mm pistol and, as McNair was reportedly taking a nap on the couch, shot him four times. Nashville Police Chief Ronal Serpas said, “The police department has concluded that Steve McNair was murdered by Sahel Kazemi and that, in turn, Sahel Kazemi killed herself with a single gunshot wound to her head.”