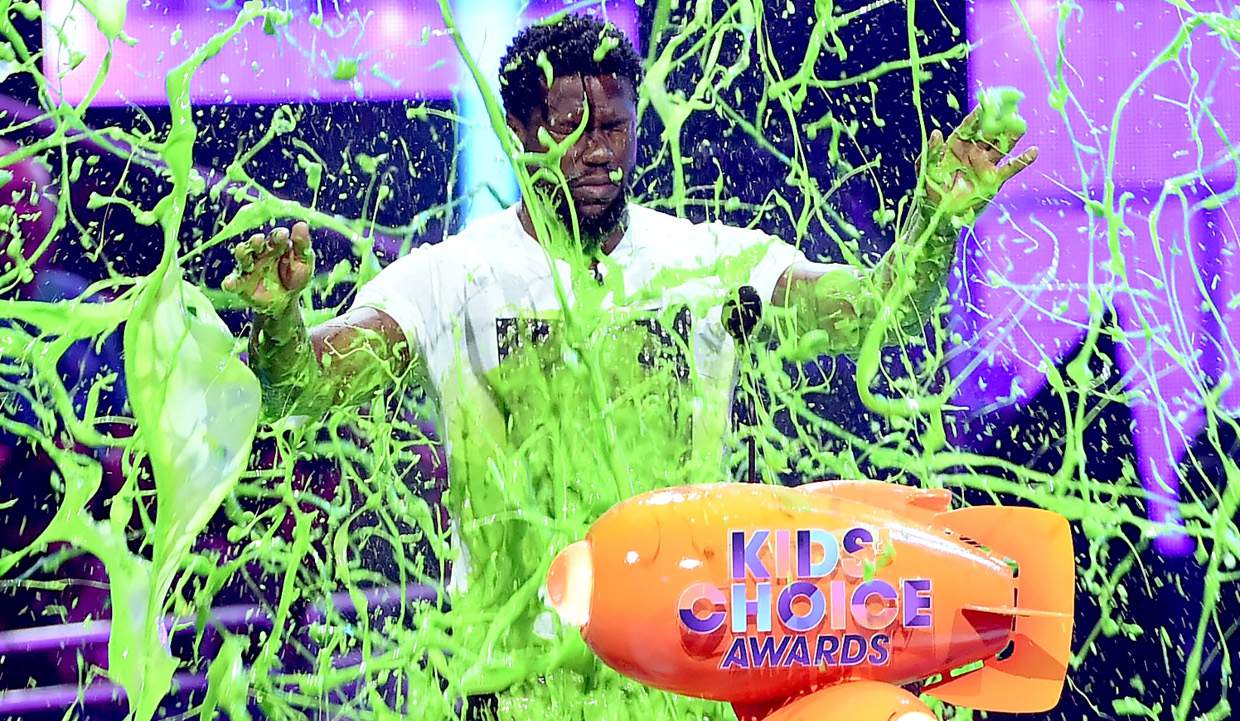 Gather round, kids! It’s time for the Nickelodeon Kids’ Choice Awards 2018. Or as we like to call it, the biggest slime extravaganza of the year! Sure, it’s about which of our favorite stars are taking home the prized orange blimp. But more than that, it’s about which celeb gets slimed like a pro!

Kids’ favorite celebrities across all walks of entertainment will walk the orange carpet at the Nickelodeon Kids’ Choice Awards 2018. But with this great honor comes the great responsibility of delivering the most slime-tastic moment of the show!

Getting slimed at the Kids’ Choice Awards is a necessary rite of passage. Many celebs have thrown their bodies into fluorescent green sludge to earn this street cred.

JT got slimed the first time with his NSYNC bandmates years ago. But that didn’t stop him from returning to host the KCAs in 2007.

Timberlake probably thought he could escape the slime if he was in control of the show. But what he forgot was that when it comes to slime, the host gets the most!

Also Read: Which Celebs Gave the 2018 Grammys a Slip? Find Out Here

Josh Hutcherson learned that The Hunger Games are a lot more forgiving than the KCAs slime gods.

At least Amanda Seyfried’s face was protected by her hair!

Funnyman Kevin Hart thought he was immune to slime when the fluorescent goo kept missing him last year. But he was wrong!

Hart forgot that over the years, the KCAs has gotten pretty creative with bombing celebs with slime when they are least expecting it.

Justin Bieber got it bad! Poor ol’ Biebs became Will Smith’s human shield at the 2012 KCAs when green sludge attacked him from all directions!

The look of pure horror right before the slime hits him makes this one for the Slimy Hall of Fame.

The kids in the audience didn’t expect that Becky G and the cast of the Power Rangers movie would surprise them by blasting them with slime.

You didn’t think that Becky G would ruin that pristine white number with green stains, did you?