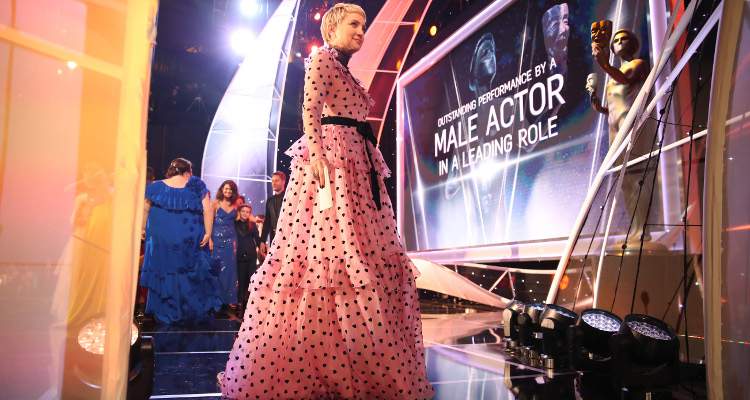 Kate Hudson rarely misses the point when it comes to red carpet looks (remember the Oscars 2014?). But this time, Kate Hudson’s SAG Awards 2018 outfit was far from trendy! The actress walked down the SAG Awards 2018 red carpet wearing a frilly Valentino dress, only to disappoint fashion gurus everywhere.

The good news for Kate Hudson is that she’s not alone! While the world is taking a jab at her for wearing what looks like wrapping paper with lace, there were certainly other actresses totally missed the point, too. 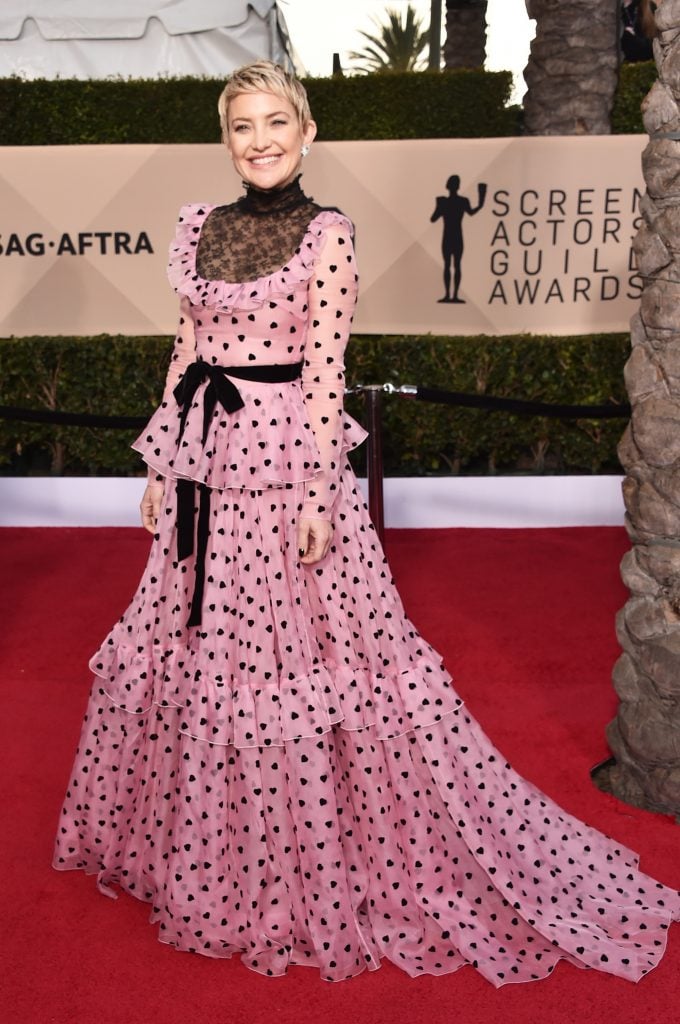 Little Bo Peep called; she wants her dress back.

Kate Hudson leads the worst-dressed list so far on the SAG Awards red carpet. The Bride Wars actress is usually seen at her best on red carpets, but this time Valentino failed her!

The light pink, full-sleeve, chiffon dress with ruffles from fashion-hell made the actress not only look like a cake, but it also did nothing to enhance her otherwise rocking body!

Do we need to say anything about the black lace that clutches her neck? No. Just no.

The look cries out for help with the addition of the messy black belt, too. 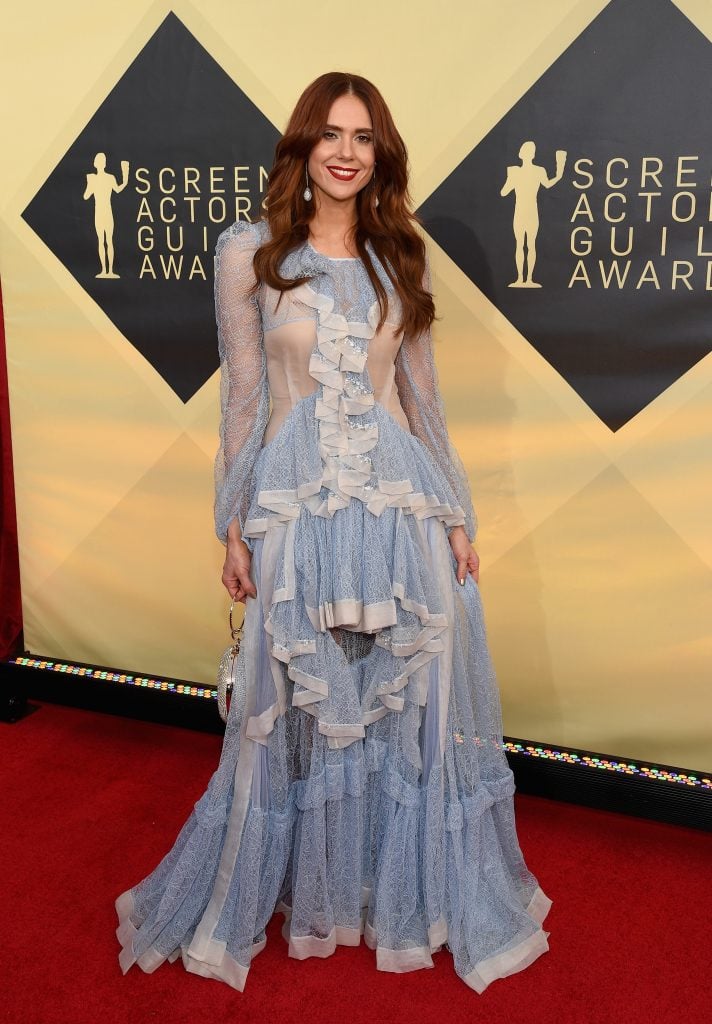 Here’s another Kate who bit the dust at the awards ceremony! Kate Nash walked down the red carpet in Bora Aksu.

The powder blue lace-stuffed dress, which could have easily been mistaken for an ‘80s window curtain, should have stayed home!

Speaking of windows, the dress had an awkward mesh opening in the center of the skirt, making it all the more of a fashion fail.

It seems the circular clutch purse that Nash carried as an accessory was the only saving grace the singer had that night! 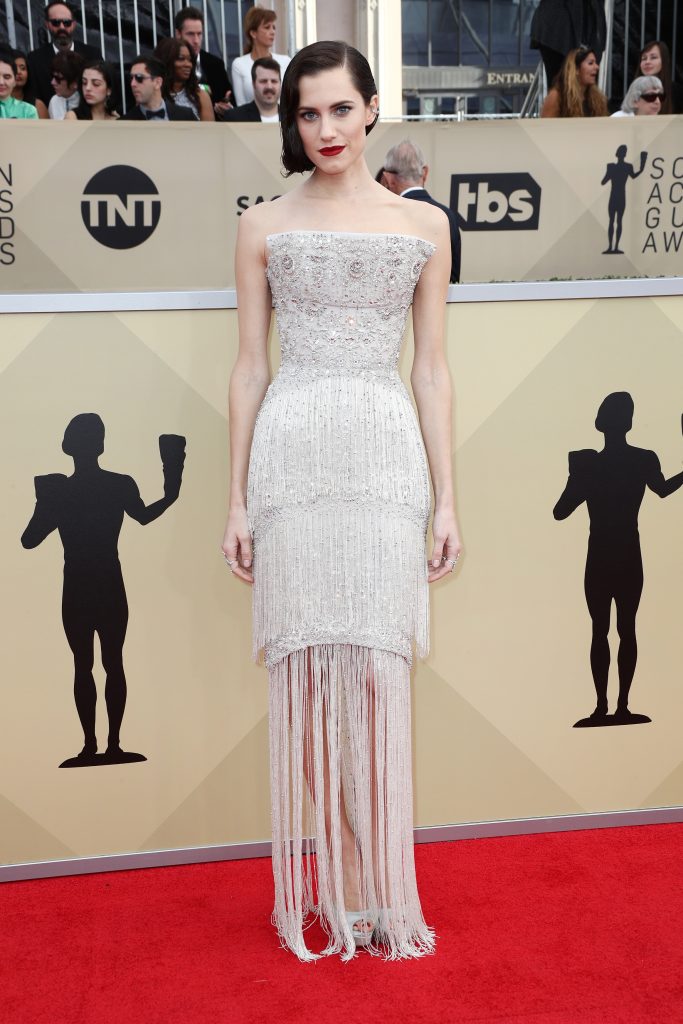 Allison Williams also missed the mark this time around. The SAG Awards 2018 saw the Get Out actress looking like a melting soft serve!

The Ralph & Russo gown, which took inspiration from the flapper era, did not sit well with the otherwise classy actress.

The white number made Williams look like she’s wearing only a part of the dress. And, the squared neckline was no compliment either. Also, she looks borderline invisible! The tone of her dress and the tone of her skin make her melt right into this number and it’s awful in every way. 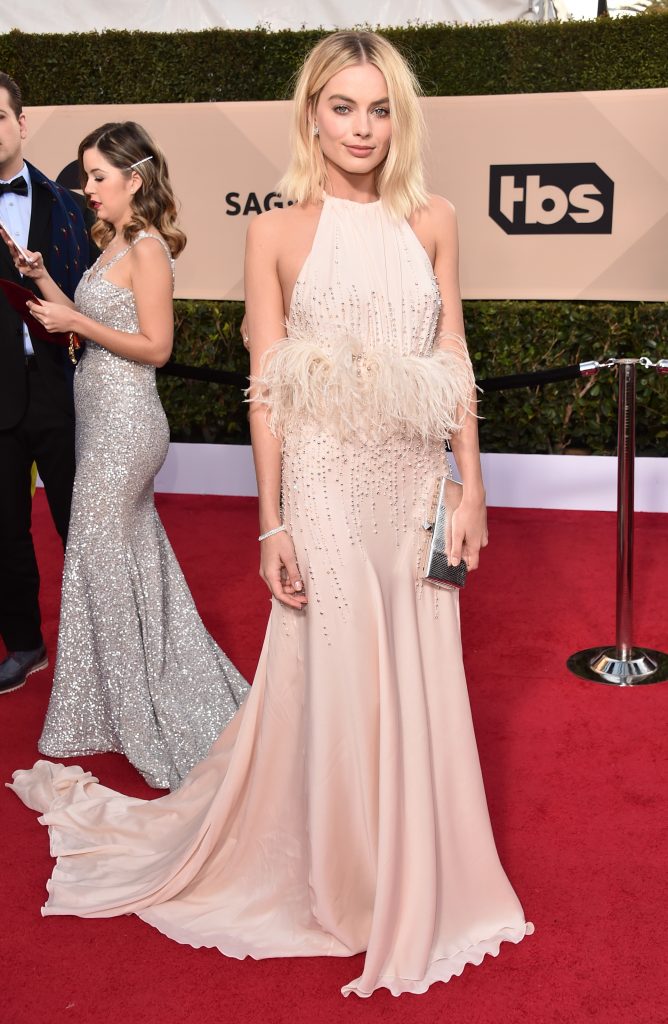 Margot Robbie has been in the eyes of fashion followers forever now. Especially after her iconic Versace look at the Goodbye Christopher Robin premiere.

But the Suicide Squad actress shocked everyone on the SAG Awards 2018 red carpet when she walked down wearing a Miu Miu gown. The first thing you see are the Emu feather-like fluff coming out of the waistline.

The outfit’s detailing was completely disastrous for the actress’ sleek body frame. And no matter how good Robbie’s hair and makeup looked, the dress, on the whole, failed her this time. 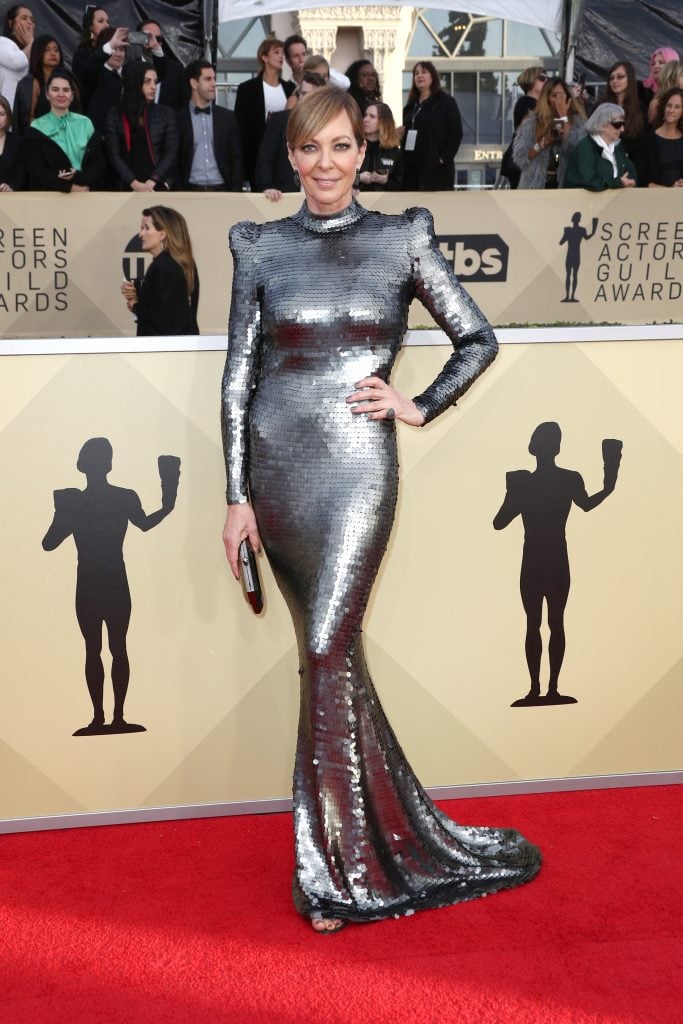 Allison Janney looked like she was about to pop out some dragons from her scaly metallic number!

The Yanina Couture gown was a huge fashion faux-pas. The cold, gray metal discs that made up the entire floor-length gown (full sleeves and all) was too extravagant.

The dress took away from the actress who won a SAG Award in the Supporting Role category for I, Tonya.