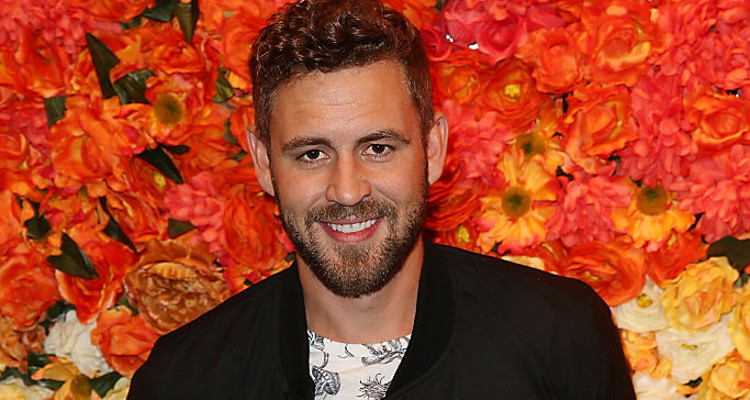 Nick Viall will be courted by 30 ladies on the new season of The Bachelor. He placed second on The Bachelorette seasons 10 and 11, and had no luck on Bachelor in Paradise. While he’s so often busy with his reality TV career, what about his job?

We’ve seen Nick Viall get dumped by Andi Dorfman and Kaitlyn Bristowe in The Bachelorette season 10 and 11 respectively. Right when we thought he was done with finishing second and found love in Jen Saviano while filming Bachelor in Paradise, it was announced that Viall will choose love in season 21 of The Bachelor. The 36-year-old comes with a lot of experience on The Bachelor, prompting everyone to wonder if he’s a professional bachelor. Unfortunately for The Bachelor fans, Nick Viall has a regular job. What does Nick Viall do for a living? Find out here.

He was a Software Sales Executive

At the offset of The Bachelorette season 10, Viall’s skills in wooing, dating, and dining seem pretty clear. It almost seemed like it was his day job. While the dating reality series has seen a host of suitors with hilariously vague job descriptions like “Pantsapreneur” and “Sports fishing enthusiast,” Viall has (or had) a pretty legitimate paying job.

Viall used to work as a software sales executive for a company called Salesforce in Milwaukee, Wisconsin where he was born and raised. Salesforce is a cloud computing company dedicated to helping its clients’ businesses grow.  He has occasionally tweeted business updates about Salesforce, but he didn’t talk much about his job while on the show.

Professionally, Viall is one of the most accomplished bachelors ever on the show. The second oldest of 11 siblings, he has quite a commendable academic record. As a senior at Waukesha North High School, he was an athlete. He won the state-level 800-meter run at the 1999 WIAA Track and Field Championship and holds a track record for the University of Wisconsin where he graduated with a double major in accounting and supply chain management.

Before joining The Bachelorette, Viall had a net worth of $150,000. Now his successful run on TV has increased his net worth to $250,000. Who knows, maybe it will raise again now that he’s on the dating reality franchise for the fourth time?

Viall Transitioned into being an Entrepreneur

Viall was seen as a villain after he forced his way into The Bachelorette season 11. Adding to his bad boy image, he has broken two cardinal rules regarding the Fantasy Suite on both seasons of The Bachelorette, resulting in public humiliation for Andi Dorfman and Kaitlyn Bristowe. Despite his bad televised past, Viall had a way to woo the ladies and seemingly had both Dorfman and Bristowe charmed by him. But both times, he would make it to the finale only to be left stranded.

After barging into The Bachelorette season 11 and losing Bristowe to Shawn Booths, the perennial second-place suitor reportedly went from working for Salesforce to moving to Chicago and starting his own business. The details of his business are not known.

Also Read: Nick Viall’s Family: “The Bachelor” is the Second Oldest of 11 Children

He Ventured into Modeling

Viall is undeniably easy on the eyes, and when he appeared on Bachelor in Paradise, many noted his well-toned body and changed persona. Between The Bachelorette season 11 and Bachelor in Paradise, the 36-year-old signed a contract with Wilhelmina modeling agency in Miami. A look at his Instagram page will reveal The Bachelor hunk modeling jeans, jackets, swimwear, and formalwear by various clothing companies including Fidelity Denim and Bluemint. Viall actively promotes the clothing lines he models on his social media accounts.

Nick Viall had also launched his own website liveloudlovehard.com where he posted his modeling pictorials and interviews. The website also contained blog posts on love. That’s right! Nick Viall is dishing out relationship and love advice the same way he was giving dating advice to Ashley Iaconetti in Bachelor in Paradise. That’s what comes after you’ve tried finding love on television twice.

Watch Nick Viall end his second place stint on The Bachelor, every Monday at 8:00 p.m. EST only on ABC.