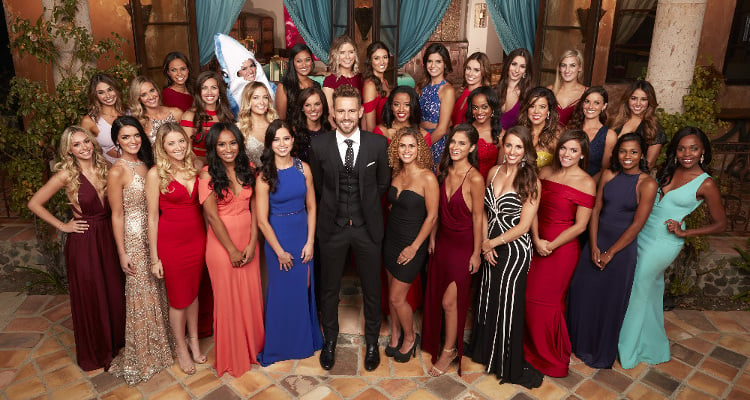 Nick Viall is the new bachelor in town! The alum is a natural in front of the cameras and is making his fourth appearance on The Bachelor franchise, this time as the leading man.

Nick Viall is no stranger to the spotlight. The 36-year-old The Bachelor frontman and model kicked off his reality TV career with season 10 and 11 of the hit ABC show, and went on to participate in season 3 of the spin-off series Bachelor in Paradise. While Viall’s die-hard fans were rooting for his relationship with Jen Saviano to last, it was suddenly announced that Viall would be The Bachelor on season 21. Thankfully, he won’t be the runner-up this time, and will find his ladylove among the 30 beautiful women vying for his attention. Since it was announced that the hunky Viall would be the new bachelor, avid viewers have been scouring social media to find out about Nick Viall’s family, siblings, age, and hometown. Considering that Viall was one of the best prospects on The Bachelorette with his fancy account executive job and stunning good looks, it’s no wonder everyone’s dying to know whether any of Nick Viall’s siblings are available!

Also Read: Nick Viall’s Job: What Does Nick Viall do for a Living?

Nick Viall is the Oldest Brother of 11 Children

For all those who know him, Nick Viall is a family man. The second oldest of 11 children, he has six sisters and four brothers. His large conservative Catholic family hails from the town of Waukesha, Wisconsin in the suburbs of Milwaukee. Although Nick Viall’s hometown visits are frequent, he currently lvies in the windy city of Chicago. The Viall family consists of Mary Viall, a 58-year-old home decorator, and Christopher Viall, a 60-year-old who works for Ries Graphics Ltd. Nick Viall graduated from the University of Wisconsin-Milwaukee with a Bachelor’s degree in business administration in 2004, and went on to work for a company called Salesforce. He is close to his large family and frequently posts photos with his doting parents, siblings, and German Shepherd named Leica on Instagram.

Nick Viall’s parents, who been married for over three decades, met in church and started their family when Mary Viall was 22 and Christopher Viall was 24. Nick Viall’s sisters are Jessica Munro, Sarah, Teressa, Maria Therese, Olivia, and Bella Viall. He also has four brothers: Luke, James, Samuel, and Peter Viall. The conservative Viall family is not devoutly Catholic and openly supports gay rights. In fact, one of Nick Viall’s brothers is gay and has nothing but support from his family and friends.

Maria Therese Viall played basketball and was inducted into the Bud K. Haidet Athletics Hall of Fame, and she is currently a holistic nutritionist. On his last stint on The Bachelorette Viall stated, “Growing up I was more like the father figure,” presumably because his closest brother is seven years younger than him.

He is one of the Oldest Bachelors

Anyone who religiously watches The Bachelor franchise will know that the show is about fixing up 20-somethings and by comparison, Viall is one of the oldest contestants in the series. Don’t be fooled by his boyish good looks, the former software salesman from Wisconsin, is almost approaching 40! Only three of the 30 women vying for Viall’s rose are above the age of 30, while the average age of the contestants is 26. However, Viall isn’t the oldest bachelor to date; Byron Velvick from season 6 of The Bachelor was 40 years old while filming. The second oldest bachelor was Brad Womack who was 35 during his first season, and 38 during his second run; yes, he took two up two whole seasons to make up his mind! While the Midwesterner might be older than his other The Bachelor counterparts, he’s definitely not the oldest! Go figure.