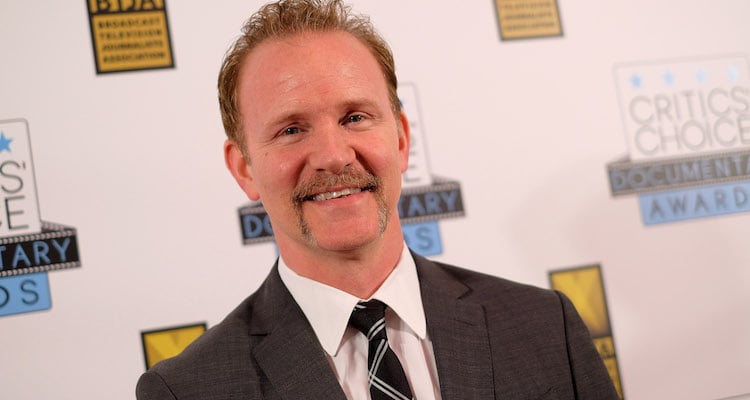 Like many others before him, Morgan Spurlock’s sexual harassment past has surfaced. In a lengthy social media post, the Super Size Me star/filmmaker revealed how he was part of the problem, in the wake of sexual misconduct stories that have spread across Hollywood and Capitol Hill. If you have been looking for more information and want to know about Morgan Spurlock’s net worth in 2017, then we have what you need.

Spurlock was born on November 7, 1970, in Parkersburg, West Virginia. He is best known for directing the 2004 documentary Super Size Me, which followed him eating McDonald’s daily and the obesity epidemic in the United States.

I will personally sign the first 20 SSM DVDs that sell on @indiegogo! Go to https://t.co/6m34CRGPNK & support a film that can help us all! pic.twitter.com/G8MbqYZalx

Morgan Spurlock married Sara Bernstein in 2016. They have a one-year-old son together, Kallen Marcus, who was born on May 22, 2016.

Spurlock currently lives in New York City with his family and was previously married to 42-year-old chef Alex Jamieson from 2006 to 2011. Spurlock’s son with Jamieson is Laken James, 11, who was born on December 9, 2006.

11 years ago, this amazing human came into my life. He teaches me more every day – and every day I grow more thankful that he’s in my world. Happy birthday little man. I love you more than words.

The filmmaker was unfaithful to every wife and girlfriend he’s ever had, citing the instances in a lengthy Twitter post he wrote earlier today. He described the verbal sexual assault he put on his assistant.

“I would call my female assistant ‘hot pants’ or ‘sex pants’ when I was yelling to her from the other side of the office. Something I thought was funny at the time, but then realized I had completely demeaned and belittled her to a place of non-existence,” explained Spurlock.

Spurlock laid it all out the for the world to read, hoping for a change in the industry, and more importantly, in himself.

So, how much money did Morgan Spurlock make from Super Size Me? He reportedly made $22.0 million from the documentary, before taxes.

Although he’s most famous for Super Size Me, he also directed other work, including One Direction: This Is Us, Morgan Spurlock: The Inside Man, Mansome, and the TV series, 30 Days.

Morgan Spurlock’s movies have earned him a reported net worth of $12.0 million.

Quick trip to LA, but got to spend some time with this amazing woman! Thanks for the inspiration @ava – #legend @disney lot, @wrinkleintime

While some wait for others to be outed for their sexual harassment past, Spurlock reportedly decided to write about his own past, and how he was and is part of the problem.

On Wednesday, the filmmaker wrote in lengthy social media post, “As I sit around watching hero after hero, man after man, fall at the realization of their past indiscretions, I don’t sit by and wonder ‘Who will be next?’ I wonder, ‘When will they come for me?’”

Spurlock continued, “You see, I’ve come to understand after months of these revelations, that I am not some innocent bystander, I am also a part of the problem.”

The lengthy post was over a thousand words, confessing the wrongs he’s done and how he plans to change for the future.

Spurlock concluded with, “I am part of the problem. We all are. But I am also part of the solution. By recognizing and openly admitting what I’ve done to further this terrible situation, I hope to empower the change within myself. We should all find the courage to admit we’re at fault. More than anything, I’m hopeful that I can start to rebuild the trust and the respect of those I love most. I’m not sure I deserve it, but I will work everyday to earn it back. I will do better. I will be better. I believe we all can.”

Morgan Spurlock is the latest to be named publicly for his past of sexual misconduct since the Harvey Weinstein story first made headlines.

My new podcast "Week in the Knees" premieres tomorrow! Subscribe today and listen to us brake down all the news that you missed in the midst of the Kim Jung Un showdown! This weeks premiere episode guests were @jonspurney, @theatlantic's @jameshamblin, and @cnn "Reliable Sources" host @brianstelter. SUBSCRIBE! Apple Podcasts apple.co/2vU7RaQ Stitcher – https://www.stitcher.com/podcast/dgital-media/week-in-the-knees I Heart Radio – https://www.iheart.com/podcast/week-in-the-knees-28367249/ Spotify – https://open.spotify.com/show/2U9o6HlicFeLIAW7vfbWhd