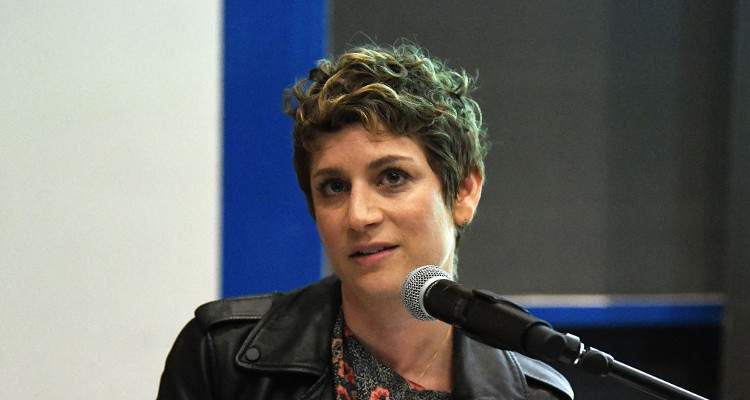 Morgan Spurlock tweeted an alarming confession of having sexually harassed one woman and raped another. This put his wife, Sara Bernstein, who is a vice president at HBO’s documentary arm, in a precarious position. She has been the driving force behind many successful and award-winning documentaries made by HBO and is the mother of Spurlock’s child. Keep reading for more information about Morgan Spurlock’s wife in Sara Bernstein’s wiki right here.

Morgan Spurlock is in confession mode right now. The documentary filmmaker shared the link to a lengthy post on Twitter, admitting that he is guilty of both sexual harassment and rape in separate instances.

The 47-year-old filmmaker declared himself “part of the problem” and expressed his desire to now be “part of the solution.” He said that after watching so many famous men being accused of sexual harassment in the wake of the Harvey Weinstein scandal, he wondered “when will they come for me?” rather than “who will be next?”

Spurlock explained that, eight years ago, he settled a sexual harassment case with a former female assistant whom he regularly referred to as “hot pants” or “sex pants.” Now, with his confession of infidelity, the spotlight has fallen on the people close to him, especially his wife and their marriage.

Born in 1973, Sara Bernstein’s age is 44, and she got married to Morgan Spurlock in April 2016. The wedding took place at their cabin in the Catskill Mountains in southeast New York, and they announced the good news through a quirky Instagram post.

The photo showed Spurlock and a very pregnant Bernstein posing with a guest holding a shotgun in his hands. The effect was hilarious, and it was obvious that the couple, who had been together for eight years and expecting their first child, were very happy to tie the knot.

Sara Bernstein is currently a senior vice president of HBO’s documentary arm and has numerous successful projects to her credit. In her position, she oversees the development and production of documentary films and non-fiction programming for the HBO network.

The HBO producer worked on many acclaimed and award-winning documentaries such as The Case Against 8, Pussy Riot: A Punk’s Prayer, Which Way Is the Front Line From Here?, the Emmy-nominated The Crash Reel, The Life and Time of Tim Hetherington, Alive Day Memories: Home from Iraq, as well as the Emmy-winning films One Last Hug: Three Days at Grief Camp and Mea Maxima Culpa: Silence in the House of God.

Bernstein also worked on Oscar-nominated documentary features like Which Way Home, God Is the Bigger Elvis, Burma VJ, and the Academy Award-winning Music by Prudence.

She even won four Emmy awards, including one for best documentary for producing the Scientology movie, Going Clear in 2016.

Bernstein has one child with Spurlock, and the family of three seem to be very close. However, it remains to be seen how Spurlock’s candid and startling confession about his behavior toward women will affect them.

#happyfathersday to this guy! From these lil guys & me. Greatest Daddy Ever!!! @morganspurlocknyc

Spurlock admitted to being unfaithful to “every wife and girlfriend I have ever had.”

“Over the years, I would look each one of them in the eye and proclaim my love and then have sex with other people behind their backs,” wrote Spurlock.

Sara Bernstein is an educated, accomplished professional who is financially independent and has a mind of her own. Only time will tell how her marriage and life with Morgan Spurlock will pan out, especially now in the face of his startling confession.