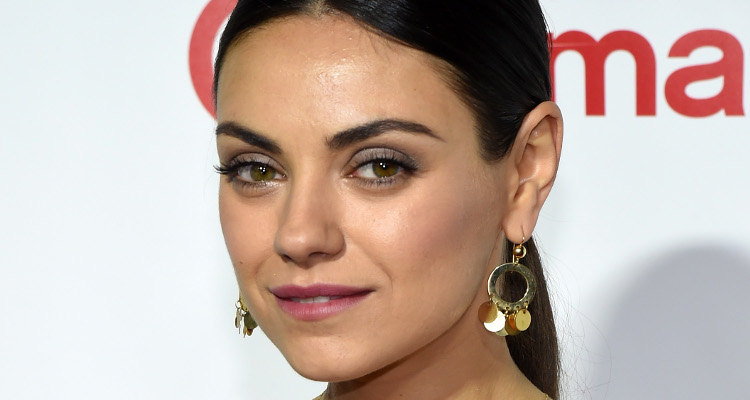 Milena Markovna “Mila” Kunis was born on August 14, 1983 in Chernivtsi, Ukraine. She moved to Los Angeles with her family in 1991, when she was seven years old. Her mother is a physics teacher who opened up a pharmacy, and her father was a mechanical engineer. Kunis has an older brother named Michael.

Mila Kunis pursued acting as an after-school activity and was soon discovered by an agent. She started appearing in several television shows and commercials, before landing her breakout role as Jackie Burkhart on That ’70s Show.

Also Read: Julia Roberts’ Parents: Who & Where Are They?

The actress graduated from Fairfax High School in 2001 and briefly attended UCLA and Loyola Marymount University in Los Angeles.

After finding fame at 15 as Jackie Burkhart, Mila Kunis went on to build a successful movie career. Her breakthrough role on the big screen came in 2008, playing Rachel Jansen in the hit romantic comedy, Forgetting Sarah Marshall. Following the huge success of the movie, roles and calls from directors started pouring in for Kunis. Some of her notable films include Date Night, Friends with Benefits, Bad Moms, Ted, and Black Swan.

Mila Kunis is a voice actor, as well. Since 1999, she has voiced Meg Griffin on the animated series, Family Guy. She was even nominated for an Annie Award for Voice Acting in an Animated Television Production in 2007.

The 33-year-old actress has amassed an estimated net worth of $45.0 million in her acting career.

Before marrying Ashton Kutcher, Mila Kunis was dating child star, Macaulay Culkin. The couple began dating in 2002 and were quite serious, yet managed to stay out of the limelight as much as possible.

In 2011, Mila Kunis confirmed the rumors of her breakup with Culkin, stating that it was amicable. Then in April 2012, Kunis began dating her former That ’70s Show co-star, Ashton Kutcher. After two years, the couple had a daughter, Wyatt Isabelle Kutcher, in 2014. They got married July the following year in Oak Glen, California. Kunis gave birth to a son named Dimitri Portwood Kutcher in 2016.

In January 2011, the actress struggled with chronic iritis that caused temporary blindness in one eye. The corrective surgery allowing Kunis to see resulted in acquired heterochromia iridis, a condition in which a person’s irises are different colors. Her left eye is brown, and the right eye is green.

Mila Kunis has always been seen as one of the hottest actresses in Hollywood. In 2011, GQ magazine named Kunis the ‘Knockout of the Year’ and Men’s Health ranked her #96 in the 100 Hottest Women of All-Time.

Luxury brands like Christian Dior and Gemfields signed Kunis as their brand ambassador in 2012 and 2013, respectively. In 2013, Forbes ranked Mila Kunis #89 on its list of 100 powerful celebrities She also appeared in a range of global advertising for Beam, Inc. in 2014.