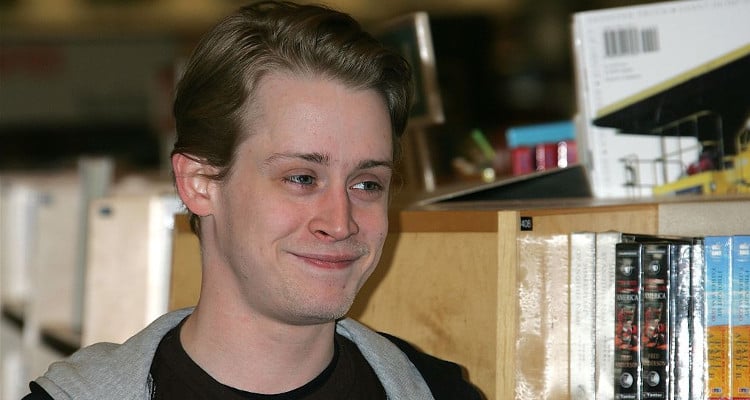 As a child star, Macaulay Culkin had the whole world at his feet, but he decided to retire from acting at the young age of 14. Though his resume boasts over a decade of impressive work, today, he is in a comedy rock band called The Pizza Underground. His net worth is around $15.0 million, which could certainly hold him over as Culkin attempts to make it big in Hollywood again.

He used to be the cutest kid in the world back in the early ’90s! While everyone loved him, his parents were fighting over him, and fighting over control of his finances. Not even kids could help being envious of Macaulay Culkin. He got to do the coolest things like staying alone at home, eating nothing but pizza, and hanging out with Michael Jackson. But where is the Home Alone kid now? We have all the details on what Macaulay Culkin is up to these days.

How Old is Macaulay Culkin Today?

Macaulay Culkin was born on August 26, 1980 in New York City, to Kit Culkin and Patricia Brentrup. Culkin went to the Professional Children’s School and the School of American Ballet. He started acting at the age of four in several small films before becoming a superstar, thanks to Home Alone in 1990. Culkin, who is now 36, is still known for his roles from over 20 years ago in movies like My Girl, Home Alone 2: Lost in New York, The Nutcracker, The Pagemaster, and Richie Rich.

Also Read: Abigail Breslin’s Boyfriend in 2017: A Look at Her Relationship Timeline

Retiring at a Young Age

Then, he simply dropped out. Culkin retired from acting at the age of 14, citing his parents’ bitter custody dispute as a reason. He claimed that they were fighting for his fortune and not for him. Culkin subsequently sued his parents to keep his assets from them. So, what is Macaulay Culkin doing now? After some years in the wilderness, being charged with possession, and tabloids falsely reporting an addiction to heroin and oxcodone, Culkin has been laying low. He returned to acting with roles in small films like Sex and Breakfast, The Wrong Ferrari, and Adam Green’s Aladdin and in TV shows like Kings and Robot Chicken.

Culkin has taken to music in a big way with the band The Pizza Underground. His New York-based, comedy rock band heavily parodies hits from The Velvet Underground, as well as others, with a pizza theme. Macaulay Culkin’s net worth is $15.0 million, which he was successful in keeping away from his father, who controlled his career and finances when Culkin was younger.

Also Read: Monica Lewinsky Now: What is the Activist and Former White House Intern up to Now?

Culkin was a close friend of Michael Jackson, and he often spent time with the late singer. He is the godfather to Jackson’s daughter, Paris Jackson, who last week shared a picture of herself sitting on Culkin’s lap. The two are very close, and it seems that they celebrated Easter together. We hope we will get to see more of Macaulay Culkin soon, even if it’s at a pizza-parodying Velvet Underground party!