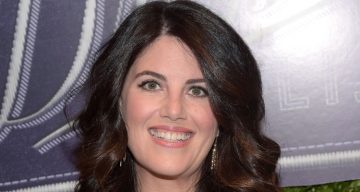 FX’s American Crime Story showrunners Ryan Murphy are reportedly looking at bringing the infamous sex scandal between Monica Lewinsky and Bill Clinton to the small screen. What is Monica Lewinsky doing now? We have more about Monica Lewinsky right here.

Monica Lewinsky is back in the spotlight as screenwriter and producer Ryan Murphy is rumored to be focussing on her sex scandal for the next season of American Crime Story. Murphy allegedly wants to adapt Jeffrey Toobin’s A Vast Conspiracy: The Real Sex Scandal That Nearly Brought Down a President as the basis for the show. Here is what we know about the former intern.

The kind and intelligent Monica Lewinsky in NYC back in late 2000. Fantastic woman who has handled her life with complete dignity. God bless!

Monica Lewinsky was born in San Francisco, California on July 23, 1973, which makes her age 43. In 1995, she graduated with a psychology degree from Lewis & Clark College in Portland, Oregon. The same year, with the help of family connections, she got the opportunity to intern in the office of White House Chief of Staff Leon Panetta. In December 1995, Lewinsky started a paid internship in the White House Office of Legislative Affairs.

Initially, both Bill Clinton and Monica Lewinsky denied any wrongdoing. However, when evidence began surfacing, Lewinsky revealed that she was involved in a sexual relationship with the former President a total of nine encounters between the winter of 1995 and March 1997. After being transferred to the Pentagon in 1997, Lewinsky confided to her friend Linda Tripp about her relationship with Bill Clinton, and Tripp secretly recorded Lewinsky’s conversations about the President. Tripp also advised Lewinsky to keep Clinton’s gifts and not clean the infamous semen-stained blue dress.

News of their scandalous affair was revealed in 1998 and Lewinsky immediately garnered media attention. To stay away from the limelight and further harassment, she spent weeks in hiding. After Tripp had given her tapes to independent counsel Kenneth Starr who also got a hold of Lewinsky’s dress, Clinton confessed to having an “improper physical affair.”

Where is Monica Lewinsky Now?

Monica Lewinsky’s life post-scandal was difficult. She worked with author Andrew Morton on her biography, Monica’s Story, about her side of the Clinton affair.

Lewinsky then tried her hand in different career paths. She designed a handbag line, promoted Jenny Craig, and even made an appearance as a television correspondent and host.

Lewinsky wanted to get away from the limelight, so in 2005, she moved to London to pursue a master’s degree in social psychology from the London School of Economics. In 2013, a few items of her clothing were put up for auction including a black negligee and a letter signed by Bill Clinton.

What is Monica Doing Now?

There is no news about whether or not Monica Lewinsky is married or in a relationship. Her net worth is estimated to be $500,000, which is a result of her many appearances on TV, her biography, and other work. 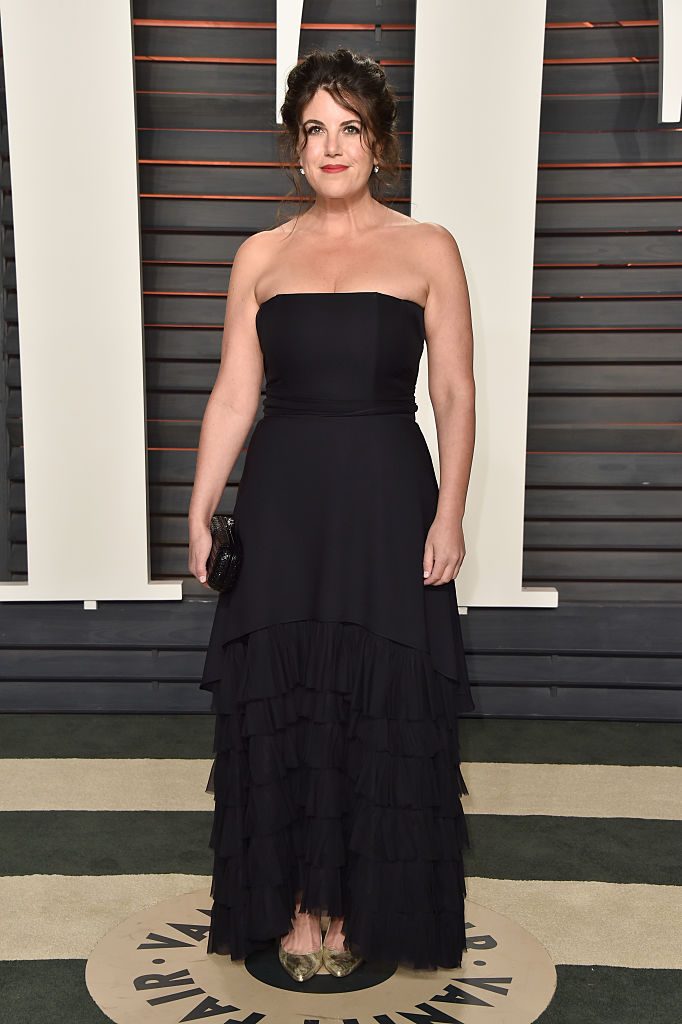 In 2014, Lewinsky took a stand against cyber bullying to reduce the number of suicides resulted from bullying. She continued to speak out actively against the same on TED Talk. We last saw Monica Lewinsky in the public eye during a Vanity Fair party in 2016.