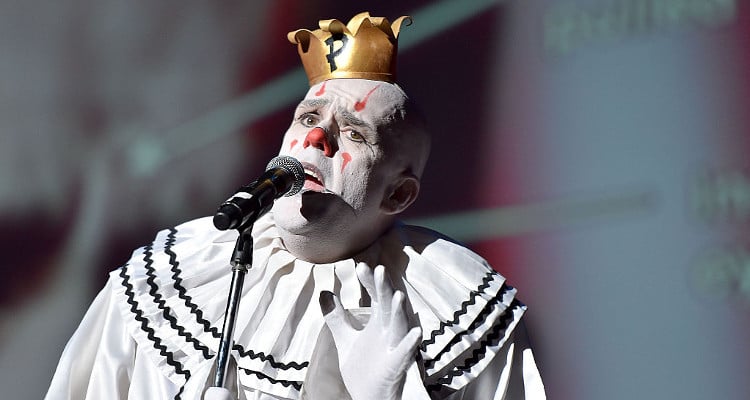 During this season’s premiere episode of AGT, a sad clown named Puddles took the America’s Got Talent 2017 stage and surprised everyone with his seriously talented voice. The 53-year-old Mike Geier, aka Puddles Pity Party on AGT, mesmerized the audience with his baritone rendition of Sia’s “Chandelier.” The equally stunned judges praised the clown’s originality, while Cowell complimented his performance as being “fantastically brilliant!” If the clown has piqued your interest then continue reading our Mike Geier Wiki to learn more about Puddles Pity Party.

Born on March 12, 1964 in Philadelphia, Pennsylvania, Michael Geier is a singer, entertainer, and fronts the band Kingsized. He is 6’8” and is affectionately known as Big Mike. He grew up in Richmond, Virginia with two brothers and four sisters, all of whom are at least six feet tall! He was raised in a musically conducive environment —his father was a big music fan while his mother loved to sing.

The 53-year-old’s singing and entertainment career began in the early 1990s as the lead singer of the Swing Noir band, “The Useless Playboys.” They toured around and in 1995, Geier moved to Atlanta where he started Kingsized. He also occasionally composes for Cartoon Network’s Adult Swim block.

Who is Puddles Pity Party? 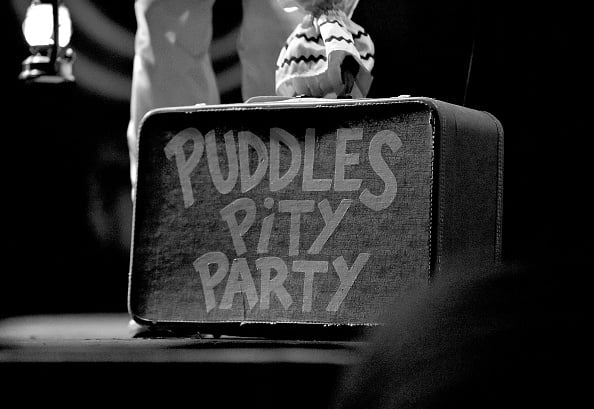 Mike Geier takes on the persona of Puddles, a clown who has been seen in several viral videos on YouTube since 2013. Known as Puddles Pity Party, one of his most notable work is with Scott Bradlee’s Postmodern Jukebox.

Puddles is a somber clown, noted for his distinctive white-face costume and baritone singing voice. During his Puddles Pity Party act, he doesn’t speak on stage or in interview, which Geier says is because, “The world’s kind of noisy enough already.”

Puddles Pity Party has been around since the 1990s and was in the Aqua Teen Hunger Force’s 2010 tour. After Geier moved to Atlanta, Georgia in 1995, the clown regularly appeared in vaudevillian cabarets at Teatro ZinZanni in 2011. Then, in 2013, he opened for Eels during their tour of the U.S. and Europe.

In October 2013, he recorded a cover of Lorde’s “Royals” with Postmodern Jukebox on YouTube. The video started to trend, and currently has over 19 million hits! Puddles Pity Party has also collaborated with Postmodern Jukebox’s Scott Bradlee on YouTube several times. Since 2014, he has toured the world with concerts in the United States, United Kingdom, Belgium, and Australia.

Also Read: What Happened to Nick Cannon? Did He Quit “America’s Got Talent?”

The 53-year-old sulking serenader gained popularity in Halloween 2013, when his Lorde cover caused a collective frenzy. Following his fame, the sad clown went on to build a fan base of more than 192K on Facebook.

Puddles Pity Party has since performed all over the world, garnering rave reviews at festivals like Edinburgh Fringe, Adelaide Fringe, Melbourne International Comedy Fest, Perth Fringe, and Belgium’s Gent Fest. He was a featured performer in La Soiree’s 2014 Southbank show in London, which won the Olivier Award. The sad clown was also handpicked by Neil Patrick Harris to perform Just for Laughs’ “Circus Awesomeus” gala filmed for HBO Canada, while Jack Black had Puddles perform at the 2015 Festival Supreme.

Who knows where his latest stint on America’s Got Talent will take him next! If he wins, the possibilities are endless!