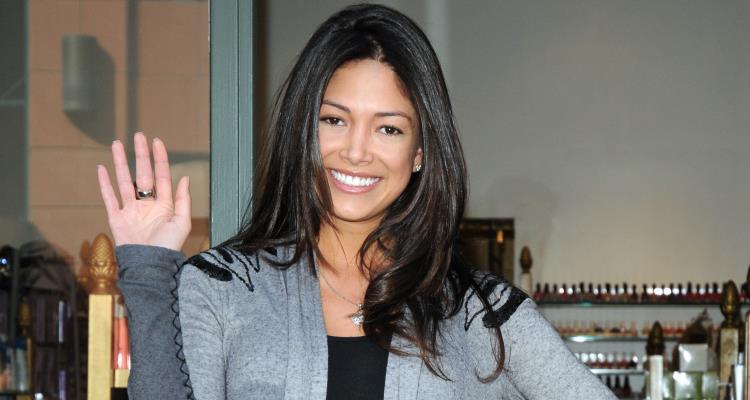 Johnson was born on July 12, 1985, in Colorado Springs, Colorado, to parents Richard and Annette.

She’s not just a pretty face, according to her Facebook page; Johnson has been a sales communication manager for Yellow Pages since 2014. In 2007, Johnson graduated from the University of Southern California with a Bachelor of Arts in Communication. Looks like she’s not just another trophy wife—we like her already! (We half expected to learn that she tried out for Bachelor in Paradise.)

Johnson gave birth to Michael Phelps’ son, Boomer Robert Phelps, on May 5th. Nicole Johnson’s pics are mostly of her baby, posted all over the official Nicole Johnson Instagram account (@nicole.m.johnson). That’s also how she shared the news of Boomer’s arrival into the world. On February 21, Michael proposed to Johnson and she shared this news with the world via Instagram as well.

That’s right—Johnson was crowned Miss California USA in 2010 and was runner-up for the title in 2007. She has competed in seven pageants in total.

She knows Her Jewels

It only makes sense that a former crown holder would know a thing or two about gems, and that’s Johnson’s field of expertise. In 2011, the future Mrs. Michael Phelps became an “accredited jewelry professional” through the Gemological Institute of America, according to her LinkedIn profile. This means that the girl knows her diamonds, so it’s a good thing that her fiancé picked out a good one.

Before Boomer, Johnson’s first child came in the form of a French bulldog name Ms. Juno. She loved her dog so much that she created an Instagram account for her. What can we say—the girl loves her Instagram! According to Ms. Juno’s Instagram account, she was named after the Roman goddess, who was an Olympian—how fitting since her father is a non-mythical Olympian.

Well, there you have it: all the facts you need to know about Nicole Johnson. Do you think she’s a good match? Let us know in the comments section below!