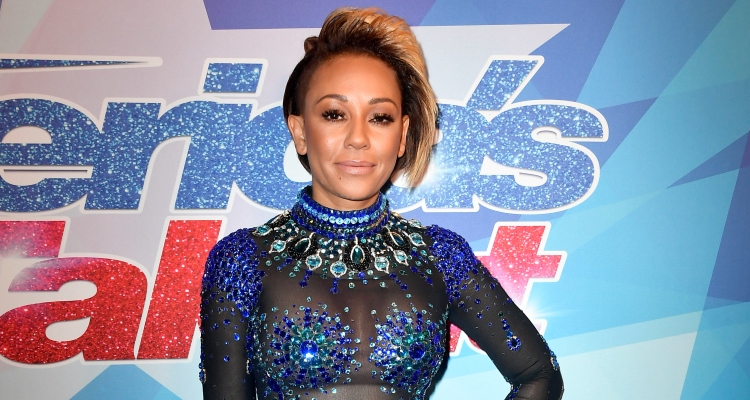 As usual, Mel B was on America’s Got Talent but for a brief moment, her inner diva made a cameo. Why did the former Spice Girl walk off the stage? Here’s a hint: it involves Simon Cowell and a daredevil act gone wrong! Does Mel B get paid enough to put up with this? Well she must, because Mel B’s net worth is an astounding $33.0 million! We’ve got all the details below!

Mel B‘s age is 42 years old and she was born Melanie Janine Brown on May 29, 1975. She is an English singer and TV personality, most famously known as part of the Spice Girls. Anyone who grew up in the ’90s is familiar with Mel B’s songs and Mel B’s albums from her days as “Scary Spice.” She was one fifth of one of the most popular girl groups of her time and she and her friends hit the scene with their smash hit “Wannabe” in 1996. From Spice to Forever, the Spice Girls could do no wrong, even after the departure of Geri Halliwell, also known as “Ginger Spice.”

All has not been well at Mel B’s house. Mel B’s divorce settlement with her second ex-husband, producer Stephen Belafonte, has been settled by a judge in the amount of $40,000 in spousal support. After 10 years of marriage, Mel B filed for divorce due to irreconcilable differences. According to court documents, they have been separated since December 28, 2016. Mel B asked for joint custody of Madison, and had requested to terminate the court’s ability to award spousal support, which didn’t go so well.

In June 2007, Mel B and Stephen got secretly married in a Las Vegas wedding, according to People.

In a statement to People, Melanie Brown’s representative said: “Regarding the marriage, Mel and Stephen have known each other for many years and were great friends first. Now they are deeply in love. The two are very happy together.”

They first met when she was pregnant with Eddie Murphy’s child and going through a bitter paternity test with her now ex-boyfriend.

Both Mel B and Stephen have children from previous relationships. She has two daughters with her ex-boyfriends Eddie and ex-husband, Jimmy Gulzar: Angel (9) and Phoenix Chi Gulzar (18). Belafonte has one daughter: Giselle (12) from his previous relationship with ex-girlfriend, Nicole Contreras. Melanie Brown and Stephen Belafonte share one daughter, Madison, who was born on September 1, 2011.

Dinner with my babies!,today me and my girls put away our phones and iPads and asked eachother questions and talked about life,crazy,you try teach your kids everything then they turn around teach you even more #blessed???? #myfamilyismylife

Mel B lost her father to cancer in March, so when one contestant, 13-year-old Evie Clair, came on the show, Mel B couldn’t help but connect with her.

“When you lose somebody, you don’t really expect to be in the same situation as somebody else when you’re on live TV, and they’re going through the same thing,” she shared with Entertainment Tonight. “So when her story came up again, I’m like, ‘Oh my gosh, that’s very similar to mine.’ I wanted to put the story aside and just focus on her voice, but it all just collided. Thank god she has such a beautiful voice.”

I just wanted one last hug and for you to no how much I really love you #ripdad???? #daddysgirl #mostimportantmaninmylife #inoyourwithmestill

Scary Spice is Back!

For those who thought Scary Spice wouldn’t return, well, you were wrong. Mel B’s claws came out when Cowell threw some shade at the Spice Girls alum, after a stunt went wrong on AGT last night. The stunt involved magician Demian Aditya locking himself in a wooden box, suspended over a pit of fire. But that wasn’t the real show, at least from the audience’s perspective. It was revealed that there was a technical issue but the magician was alive and well, and snuck up behind the judges trying to save face from an obviously unexpected error. That’s when he received Xs from Mel B and Cowell.

“I kind of imagine this would be like Mel B’s wedding night,” Cowell joked. “A lot of anticipation, not much promise or delivery.”

Before Cowell could even deliver the punchline to his own joke, Mel B threw her drink at him and walked off the stage! It’s not the first time the two have butt heads and we are sure it won’t be the last. Plus, we can imagine that her divorce is not something she wants brought up again. She isn’t on good terms with her ex the way Seal and co-judge Heidi Klum are!

Mel B’s response: “I just [wish] I would have had cranberry juice in there or something, and then his whole body would be really sticky!”