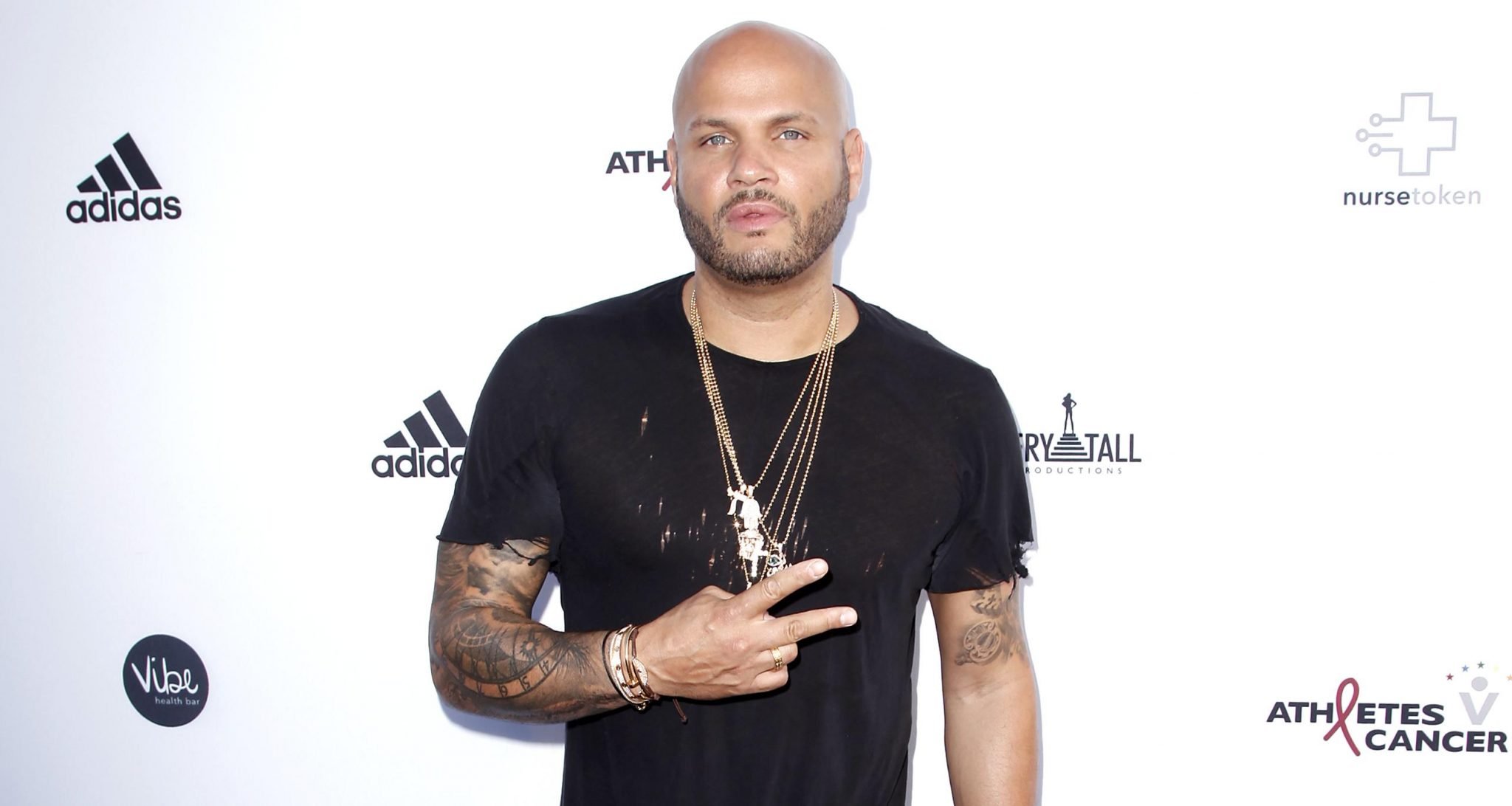 Stephen Belafonte was married to ex-Spice Girl Mel B for 10 years, but their marriage ended after a bitter divorce battle in August 2018. Belafonte will receive up to $8.41 million over the next three years, thanks to his divorce settlement from Mel B. He is a film director and producer in Hollywood who worked on several films like Thank You for Smoking and The Mutant Chronicles. Belafonte has two children from two different women and has the responsibility of co-parenting his two daughters.

The answer is no!

Stephen Belafonte was married to Mel B for over 10 years before the couple filed for divorce and parted ways. Now, many are curious to know more about Mel B’s ex-husband, so here are some details from Stephen Belafonte’s wiki.

Who Is Stephen Belafonte?

Born on May 18, 1975, in Hollywood, California, Stephen Belafonte’s age is 43. He was one of seven children born to his mother.

When he was just 12 years old, Belafonte, his mother, and his six siblings moved to Point Pleasant, New Jersey. But he moved back to Los Angeles, California when he was 18 years old.

He Is a Producer in Hollywood

Belafonte enrolled at the Loyola Marymount University. After graduating from college, he set up a film production company called Remag.

He produced several films like Thank You for Smoking, The Mutant Chronicles, and Bad Lieutenant: Port of Call New Orleans starring Nicholas Cage and Eva Mendes. He also produced the TV series, I Pity the Fool.

While Belafonte was making his moves in Hollywood, his personal life also saw plenty of action.

In 1997, he married Nancy Carmell in Los Angeles. However, their marriage lasted barely two months before she fled to her native Honolulu and filed an appeal for the marriage to be annulled.

Belafonte then had a relationship with model Nicole Contreras. The couple had a daughter named Giselle, who was born in 2004.

In 2003, he was charged with beating Contreras at their home after getting drunk after initially denying that he hit his girlfriend. He later said that he was “confused and stressed” when he beat her.

When Stephen Belafonte Met Mel B

Belafonte met Mel B on the set of a film called Talk, and they started dating in February 2007. Their passion for each other only grew stronger and got married in June 2007 in Las Vegas, Nevada.

A year later, they repeated their marriage vows before family and friends in Egypt.

I miss you so much my little angel!!! I will keep fighting until I can tell you how much I love you and I feel like My heart has been ripped out because someone wants to use you as a tool to hurt me but I will fight for you just like you are my biological daughter!!! Just to address the haters I don’t receive money from seeing my daughter a matter of fact I have to pay money out of my own pocket to fight to see her!! #dontsettle #stepfatherslove

Things got even better for the couple when Mel B gave birth to their daughter, Madison Belafonte, on September 1, 2011.

The first sign that all was not well on the marriage front came in 2014. Mel B appeared on the X Factor UK’s live Sunday show with visible bruises and scratches on her face and arms.

Belafonte was accused of physically assaulting her, and things got even worse after that.

On March 20, 2017, Mel B filed for divorce from Belafonte citing “irreconcilable differences” between them. She asked for joint legal custody of their daughter and requested spousal support for Belafonte be terminated.

Belafonte found himself blocked out from her $51.75 million fortune. He realized that he would get a minimal amount from Mel B’s fortune because he had signed a prenuptial agreement with her.

In July 2017, there were reports that Belafonte was receiving $39,460 a month as emergency spousal support and his legal fees were being covered to the tune of $138,304.

He Was Accused of Fathering a Baby

Mel B accused Belafonte of physical abuse and fathering a baby with their nanny, Lorraine Giles. She claimed in her divorce papers that he had arranged a sham marriage for their German-born nanny so that she could stay back in the U.S. and continue the affair. Giles had claimed that she had sex with Belafonte up to 15 times.

Meanwhile, Belafonte accused Mel B of launching a “smear campaign” against him in an effort to protect her reality TV career. He spoke strongly against her allegations, especially the one that he had got their nanny pregnant and called them “outrageous and unfounded.”

The acrimonious divorce was finally settled in 2017, when Mel B struck a private deal with Belafonte’s lawyers. However, they still had to wait for the judge to finalize the proceedings.

Divorce Will Make a Belafonte a Rich Man

Rainy in london!! I've been waiting for my baby boo @officialmelb to finish running around in the rain!! Can u spot her? #whereswaldo #wheresmelb

Belafonte walked away rich from his divorce, as according to reports, Mel B has agreed to pay him $3.88 million over three years as well as $4.53 million from the sale of the home they once shared together.

The court ordered Belafonte and Mel B to share custody of their daughter, Madison, and work out a schedule of how they were going to spend time with her.

According to sources, Stephen Belafonte’s net worth is currently estimated at around $1.0 million. However, his wealth is expected to grow as money from his divorce settlement comes in over the next few years.

Mel B’s ex-husband has gotten into trouble with the law over the last two decades on charges of receiving stolen property, vandalism, killing a mallard, and fighting with people.

He Has Many Responsibilities Now

Now, Belafonte is faced with responsibility of co-parenting his daughter. He may be free from his wife with whom he had a troubled relationship, but he still has a young daughter to raise.

The courts expressed hope that Belafonte would change his ways and prove to be a good father and citizen for the rest of his life. The ball is in Stephen Belafonte’s court now!