Matthew McConaughey is like old wine. The Lincoln Lawyer allowed audiences to see him as more than a leading man in romantic comedies. Today, McConaughey is an Oscar-winning actor who can deliver box-office successes. With a net worth of $95.0 million and a loving family to support him, McConaughey is a happy man.

Everybody knows that change is important in all aspects of life. Nobody knows this better than actor Matthew McConaughey. In the 1990s, he had varied roles like the coming-of-age comedy Dazed and Confused, the slasher thriller Texas Chainsaw Massacre: The Next Generation, the legal thriller A Time To Kill, and the satirical comedy edTV. Though there was no consistency in his roles, he managed to get his name out there, soon appearing as himself in an episode of Sex and the City. In the 2000s he specialized in romantic comedies, appearing in films like The Wedding Planner, How To Lose A Guy In 10 Days, Failure To Launch, and Ghosts of Girlfriends Past. Since 2011 audiences have seen a serious side to McConaughey with roles in The Lincoln Lawyer, Paperboy, The Wolf of Wall Street, and Dallas Buyers Club.

Now, with a couple of big movies due to be released in 2017, people are getting curious about Matthew McConaughey’s net worth. McConaughey was born on November 4, 1969, in Uvalde, Texas, to Mary McCabe and James Donald McConaughey. His mother is a former kindergarten teacher and a published author, while his father ran an oil pipe supply business. McConaughey lived for a year in Warnervale, Australia as a Rotary exchange student in 1988 before going to college. He attended the University of Texas at Austin where he earned a Bachelor’s degree in radio-television-film studies.

Abandoning his initial plans of becoming a lawyer, McConaughey drifted towards acting. His first break came when he was cast in the cult classic Dazed and Confused in 1991. McConaughey only had a few minor roles in films before catching his big break in the film A Time To Kill, based on John Grisham’s bestselling novel. This led to bigger roles in movies like Contact, edTV, Amistad, The Newton Boys, and U-571.

A Flair for Romantic Comedies 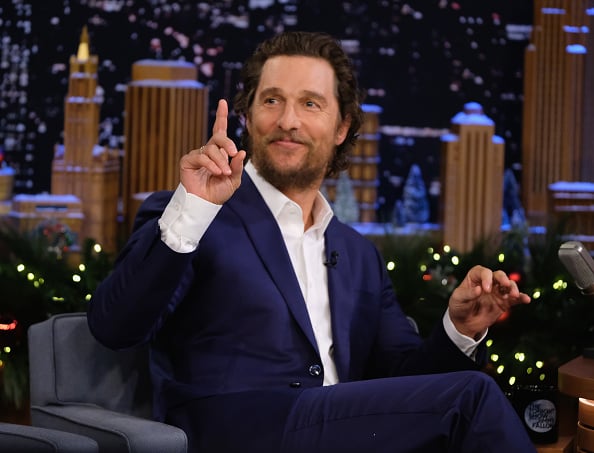 His rugged good looks and his flair for comedy did not go unnoticed, resulting in Matthew McConaughey getting offers to star in romantic comedies. He plunged into work and churned out several box-office hits like The Wedding Planner, How To Lose A Guy In 10 Days, Failure To Launch, and Fool’s Gold. He also worked on his comedy chops in the clever Tropic Thunder, and was inspiring in We Are Marshall. He began to accept that his “lifestyle, living on the beach, running with my shirt off, doing romantic comedies” led to him being typecast, and he wanted audiences to see what else he had to offer.

Matthew McConaughey played Mick Haller, a ruthless defence lawyer who needs to revisit the past, in The Lincoln Lawyer. This was the first time in years that audiences were able to see him in a dramatic light. Realizing his potential, McConaughey was then cast in the role of Ron Woodroof in Dallas Buyers Club. Woodroof is an electrician and bull rider who discovers he has AIDS. The film garnered critical acclaim from all quarters, and McConaughey won a slew of awards including the Oscar for Best Performance by an Actor in a Leading Role. Since then, McConaughey has been deliberate and thoughtful when choosing roles. 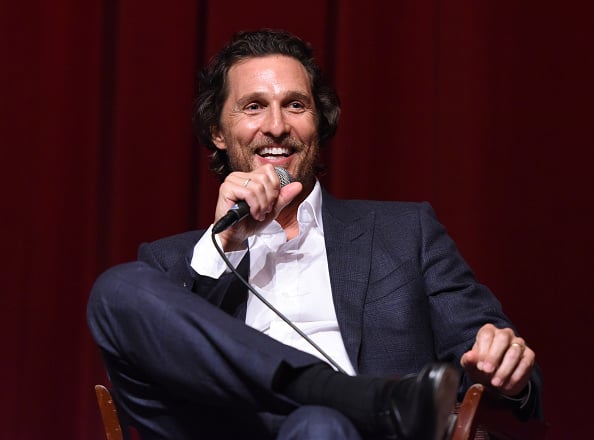 He also starred in the first season of the HBO series True Detective and was nominated for awards, including a Golden Globe and Emmy for his performance. Critics singled him out for praise, saying, “McConaughey seems to be tapping into something essential, remaining himself while stretching, getting older while staying the same age.” They have called his journey of taking on more complex and dramatic roles as “The McConaissance.” 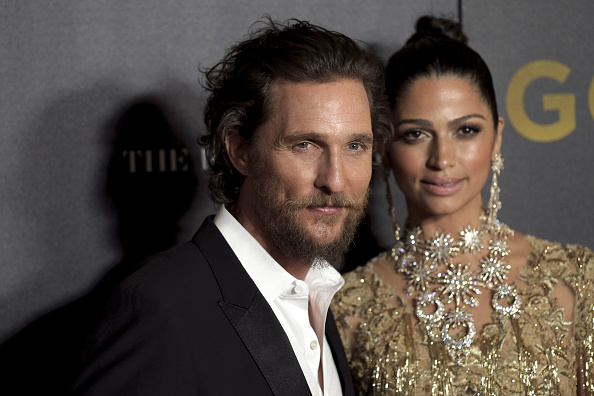 This year will show McConaughey in two films that will bring out his dark side, Gold, and The Dark Tower. Matthew McConaughey’s movies are now among the most eagerly awaited films of 2017. Matthew McConaughey’s wife is the Brazilian model and television performer Camila Alves. They have three children: sons Levi and Livingston, and daughter Vida. So how does McConaughey keep the kitchen fires burning? Well, he doesn’t have to worry. Matthew McConaughey’s salary for his 2016 film The Free State of Jones was at least $5.0 million. He was also offered at least $15.0 million for accepting a role in the proposed Magnum, P.I. movie. McConaughey turned down the offer, wanting instead to appear in films that “put an indelible mark on the world.”

How Much is Matthew McConaughey’s Net Worth?

Matthew McConaughey’s net worth is a cool $95.0 million and is sure to grow thanks to his upcoming long and prosperous career in Hollywood. After all, Matthew McConaughey’s age is just 47. With such a high net worth, it’s no wonder that he lives like a king with his family in the Rivercrest area of Austin. McConaughey’s house was originally listed at $6.6 million and was built in 1997. It measures in at over 10,000 square feet and has seven bedrooms, eight bathrooms, one elevator, an oak tree shaded gated drive with two circular motor courts, a four car garage, and seven boat slips down the hill to Lake Austin. 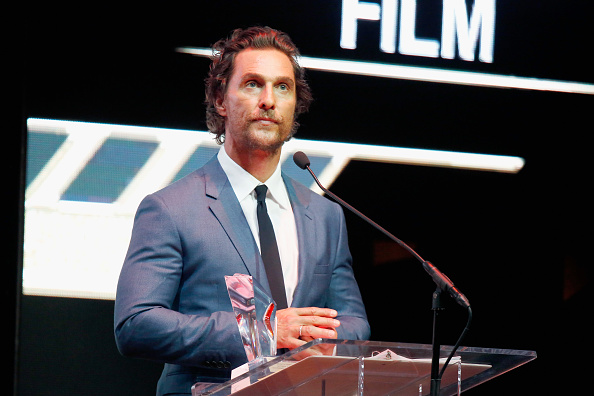 With a healthy list of quality movies behind him and a happy family of his own, McConaughey is on cloud nine. He wants to play roles that test him as an actor. With a bunch of awards already in his roster, McConaughey can focus on his career and have more outstanding performances that could very well earn him that second Oscar.