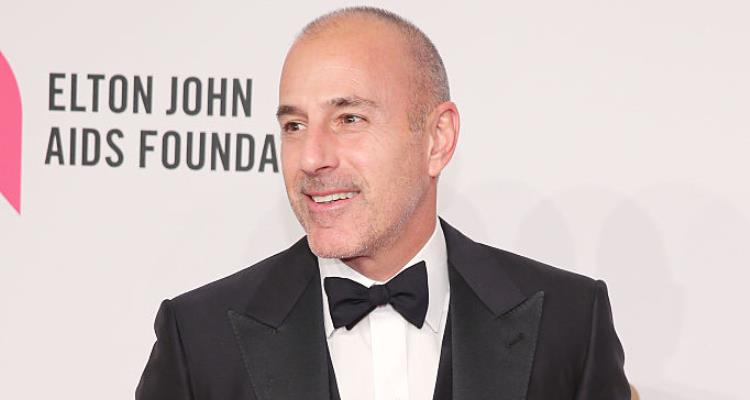 Where is Matt Lauer, today? Pardon the pun, but since the disgraced anchor was fired for sexual misconduct, many are still wondering where he is now and if his career and image can be salvaged. What is Matt Lauer doing now? Keep reading if you want to know more.

Guthrie and Kotb on the Olympics

It’s 2018 and many are wondering where the former NBC anchor is hiding out. The 2018 Winter Olympics are now over and many have learned that the ratings were at a record low this year. While some blame lack of interest, others feel that it might be the result of Lauer’s firing, since he didn’t cover the event. A more supported claim would be the use of streaming and the performance of the athletes. The Olympic Games were covered by Savannah Guthrie and Hoda Kotb, who earlier admitted that this time was a transitional period.

“There’s no question this has been a transition,” Guthrie said to People. “We’re just trying to move forward and appreciate the good situation we have now and we’ll just continue to try to do our best.”

Kotb added, “You just have to accept that this is the way it is, and we’re just making our way. And we both love sports, we both love the Olympics, and I think we’re going to end up having a great time.”

Guthrie also talked about her excitement of covering the Olympics this year, with her friend and co-host.

“You can’t overthink it. You just have to the show you know how to do, and that’s what I think we’re trying to do,” said Guthrie. “We have a great story to tell because the Olympics is just pure, unmitigated joy. It’s a happy story for our country; It’s something that everybody can do together. It’s great to have the show revolve around that for a couple of weeks.”

Where Is Matt Lauer Now?

As for the whereabouts of the former Today host, no one has an exact idea of where he could be. However, we do know that his wife, Annette Roque, filed for divorce after his firing in November and she reportedly threw him out of their Hamptons home.

“I can say that I would be surprised if — if — many women did not understand that there was a climate of verbal harassment — that existed. I think it’d be surprising if someone said that they didn’t see that. So it was p — a verbal — sexual –,” she said on CBS This Morning.

Curry also said that correcting the power imbalance at the work place, which often leads to harassment, is long overdue.

“We clearly are waking up to a reality, an injustice that has been occurring for some time. And I think it will continue to occur until the glass ceiling is finally broken,” she said. “I’m not talking about people being attracted to other people. I’m talking about people in the work place who are powerful, who are abusing that power — and women and men are suffering.”

As for Lauer, he’s likely laying low but there’s no sign of his career or public image being rehabilitated. Since he went on to delete all forms of his social media, it is difficult to confirm where he is or what he has been up to since his firing. One thing is for sure; he’s staying as far away from the limelight as possible right now.