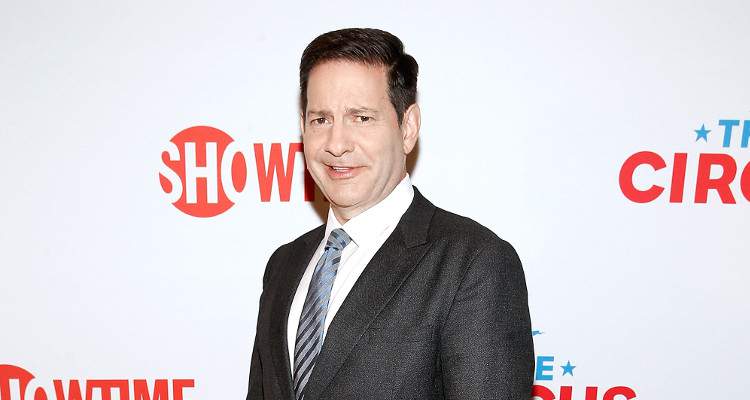 Mark Halperin was once famous for his political insight and his popular books on the presidential elections. Halperin’s net worth hasn’t been calculated, but he built a name for himself giving political analysis on TV. But now, he’s making headlines for the wrong reasons, as multiple women are accusing him of sexual harassment.

Harvey Weinstein’s scandal has opened a can of worms, as famous people in entertainment, media, politics, and Hollywood are being outed for their offences. More victims are emboldened to come out against their harassers, and veteran political journalist Mark Halperin is the latest on the receiving end of sexual harassment charges.

Five women have come forward accusing Halperin of sexual harassment. This scandal has prompted some to ask if he is married or has a girlfriend.

Learn all about him and the accusations, right here in our Mark Halperin wiki.

Rising from the Ranks

Halperin and his brothers, David and Gary, were raised in Maryland by their parents, Ina Weinstein Halperin Young and Morton Halperin. His father was a foreign policy expert who worked for the Pentagon.

Mark Halperin graduated from Harvard with a Bachelor of Arts in 1987, but he was undecided about his career path. So, his family pulled some strings and he started working at ABC News the following year.

Halperin was a desk assistant at the network and a researcher for World News Tonight, before being promoted to the investigative unit. He became a general assignment reporter in Washington and provided full-time coverage as an off-air producer of Bill Clinton in 1992. Soon after, he became the producer for ABC in New York and the editorial producer later on.

In 1997, Halperin was appointed as the political director at ABC News and appeared on the network’s programs as a correspondent and analyst. He founded The Note, which provides a summary and analysis of weekly political stories published on ABCNews.com.

As a result of his expertise, Halperin was hired as a political analyst for ABC, Time magazine, and MSNBC. He was also on the board of the New Hampshire Institute of Politics at Saint Anselm College.

The difficulty of winning a contested dog catcher race in Tennessee is often understated. The Democratic courthouse crowd still strong

A Scribe on the Elections

The 52-year-old’s political knowledge makes him a sought-after analyst and has also written books. Most of his works offer a deeper political insight into the most famous presidential elections.

Mark Halperin’s net worth hasn’t been calculated. But, he’s probably made a pretty penny through his bestselling books.

He co-wrote the book, The Way to Win: Clinton, Bush, Rove, and How to Take the White House in 2008. And when Barack Obama won, he covered the elections in the books, Game Change and Double Down: Game Change 2012. His book was made into a movie by HBO in 2012, where Halperin made a cameo as a journalist.

The veteran analyst’s career hasn’t been without its ups and downs. He was once suspended by MSNBC in 2011 for calling Barack Obama a slur on air.

“I thought he was kind of a d**k yesterday,” Halperin said of the then president on the show, Morning Joe.

Both the network and Halperin issued an apology to Obama. He was suspended for about a month.

Halperin has long been criticized for his election coverage with some saying his reporting is “shallow and predictable.” And he was given the No. 1 spot on Salon’s 2011 Hack List of worst political pundits, saying that he is “fixated solely on the horse race and also uniquely bad at analyzing the horse race.”

During the 2004 elections, Halperin came under fire for his apparent bias towards Democrat candidate, John Kerry. However, he has been criticized for “unbiased” reporting several times.

Other journalists have also questioned his credibility and pointed out his lack of objective coverage. Columnist Ruben Navarrette accused him of being racist towards Ted Cruz by asking him to speak Spanish, as well as what his favorite Cuban dishes are, and favorite Hispanic music. Halperin claimed he intended it to be a lighthearted interview but apologized nevertheless.

The political insider’s 2016 election coverage was criticized for heavily favoring Donald Trump. Some analysts believed he was occasionally “sycophantic” towards Trump.

While working on The Note, he was known to come up with jargon that no one understood. The most famous were “the Gang of 500” and “Googling monkeys.”

Halperin’s relationship status is always speculated. There’s no latest report saying he is married, but he has been in a long relationship with a woman named Karen Avrich. Avrich lives with him in New York City and is also a writer who co-wrote, Sasha and Emma.

Avrich’s father was a historian and professor of Russian history. He wrote the book about Sasha and Emma, two immigrants from Czarist Russia with her.

According to Halperin, Avrich is a “junkie” for politics just like him. She primarily works as a researcher for nonfiction books. So, he depends on her to catch details in reporting that he might have missed.

The Insider Gets Outed

The latest reports say that five women have come forward and accused Halperin of sexual harassment while he was at a top position with ABC News. The women shared their accounts of the alleged incidents with CNN, who broke the story. Others who knew about Halperin’s harassment also corroborated the story.

The women who accused Halperin said that the preeminent journalist has a dark side hidden from the public. The accounts of harassment range from kissing, propositioning for sex, pressing his erection against their bodies, and groping their breasts.

Halperin issued a statement saying, “During this period, I did pursue relationships with women that I worked with, including some junior to me.” He said he was aware that his behavior was “inappropriate and caused others pain” and apologized for his actions.

The women he allegedly harassed did not directly work under him, and one of them wasn’t employed at ABC News at that time. Neither of the women claimed that Halperin asked for sexual favors in exchange for furthering their careers. But he wields considerable influence in media and politics, and it is for this reason that the accusers spoke out on the condition of anonymity.