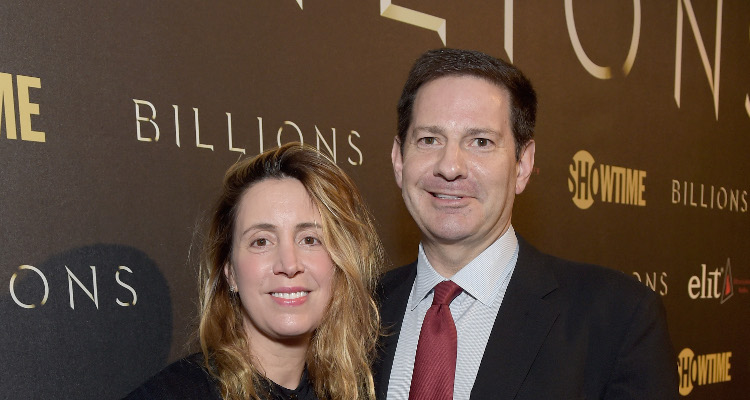 Karen Avrich has had a healthy relationship with Mark Halperin for a long time, and is also the mother of their baby. She wrote several books and even helped Halperin with some of his. Halperin has now been accused of sexual harassment by several women in a report by CNN, and has since tendered a public apology. But will Avrich stand by her man amidst the allegations?

MSNBC political analyst and author, Mark Halperin is in the hot seat after several women have accused him of sexual harassment. Ever since the Harvey Weinstein scandal, there has been a rise in the number of people stepping forward with allegations of inappropriate behavior. Halperin has been accused of pressing his genitals against women, grabbing their breasts without consent, propositioning them for sex, and kissing them. He said in a statement to CNN, “During this period, I did pursue relationships with women that I worked with, including some junior to me.” This has put the spotlight on him and his girlfriend, Karen Avrich. Here are a few details from Karen Avrich’s wiki.

Born to late historian Paul Avrich, Karen Avrich’s age is unknown. Her father studied the 19th and early 20th-century anarchist movement in Russia and the United States. He wrote several books about anarchism covering events like the 1921 Kronstadt naval base rebellion, 1886 Haymarket Riot, and the 1921 Sacco and Vanzetti case. When he passed away in February 2006, he was working on the biographies of Emma Goldman and Alexander Berkman, which were left incomplete. Karen Avrich completed the biographies and released them as a book titled, Sasha and Emma: The Anarchist Odyssey of Alexander Berkman and Emma Goldman.

Perfect for Each Other

Karen Avrich is an author and educator who has been in a relationship with Halperin for many years. She is not Mark Halperin’s wife, but is his long-term partner and mother of their child. who was born in January 2017. He frequently shares pictures of their baby on social media. People often comment on how compatible Avrich and Halperin are because they have so much in common. Both are intelligent, well educated, and writers. However, it remains to be seen how the allegations of sexual harassment against Halperin will affect their relationship.

Halperin’s statement also says, “I now understand from these accounts that my behavior was inappropriate and caused others pain. For that, I am deeply sorry, and I apologize. Under the circumstances, I‘m going to take a step back from my day-to-day work while I properly deal with this situation.” Until now both, Avrich and Halperin’s relationship had no exposed bumps, and they live together in a New York City apartment. Halperin even publicly acknowledged Avrich’s contribution to his book, The Way to Win: Taking the White House in 2008.

According to sources, Avrich is not married, nor has she been in the past. It does not look like Karen Avrich has an Instagram account, but her husband regularly updates his. Though she has not made a statement regarding the allegations against her husband, more on the story is expected to unfold in the coming days.