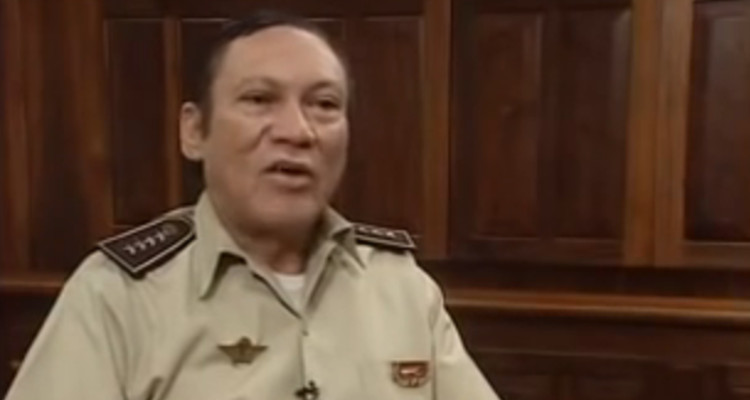 The former military leader of Panama died at the age of 83 on Monday. Manuel Noriega’s cause of death was a result of post-surgery cerebral bleeding. Here is everything you need to know about his life and death in our Manuel Noriega wiki.

Manuel Antonio Noriega Moreno was born on February 11, 1934 in Panama City. Noriega’s family was of Colombian descent and were not financially well off. He studied at the Instituto Nacional, which was considered to be one of the best schools in Panama City, before attending Chorrillos Military School in Lima, Peru, on a scholarship.

Noriega then returned to Panama, where he was commissioned to become a sublieutenant in the Panama National Guard. Since earning the position, Noriega got the chance to travel to the United States in 1967, and trained in infantry operations, intelligence, jungle operations, and counterintelligence at the School of the Americas.

In 1968, National Guard Director Omar Torrijos was the head of a coup against Panama President Arnulfo Arias. Noriega was a supporter of Torrijos, and was soon promoted to lieutenant colonel. He was later appointed as chief of military intelligence by Torrijos. The director’s reign ended in 1981 after his death following a plane crash under mysterious circumstances.

From 1983 to 1989, Noriega served as the military director of Panama. He was imprisoned for murder and for many human rights violations.

From the late 1950s to the 1980s, Noriega worked with the CIA until a “state of war” was declared between the two countries in what would become the United States’ invasion of Panama. Noriega finally surrendered in 1990.

Manuel Noriega’s Cause of Death

In 2012, the military officer was taken from El Renacer prison to the Hospital Santo Tomas, due to high blood pressure and a brain hemorrhage. He stayed there for four days before being sent back to jail.

In January 2017, Noriega was released from prison and kept under house arrest, while awaiting surgery to remove a tumor discovered in 2011. In March 2017, he suffered a brain hemorrhage during surgery, making his condition worse and placing him in the ICU.

Also Read: Ben Jacobs Wiki: 3 Facts to Know about the Reporter Who was “Body Slammed”

Noriega passed away on May 29, 2017 at the age of 83. Juan Carlos Varela, President of Panama, tweeted about Noriega’s death saying, “The death of Manuel A. Noriega closes a chapter in our history; his daughters and his relatives deserve to bury him in peace.”