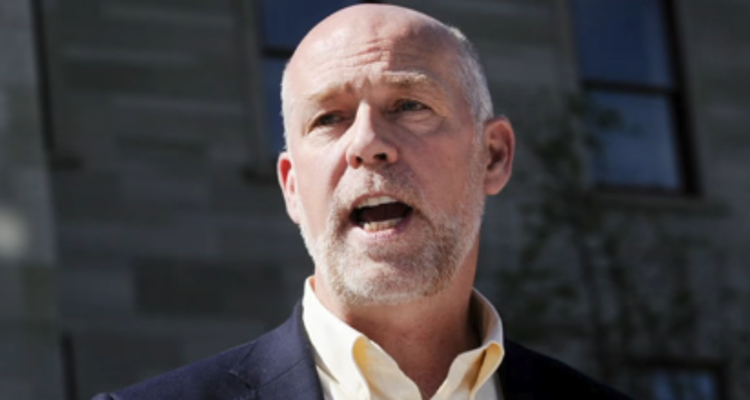 Greg Gianforte, a Republican candidate running for Montana’s congressional seat, is in trouble after “body slamming” a reporter named Ben Jacob. Here is everything you need to know about Ben Jacobs from The Guardian.

On May 24, reporter Ben Jacobs tweeted about being physical assaulted saying, “Greg Gianforte just body slammed me and broke my glasses.” Things escalated quickly and Greg’s campaign was quick to react. They stated that Ben was aggressive and allegedly grabbed the GOP candidate’s wrist. However, a Fox News reporter reported her account of the incident, writing, “At no point did any of us who witnessed this assault see Jacobs show any form of physical aggression toward Gianforte.” The attack has caused an uproar. Find out more information about the reporter in our Ben Jacobs wiki.

Ben Used to Work for The Daily Beast

Ben started his career as a freelance reporter. His work has been published in The New Republic, Salon, The Atlantic, The Boston Globe, Washington Monthly and Capital New York.

According to his LinkedIn page, he was with The Daily Beast for almost two years and has been with The Guardian since March 2015. Additionally, Ben has worked for Newsweek and was also a contributor to The Boston Globe editorial page. He graduated with a law degree from Duke University and has a BA in history from Grinnell College.

Ben’s attack was covered by The Guardian, who wrote, “Ben Jacobs, a Guardian political reporter, was asking Greg Gianforte, a tech millionaire running for the seat vacated by Ryan Zinke, about the Republican healthcare plan when the candidate allegedly ‘body-slammed’ the reporter.”

While being treated in the ambulance, Ben said, “He took me to the ground. This is the strangest thing that has ever happened to me in reporting on politics.”

An audio clip of the incident was posted in the article, where the altercation between Ben and Greg can be heard. In it, the reporter asks the GOP candidate a question, which is quickly followed by scuffling sounds and Ben saying, “You just body slammed me and broke my glasses.”

Shane Scanlon, campaign spokesperson for Greg Gianforte, claims that Ben Jacobs was aggressive. However, Fox News reporter Alicia Acuna, has a different story. According to her, Ben “walked into the room with a voice recorder, put it up to Gianforte’s face and began asking if him if he had a response to the newly released Congressional Budget Office report on the American Health Care Act. Gianforte told him he would get to him later. Jacobs persisted with his question. Gianforte told him to talk to his press guy, Shane Scanlon.” Alicia further added, “Gianforte grabbed Jacobs by the neck with both hands and slammed him into the ground behind him. Faith, Keith and I watched in disbelief as Gianforte then began punching the man, as he moved on top the reporter and began yelling something to the effect of ‘I’m sick and tired of this!’”

She wrote that “Jacobs scrambled to his knees and said something about his glasses being broken… Gianforte looked at the three of us and repeatedly apologized. At that point, I told him and Scanlon, who was now present, that we needed a moment. The men then left.”