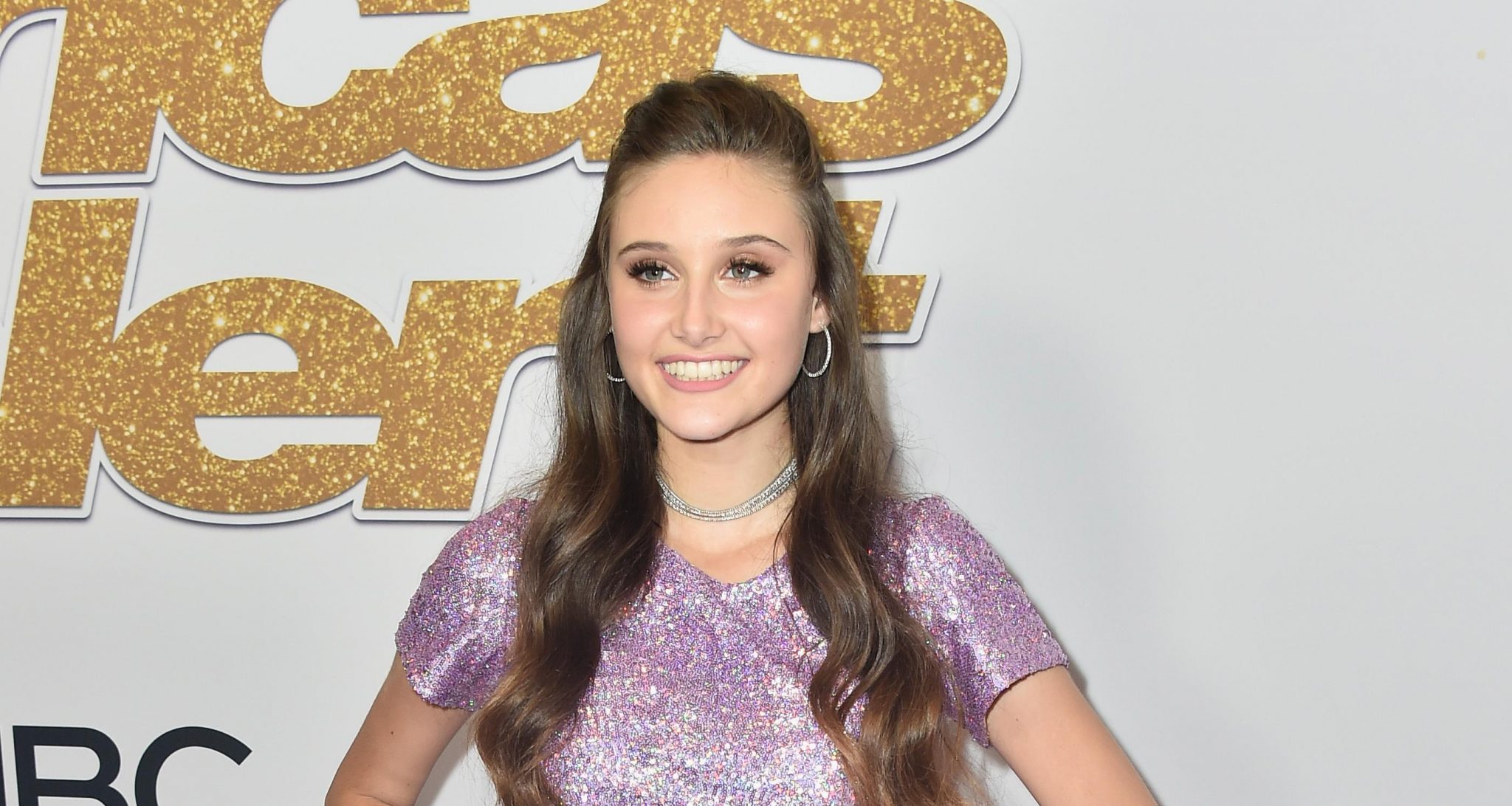 We may have a winner on our hands here, folks! Makayla Phillips (Heidi Klum’s Golden Buzzer recipient) took America by storm, ever since she sang those first notes during her initial audition. She has continued to wow the crowd and after her power-packed performance at the quarter-finals, Makayla will be performing at the semi-finals! Our Makayla Phillips wiki has everything you need to know about the little girl with the big voice.

Who Is Makayla Phillips?

Makayla Phillips, age 16, was born on July 8, 2002, in Canyon Lake, California. From a very young age, Makayla was inclined towards singing.

Makayla loves to play the ukulele and guitar. She is learning how to play piano, prefers her string instruments.

Makayla started singing at the age of two. Her favorite song was “Elmo’s Song” and because of that, her nickname became “Lala.”

Makayla is an actress, model, dancer, and a singer at Dream Talent Management. She also has a YouTube channel, Makayla Phillips Music, which she joined in February 2016. She often posts videos of herself singing covers, which she masters perfectly! Some of her favorite artists are Beyonce, Ariana Grande, and Demi Lovato.

Her channel has around 17k subscribers now, but with her stint on AGT that number is sure to grow. It looks like Makayla is busy practicing for America’s Got Talent, as the last video she made was uploaded four months back.

And she even writes her own music sometimes, too! She was inspired by other people’s relationships when she wrote the song, “Unsung Melody.” Talk about chills!

Makayla’s also got a silly side to her. She can easily do the impression of Kermit the Frog and Shakira and can sing any songs in these voices.

Makayla Phillips Won a Golden Buzzer on America’s Got Talent

Makayla appeared on America’s Got Talent season 13 in audition week six. Her rendition of Demi Lovato’s “Warrior” was so outstanding that the crowd and judges were left in awe. She selected the song “Warrior” because it is an empowering song and can make anyone believe they can get through anything in life.

Before her performance, Makayla was very nervous and anxious, but her family says being on the AGT stage has been a lifelong dream of hers. She has followed the show since she was three years old and wanted so badly to be a part of it.

After her amazing performance, judge Heidi Klum gave her a standing ovation. She said, “I love you. I think you’re absolutely incredible. I love the whole package. I love your smile. I love how you project to everyone. Your voice is incredible. Know what I’m going to do for you?” And that’s when Heidi made it rain gold in the auditorium, sending her straight to the quarterfinals! Makayla’s dream was coming true right before her eyes!

Her Performance During the Quarterfinals

On August 21, 2018, Makayla once again took to the AGT stage during the Quarterfinals, episode 2. She chose to sing the song, “Issues” by Julia Michaels—and what a rendition is was! She had everyone in the theater on their feet in amazement!

But it was the man she dedicated her performance to that night that caught everyone’s attention and brought her to tears. Makayla paid tribute to her father during the quarterfinals round saying, “My dad is absolutely, 100 percent my hero because he’s a firefighter.

His job is so incredibly tough, there are days where I am scared my dad won’t come home.” After the performance, Makayla wiped her tears and was glad her family was present to support her.

Again, all four judges and the audience were left stunned by her voice. Howie Mandel and Simon Cowell even mentioned that her this performance was better than any of her auditions! 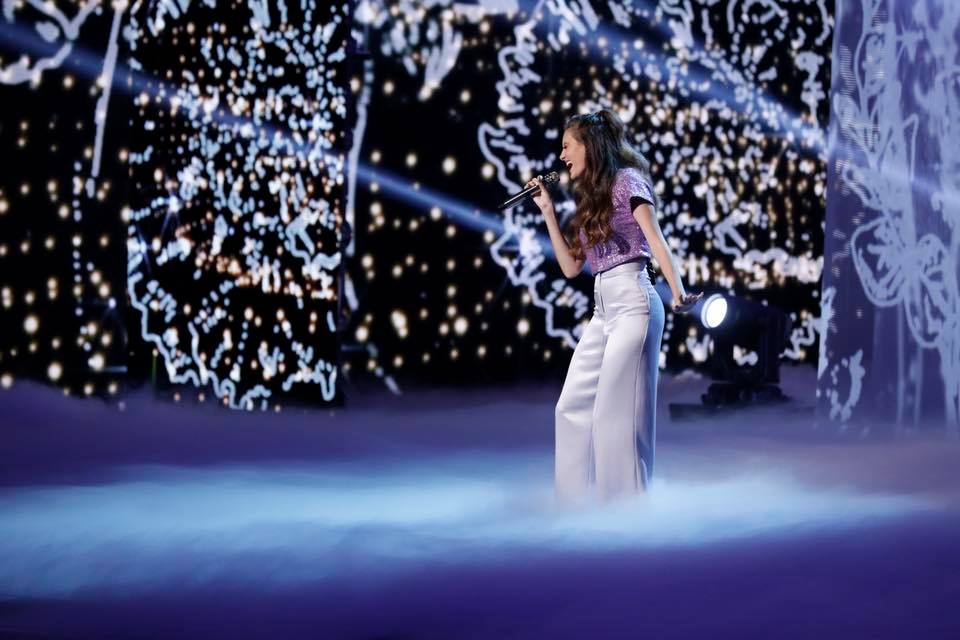 However, even with her most impressive performance yet, she was still placed in the bottom three, leaving it up to America to use the Dunkin’ Save to vote her through.

Makayla won the Dunkin’ Save vote and further advanced in the semifinals round, meaning she is still in the competition to win the title.

You May Have Seen Makayla Before!

Besides singing, Makayla is also into acting. Her acting credits include The Birthday Boys (TV series), My Crazy Ex (in which she plays the role of Tammy) and she was also seen in Occam’s Razor.

Makayla also auditioned for American Idol and The Voice, but she was considered to be too young. Although she was a little disappointed to be turned down, she decided to try out for America’s Got Talent.

Makayla’s father is named Todd Phillips and he graduated in 1992 from Palm Desert High School. He was working as an Engineer at Cal-Fire Riverside County. Todd now works as a firefighter for the Riverside County Fire Department in Mecca, California. 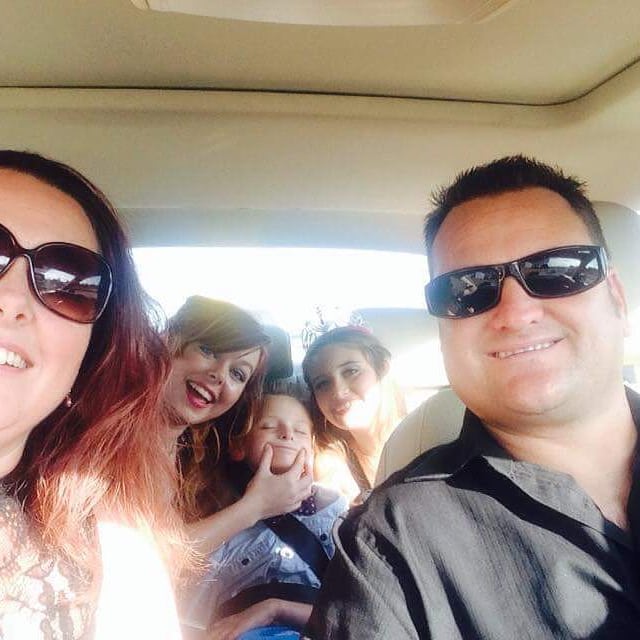 Makayla’s mother is Regina Phillips. Her intro on Facebook account states, “My Family is the driving force behind everything I do!” Regina is originally from Palm Springs, California.

Currently, Regina likes to keep herself busy as a Talent Manager at Dream Talent Management, and she is also a drama teacher.

Makayla has two siblings, a brother and a sister. Her sister Whitney McDonald graduated in 2013 from Temecula Valley High School. She used to work as Juice Bar shift lead at Organic Roots.

Aidan Phillips is Makayla’s younger brother. Aidan was a part of the video, “Hey Mr. Sad Face” by Caden Levi. He plays the role of a kid who gets bullied by other kids.

After appearing on America’s Got Talent, Makayla has increased her fan base immensely. She’s even started receiving marriage proposals! (Clearly, people are forgetting that she is just 16 years old!) Her idea of a perfect career is performing in front of large crowds and writing her own songs. (It looks like she just might obtain that goal!)

But her biggest dream? To perform at the Super Bowl and the Grammys! She is thankful to her parents for supporting her dreams and is hoping that AGT will finally put her on the map!