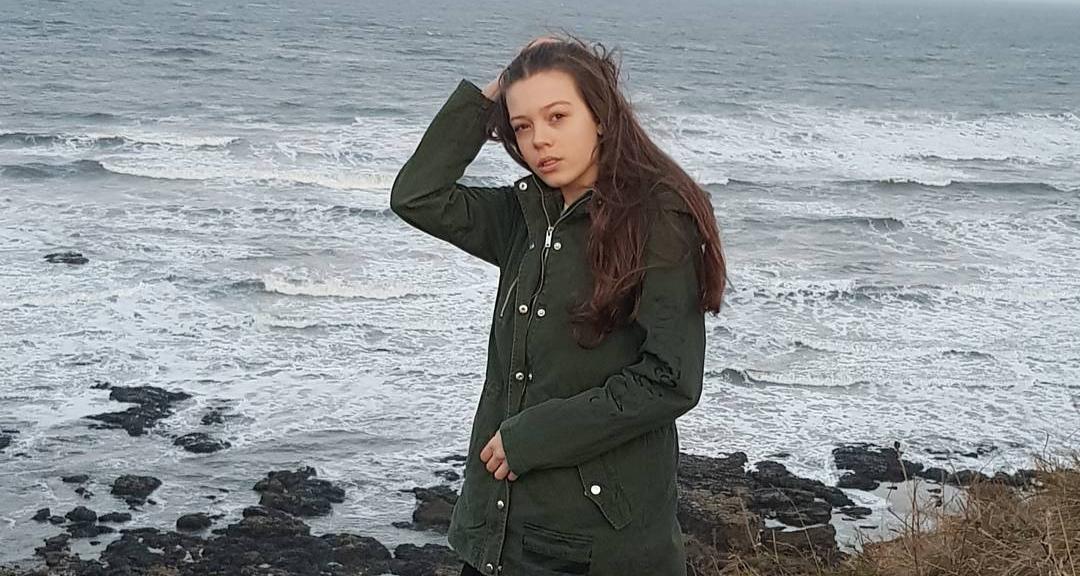 Courtney Hadwin also known as the “Janis Joplin Girl” surprised the judges and viewers with her amazing performance during the audition round for America’s Got Talent. Her strong voice was so amazing, it earned her a Golden Buzzer! So, who is this quiet little girl with the big voice? Here are some facts from Courtney Hadwin’s wiki.

Courtney Hadwin Is from Hartlepool, England

Courtney Hadwin’s age is 13 and she is from Hartlepool, which is a town in County Durham, England. She attends The Academy at Shotton Hall, located in Peterlee.

From a very young age, Courtney was inclined towards music and singing. Her parents support her dream of becoming a singer and have sent her to take lessons to train her voice.

In an interview, her mother revealed that Courtney completes her homework after school and practices singing every night before going to bed. The 13-year-old is a part of her school’s choir.

Courtney is a contestant on America’s Got Talent 2018. When she first took the stage, she looked very shy and nervous. In fact, she even admitted to the judges that she was nervous.

However, a complete transformation took place the minute the music started! Courtney sang a powerful rendition of Otis Redding’s “Hard to Handle.” The crowd and judges were flabbergasted and completely impressed by her performance.

She received a standing ovation as judge Howie Mandel recalled the story of how Clive Davis discovered Janis Joplin. And in that moment Pink’s “Perfect” righteously plays in the background, Mandel pressed the Golden Buzzer sending Courtney straight to the quarterfinals.

Courtney is now known as the “Janis Joplin Girl” from AGT 2018 thanks to her spectacular performances. Mandel also compared her to Joplin, as the late rocker got her record deal after being discovered by Clive Davis at the Monterey Pop Festival.

Courtney has been singing since she was small and started practicing at the age of nine or 10. Her favorite subject in school is music.

She has been performing locally since primary school. However, she first became known when a video of her singing during a lunchtime open mic session went viral.

Courtney sang “Great Big World” and Christina Aguilera’s “Say Something.” The video was uploaded on Facebook by her school and it caught a lot of people’s attention.

She has performed at several local open mic nights and concerts since then, including the South Tyneside Festival in July 2017, where she performed in front of more than 18,000 people!

Because of her incredible voice, Courtney was nominated in the Best of Hartlepool competition in 2016. She sang her heart out at a local festival organized in Hartlepool.

Although she is very shy, Courtney said that she feels very confident when she is on stage. She becomes a completely different person when she’s front and center.

Over the last two years, Courtney has traveled across England to raise money so that she can fulfill her dream of becoming a singer. The money also goes to her father, Paul Hadwin, to pay for fuel as he takes her to gigs in her favorite spots in London, York, and the North East.

She has performed at community events for several years like Lincoln Pride and Cheshire Fest, as well as other charity festivals and open mic nights.

Some of her idols are Whitney Houston, Jessie J, and Jennifer Hudson. Her goals in life are to get into The BRIT School and to win a BRIT Award.

Courtney Hadwin on The Voice

At the age of 12, Courtney appeared on The Voice Kids UK series 1. She was included in the list of top six finalists.

Unfortunately, she didn’t win the series. Jess Folley was the winner of the show.

Most recently, Paul Hadwin appeared on America’s Got Talent. Courtney explained in one of her Instagram posts that her mother, Annmarie Hadwin, likes to stay away from the cameras.

Courtney’s grandfather, 60-year-old Tom Storey, who resides in Inverness, explained that Courtney decided to participate in the American version of the show instead of Britain’s Got Talent. The reason is that the Hadwins feel that the UK doesn’t “get” Courtney, and they are confident she will do better in the U.S. Storey further explained that his granddaughter is actually very shy.

But her father explained that Courtney is not as shy as she appears. He said, “When you get to know her she is not as quiet. It’s meeting new people.”

Courtney is very much active on almost all social media platforms. She has over 11K subscribers on YouTube. On her channel, Courtney Hadwin, she posts a lot of videos of song covers.