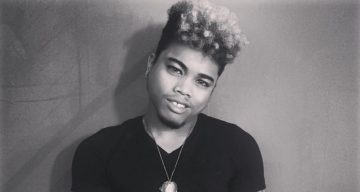 Brian King Joseph a.k.a. “The King of Violin” simply stole the show during last night’s audition round on season 13 of America’s Got Talent. Brian stunned the judges with his violin music and revealed a heart-wrenching reality about his health. If you want to know more about the AGT violinist, then have a look at our Brian King Joseph wiki.

Season 13 of America’s Got Talent is back! People from different parts of the United States are flocking to give auditions and showcase their talents. While some of them don’t have what it takes to move up in the competition, there are a few who wholly impress the judges with their performances.

One such performer who stole the show on Tuesday’s episode of America’s Got Talent is Brian King Joseph. He looks chirpy, bubbly, and always seems to be smiling. But underneath his smile, there is a painful truth about his health.

Brian is a perfect example of how one should never give up on their dreams, despite their problems. He is an inspiration to those longing to showcase their immense talent, no matter what hardships they’re going through.

If you’re curious to know more about him, then hang on, as we have the details for you right here!

Brian has dreamed of being on the AGT stage ever since he was a child. It was also especially important to him to audition because he realized that he might not get the chance to do so in the future.

Being on AGT means the world to Joseph because this could be the last time he performs for a large audience before his hands become numb. He suffers from a nerve disease that is slowly affecting all the nerves in his hands and feet.

Eventually, it will spread throughout his entire body, and he may no longer be able to play.

During the audition round, Brian played the song, “Lean On,” by Major Lazer & DJ Snake featuring MØ. He was full of energy throughout the performance, moving around on the stage and enticing the audience with his impeccable skills on the violin.

Trust us, you’ve never heard anyone play the violin like this before. And neither have the judges!

The crowd was on their feet cheering for him and loved every minute of his performance. At the end of it, Brian broke down.

Judge Heidi Klum was so impressed by Brian, that she went on the stage and hugged him. Aside from the fact that he is clearly immensely talented, the judges also said that Brian has the most infectious smile.

All four judges said, “Yes,” which means Brian goes to the next round of the competition.

If he wins the competition and gets the money prize of $1.0 million, Brian plans on using the money to seek medical options and try to treat his medical condition.

One of his main goals to use that cash prize is to create opportunities for people like him.

A few years back, Brian had a weird pain in his hands and feet. He was diagnosed three years ago with a critical nerve disease known as neuropathy.

The disease takes away the feeling from his hands and feet. It will eventually spread throughout Brian’s body.

Brian was told that the disease will slowly and painfully kill all his nerves. Since the diagnosis, his hands have become partially numb, and Brian can barely feel any sensation on his toes at this point.

He revealed that he is in pain all the time and his nerves are constantly burning. While playing the violin, he can’t feel the strings, so he uses his muscle memory from his fingers.

“I think the only reason I am able to play is because I haven’t stopped,” he explained. 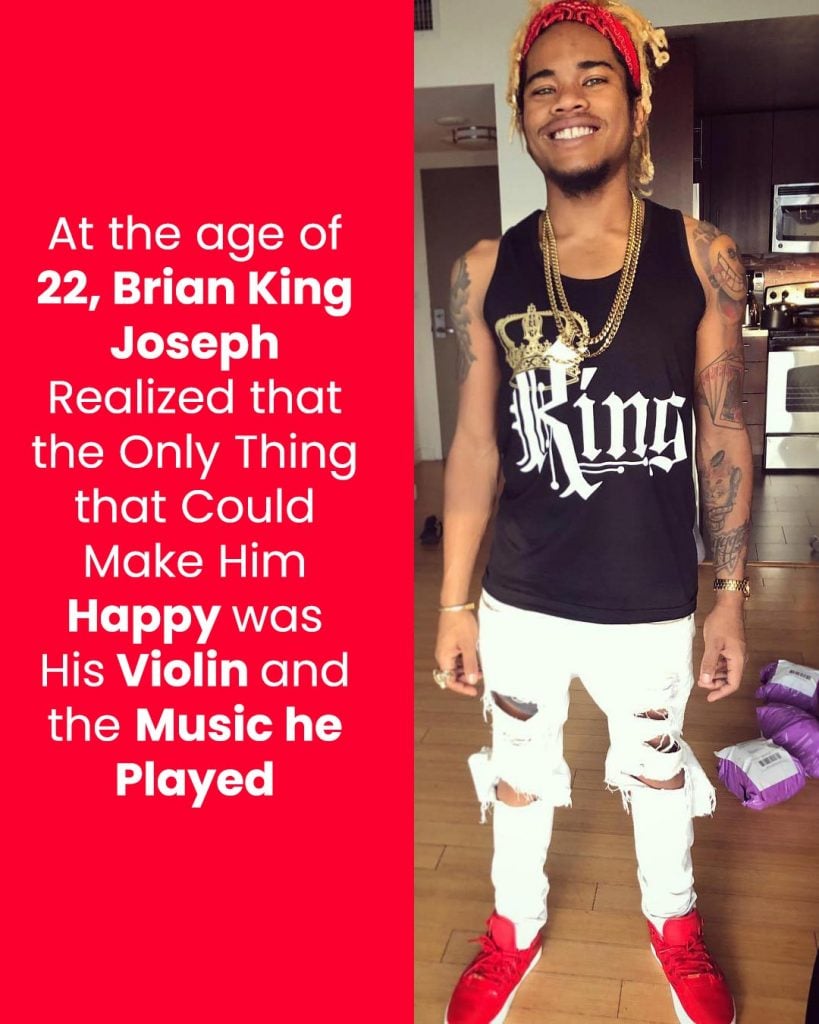 At the age of 22, when Brian was constantly in bed and in pain. He realized that the only thing that could make him happy was his violin and the music he played.

After being in pain for several years, Brian decided that he wouldn’t let his condition dictate his life.

Brian King Joseph’s age is 26, and he is originally from Washington D.C. but currently lives in Los Angeles. He has been playing violin since he was four years old.

Brian always knew that he was meant to play the violin. He said it was like his childhood best friend.

He was brought up in a rough neighborhood, where he lived with his mother and sisters. Things were never easy for Brian and his family while he was growing up.

He was inclined towards the violin not only because of his rough times but also because his older sister used to play the violin.

Despite all the hardships, violin and the music never failed him.

Brian attended Takoma Academy in Silver Spring, Maryland. But he didn’t touch his violin for a few months because he got distracted by teenage parties and all the stuff that high school kids do.

When he got away from all this, he again turned his attention towards the violin.

Brian is a self-taught and self-produced violinist. His way of playing the violin is to bring a unique, refreshing, and modern twist to the instrument.

He even covers many of today’s modern hit songs, putting an entirely new spin and sound to the hit using his insane ability with the instrument.

Throughout his career, Brian has performed with several touring acts like George Clinton & Parliament Funkadelic and Machine Gun Kelly.

He has toured the country with reggae band Lucky Dub. They were requested to perform for the Mayor of D.C. and Supreme Court Justice Sotomayor.

He has also been a part of the hit TV show, MTV Real World, and many commercials. He was also a part of several bands in the Maryland area, too.

In 2012, Brian was given a Full Presidential Scholarship at Berklee College of Music in Boston, Massachusetts. He attended Berklee to prove a point to a lot of people. And he certainly did!

Brian was also the first winner of MTV’s competition, Cover of the Month. He was selected by Mike Posner after Brian got over 26 million likes within a month! He was described as a “beast.” 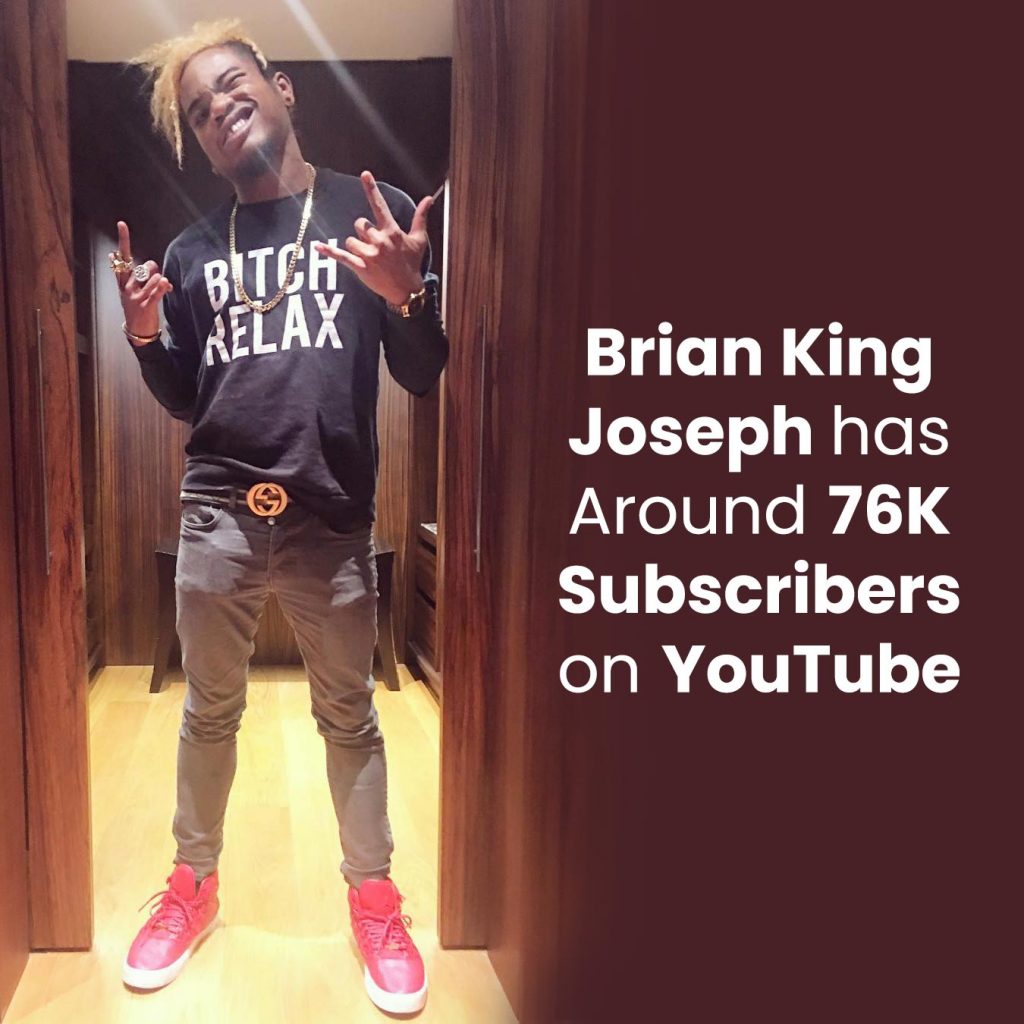 To further promote his talent, Brian is active on all the social media platforms possible. He has around 76K subscribers on YouTube, where he posts several videos of his violin covers on different songs.

Brian often uses the hashtag, #TeamKing, on Instagram. He has a massive following of 15.6K on the photo-sharing platform. 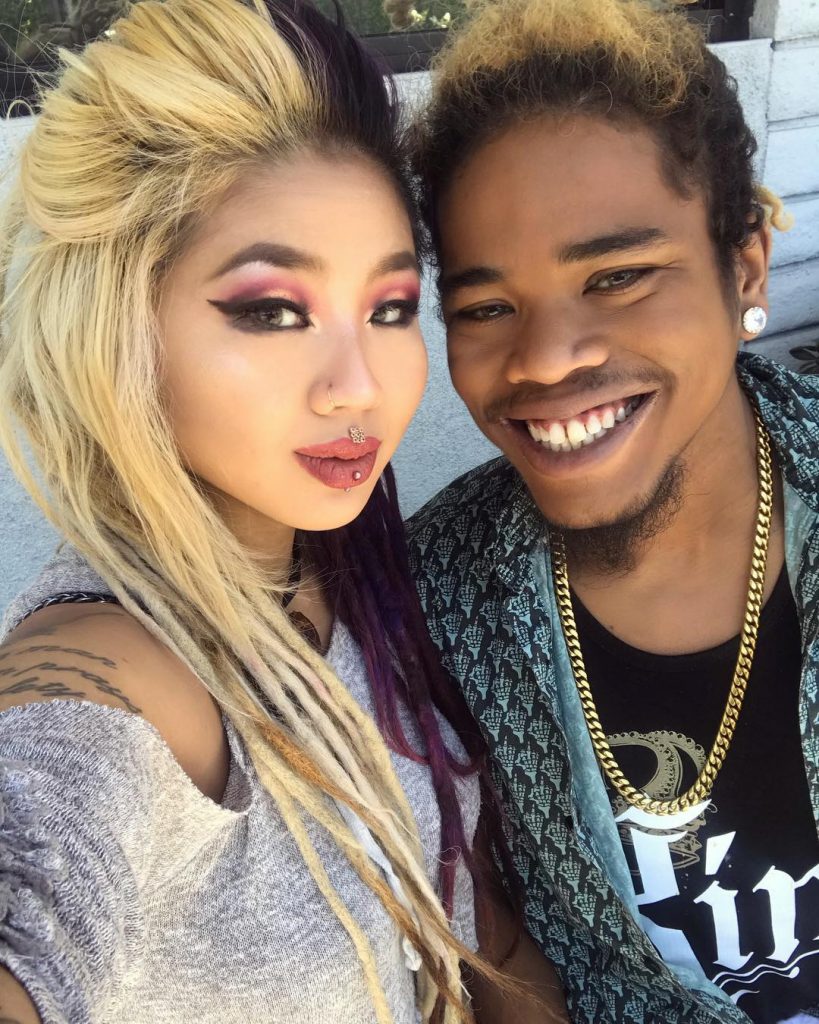 Brian has been in a relationship with a girl named Kimmy Tan for about five years now. She is a tattoo artist, a singer who writes music and plays different musical instruments, and a model.

Kimmy is also seen online and is quickly gaining a solid fan base herself! She has around 299K subscribers on her YouTube channel alone. She normally posts videos of tattoos, music covers, and makeup.