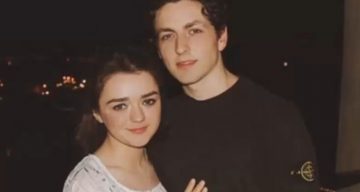 Maisie Williams was first seen as Arya Stark when she was 12. She spent her teenage years playing this role and ultimately won over a lot of fans. Now, Williams is 20 and dating someone who is not famous. If you want to know more about her boyfriend, then keep reading.

Who is Maisie Williams Dating?

Her boyfriend is named Ollie! Maisie Williams and Ollie Jackson have been dating since 2015. During an April 2016 interview, Williams spilled the beans saying, “We’ve been together for over a year. I guess you could say things are getting pretty serious.” She further added, “He’s not famous. I met him at school. And now he’s my boyfriend! People feel it’s strange that someone who’s famous can go out with someone who’s normal. I don’t meet anyone else. Maybe I’m doing it wrong, but I don’t go to all these parties. I don’t meet the other young, male actors. I just like normal people, I guess.”

Although they have mostly kept their relationship out of the public eye, they were seen on Maisie Williams’ Instagram account in 2015. Now, the 20-year-old actress does not shy away from uploading pics with her boyfriend.

Not a lot is known about Jackson’s life, meaning things like his age and what he does are not known. Because they met in school, it is safe to assume that the two are close in age. According to Jackson’s Instagram page, it looks like he is still in college. But there are no details about where he goes or what he is studying.

They Seem to be in Love

Maisie Williams and Ollie Jackson seem to be really happy together. Last year, Williams revealed in an interview that, “He’s really sweet I feel like I’m in love right now, but I don’t know what I am going to feel like down the line.” She went on to add, “That’s why I am kind of closed-minded about marriage – I don’t even know if I want to get married.”

It looks like Cupid struck his arrow as the couple are still going strong! They do make a very attractive pair if we do say so ourselves!