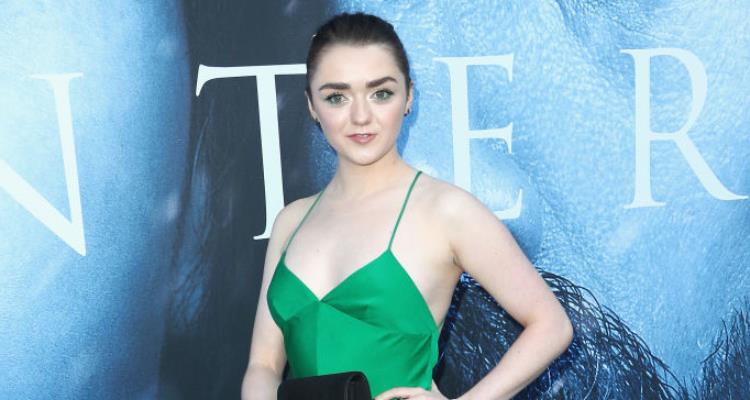 When Game of Thrones began, Arya Stark was a highborn, bright-eyed girl that wanted nothing more than to learn how to use a sword. Fast forward six seasons, and she’s a deadly assassin capable of taking down entire families at a time. Her wits combined with the training she received while at the House of Black and White, she is a force to be reckoned with. With Arya Stark’s death list steadily decreasing, audiences are getting a taste of just how vengeful she can be. Arya began reciting her list before going to sleep, almost like a lullaby—except for the people she wanted to murder. As time went one, Arya Stark’s list continued to grow as more and more people earned their place. A few people have already been knocked off—some by Arya, and some by the hands of others. With the new additions and the ones who’ve already been crossed off, who is left on Arya Stark’s hit list? Keep on reading to find out the unlucky members, who’s already dead, and who’s next on the chopping block.

Next up on Arya Stark’s kill list is none other than Queen of the Seven (?) Kingdoms, Cersei Lannister. She earned her spot for accusing Ned Stark of treason, that ultimately led to his execution.

Status: Cersei’s still alive, but with Arya heading for King’s Landing, we don’t anticipate that’ll be the case for too much longer.

Ilyn will feel pain for swinging the sword that beheaded Arya’s father, Ned Stark, at the demand of Joffery.

Status: Alive…but who knows for how long!

The Mountain is destined to die because of his disgusting habit of torturing people at Harrenhal.

Status:  To be honest, we’re not 100% sure. He died from Oberryn’s poisoned arrow, but was brought back to life by ex-maester Qyburn—he’s not completely alive, but was re-animated from the dead, nonetheless. Whatever he is, Arya’s determined to end him for good.

Arya wants to avenge the death of her friend Mycah, the butcher’s boy, from season one.

Status: Arya thinks he’s dead, but he’s very much alive and well. However, we doubt she’ll go after him if she happens to run into him this season—she mentioned removing him from her list early on in season six.

Melisandre will feel the wrath of Arya for taking Gendry away.

Beric’s the one that willingly sold Gendry to the Red Priestess.

Status: Died several times, but brought back each time thanks to the Thoros of Myr. Still alive, according to our records.

He, along with Beric, was also willing to sell Gendry.

Frey made it on here for obvious reasons—his involvement at the Red Wedding, and betraying her mother and Robb.

Status: Winter has already come for Walder Frey, and his entire family. We saw Arya feed him the remains of his sons in a pie, slit his throat, and then use his face to fool his family and poison them all.

Syrio, who Arya’s owes much of her expertise with a sword to, was killed by Meryn Trant. Syrio was her instructor back at King’s Landing, before her father was killed.

Status: Arya’s crossed him off her list already. She stole a face from the Hall of Faces and stabbed him in the eyes over and over again.

Other than just being an overall horrible human being, Joffery was the one that sentenced Ned Stark to be beheaded.

Status: Lady Ollena and Lord Baelish took care of this one. Joffery was poisoned at his wedding to Margery Tyrell.

While the Frey’s were the ones who executed the Red Wedding, Tywin’s the one who orchestrated it.

Status: He was shot with an arrow by his son, Tyrion.