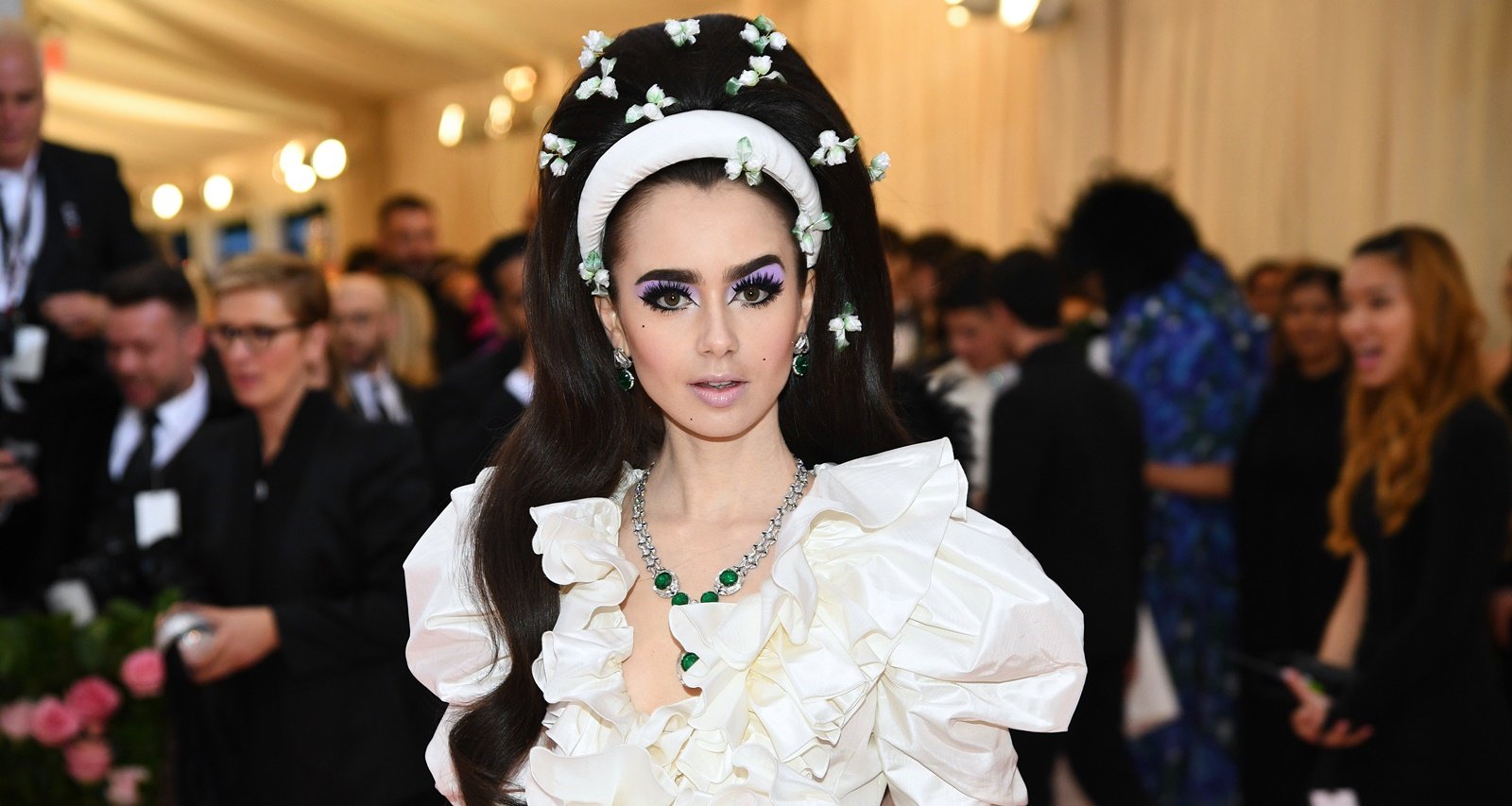 Lily Collins attends The 2019 Met Gala Celebrating Camp: Notes on Fashion at Metropolitan Museum of Art on May 06, 2019 in New York City. (Photo by Dimitrios Kambouris/Getty Images for The Met Museum/Vogue)

Dame Joan Collins channeled her own villainous lewk from Dynasty at the 2019 Met Gala. She looked fabulous in every picture of the night, including one with Lily Collins in her campy ensemble inspired by Priscilla Presley in her wedding to Elvis.

Given that these two lewks were camp-fab, it’s hard not to wonder if the two marvelous Collins ladies are related. But their shared last name and confident style are the only things they have in common.

There’s no familial relationship between Lily and Joan, though Lily is related to another famous Collins.

Lily Collins was born on March 18, 1989 to the British musician Phil Collins and his second wife Jill Tavelman, an American. After her parents divorced when she was seven, Lily moved to Los Angeles with her mother.

Lily’s father has a son, musician Simon Collins, from his first marriage to Andrea Bertorelli. He also adopted Bertorelli’s daughter from a previous relationship, actress Joely Collins. Phil Collins also has two sons, Nicholas and Matthew, from his third marriage to Orianne Cevey.

Phil Collins had no relationship with Joan Collins and Joan is not Lily’s mother or stepmother. Joan has three children from her five marriages: Tara and Alexander with musician Anthony Newley, and Katyana with businessman Ron Kass.

Joan was born in London on May 23, 1933 to Elsa Bessant, a dancer, and William Collins, a talent agent. Her father’s list of clients boasted the Beatles, Shirley Bassey, and Tom Jones.

Joan’s sister, Jackie Collins, was a New York Times best-selling novelist. She passed away in 2015 of breast cancer. Jackie is survived by her three daughters, Tracy, Tiffany, and Rory. Joan’s brother, Bill, works as a property agent and details of his family are unknown.

There’s no evidence of Joan and Lily Collins’ families intersecting. So, we can put the rumors that they are mother and daughter to rest.