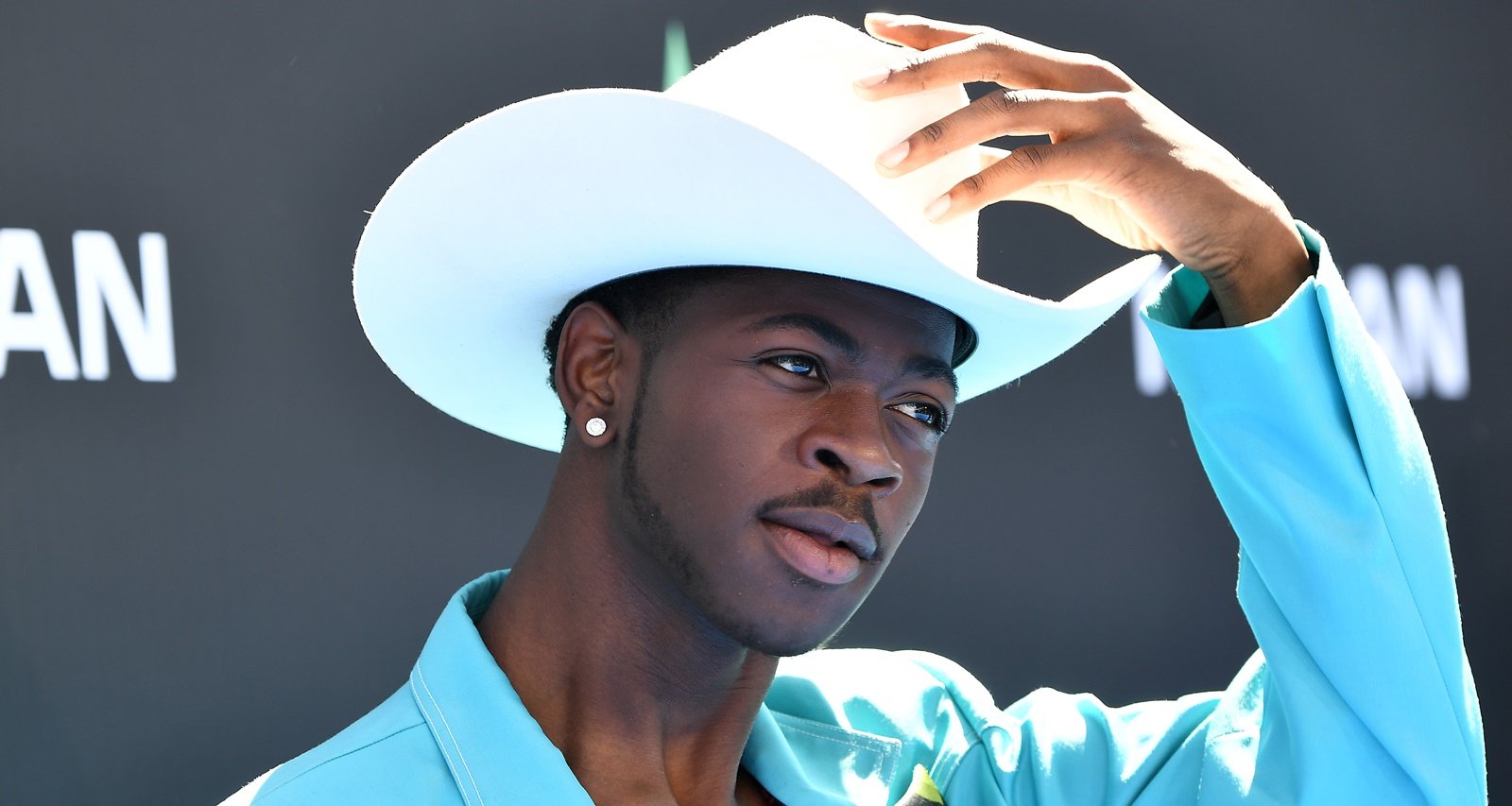 Lil Nas X is famous for a few things. Like his country-rap hit “Old Town Road,” his signature country-meets-hip-hop fashion, being a Nicki Minaj superfan, being dragged into Minaj’s feud with Cardi B, and for seemingly coming out of the closet at the end of Pride Month 2019. But he’s also famous for his name and the resemblance it bears to another rap legend, aka Nas. Ever since he first came on the scene, fans have been wondering if Lil Nas X is related to Nas in some way. But he’s put those rumors to rest, too.

We have two rappers—one a monosyllabic-named star, the other a novice who aspires for that stardom. Nas (born on September 17, 1973) is considered one of the greatest rappers of all time.

So, when a young Montero Lamar Hill (born April 9, 1999) from Atlanta, Georgia came on the scene, he took on the stage name “Lil Nas X” as a tribute to a rap star he idolized.

Lil Nas X started out on Facebook and Vine as a self-proclaimed Nicki Minaj superfan. After his song “Old Town Road” released in December 2018 and went viral thanks to Tik Tok, he seemed to attract attention everywhere—with country legend Billy Ray Cyrus even jumping on the track for a remix!

Whether it’s Minaj fans dragging him for collaborating with Cardi B or hip-hop heads criticizing his stage name as being disrespectful to Nas, Lil Nas X can’t seem to catch a break.

Fans either think Lil Nas X and Nas are related or the young rapper is trying to get attention with Nas’ name. A good few think that Lil Nas X is nothing more than another meme rapper parodying Nas’ name.

But Lil Nas X doesn’t mean any disrespect to his idol. And there’s also no evidence of them being related.

What’s up with his name though? Never heard of him until today and I immediately thought he was related to @Nas he’s using the REAL Nas to make himself known. @LilNasX real name isn’t even Nas.. smfh #lawsuit

Wonder if Lil Nas X ever had a conversation with the real Nas about that name. I feel disrespected by it

Lil Nas X Might Change His Stage Name in the Future

Brooklyn-born Nasir bin Olu Dara Jones is the son of Fannie Ann and Charles Jones III, better known as the jazz icon Olu Dara. Nasir opted to perform a different genre of music and became a rap icon under his stage name, Nas.

In an interview, Montero Hill said the name wasn’t meant to disrespect Nas. It was just a moniker he used during his online fame days, and it stuck.

“It’s been my internet alias for a minute,” the young rapper said. “The X wasn’t included at first. It was just Lil Nas. It was Lil Nas because when I first started rapping I wasn’t as serious so it was like, ‘Okay, every rapper’s name is starting with Lil lately.’ So I kind of got stuck with it. I added the X later on after I was more serious. It would stand for the amount of years, I felt, until I’m at the status where I’m considered legendary.”

Fans still think his name is unoriginal and a parody of the real Nas. In response to all the backlash his stage name has earned, Lil Nas X said on Twitter that the name isn’t permanent and he might change it in the future.

nas is a legend and i never meant any disrespect by my stage name. i actually might change it in the future.

Actor Michael Rapaport responded with suggestions for stage names to consider. What followed was more of the Twitterati suggesting hilarious names.

Those are original right?

On a different note, there are a few who are disappointed that Lil Nas X isn’t related to Professor X.

Ever since I found out Lil Nas X is not related to professor X, I can’t even listen to him anymore 😔