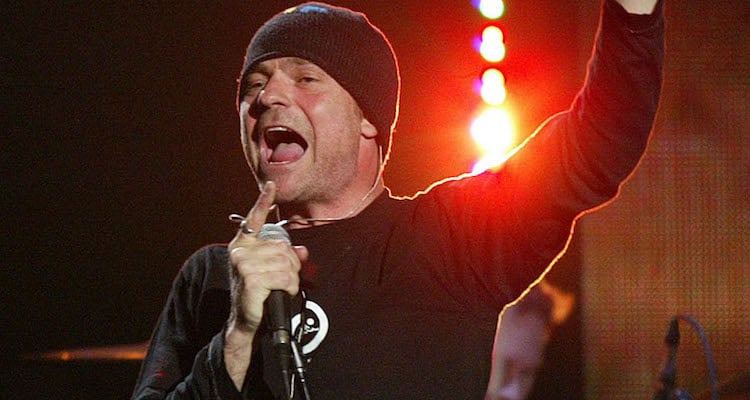 The lead singer of the Tragically Hip, passed away on Tuesday (October 17) at the age of 53, leaving behind his four children, and their mother. Gord Downie’s ex-wife, Laura Leigh Usher, separated from the singer before he was diagnosed with terminal brain cancer. In 2012, Usher was diagnosed with breast cancer, and her battle to recovery influenced the band’s album, Now for Plan A, in particular its single, “The Lookahead.” Gord Downie and Laura Leigh Usher took pride in keeping their personal lives away from the media, which is why exact details about their wedding and separation are unknown.

Earlier today (October 18), a tweet from the Tragically Hip confirmed the death of their lead singer, Gord Downie. On May 24, 2016, it was revealed that the band’s frontman was diagnosed with glioblastoma, an aggressive form of brain cancer. In spite of the diagnosis, the band went on one final tour, with its final show in Kingston, Ontario, Canada –Downie’s hometown– being broadcasted live throughout Canada on television, radio, and the Internet.  His family released a statement reading, “Gord knew this day was coming – his response was to spend this precious time as he always had – making music, making memories and expressing deep gratitude to his family and friends for a life well lived, often sealing it with a kiss… on the lips.” Downie reportedly passed away surrounded by his family and four children.

Long Time Running, a film featuring the band’s historical final tour, premiered at TIFF this past September. Canadian network CTV will air the documentary on November 12, with Netflix picking up international rights to stream the film from November 26. A result of his glioblastoma, Downie became forgetful. From using six teleprompters during his final concert to help him remember the lyrics to his songs, to forgetting children’s names, being the person he once was proved to be difficult for the singer. However, having the chance to perform on stage was something special for Downie. He “took full advantage” of the opportunity, having seven leather suits and costume changes, but still taking time to recover, “I played every other day. So as far as a singer, it was just heaven on Earth. And all these sorts of provisions were made for me. Just every fantasy I’ve ever had for a show was coming true.”

When exactly Gord Downie and his wife married or what Laura Leigh Usher’s age is are not known. The couple worked very hard to keep attention away from their personal lives, and were successful in doing so, as it’s not quite clear when they separated, just that it happened before his diagnosis. Though Gord Downie and Laura Leigh Usher’s kids were often spoken of by the singer, details about them are also scarce. The Tragically Hip frontman would often speak of them in interviews, mentioning that, “I want my kids to be good. I want them to be safe and have a great, long life. And take what they need from me and leave what they don’t. Definitely leave what they don’t. Being a dad, and being in a rock band, it’s harder than it looks. But we tried. And we try.”

In an effort to live a normal life, Gord Downie’s ex-wife kept herself and her kids away from the limelight. You won’t even see many of Laura Leigh Usher’s pics floating around online! However, more attention came to her as details of her breast cancer diagnosis came to light in 2012. Downie wrote the song “The Lookahead” for the Tragically Hip’s 12th album, inspired by his then-wife’s diagnosis, and his optimism for her recovery. “You know everything’s going to be all right,” Downie explained in an interview adding, “No matter what. And she’s got it. She always had it, but it diminished at that moment a little bit. And you realize how much you need it. How much I rely on it. And she’s got it back.”

The world lost a great musician and talented man who will be greatly missed. RIP Gord Downie.