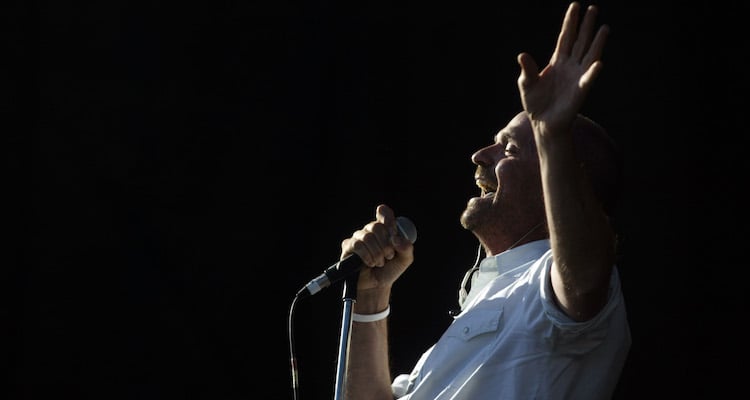 This morning, October 18, 2017, iconic Canadian band The Tragically Hip tweeted that singer, songwriter, and poet Gord Downie passed away last night at the age of 53. In one of the first tweets about Gord Downie’s death, the band tweeted this message from the Downie family:

Gord Downie had been living with a diagnosis of glioblastoma, a form of brain cancer without a known cure. He shared his condition with the world in May 2016. He chose to spend his remaining time performing for his fans on a final sold-out tour, and raising awareness and funds for glioblastoma research.

A Flood of Tweets about Gord Downie’s Death

It seems that the whole world is suddenly in shock and mourning, starting with an outpouring of grief from Canadian fans and friends on social media. Here are a few of the initial tweets about Gord Downie’s death.

Gord Downie. Another brilliant, wonderful soul is gone. Deepest condolences to the family. RIP Gord. Thank you for everything you gave us. pic.twitter.com/nkJ1Uu6yxd

Sunnybrook Hospital in Toronto highlighted Downie’s role in raising awareness for glioblastoma, the brain cancer that likely had a role in his death:

Gord Downie’s legacy extends beyond his music. He raised unprecedented awareness for glioblastoma. Our condolences to his family & friends. pic.twitter.com/igl5dOqNAs

He not only touched, but inspired so many Canadians.  May we all remember the characteristics that made Gord Downie a great Canadian.  ???????????? pic.twitter.com/MLRQLrYBBz

Few Canadians touched this country like Gord Downie did. Condolences to his family and friends. RIP.

Among multiple tweets of mourning, the Mayor of Toronto announced on Twitter that they would be honoring the Canadian music icon in a unique way:

I’ve asked that the Toronto sign be lit in red & white today to honour Gord Downie. The sign will be dimmed tonight at 11 p.m. to mourn this great Canadian. #TragicallyHip

There will never be another one like you, Gord. Rest in peace my friend.

The NBA’s Toronto Raptors also expressed their sadness over the loss of the national treasure that is Gordon Downie:

Portrait of a Beloved Icon

These tweets about Gord Downie’s death are just the tip of the iceberg. The Tragically Hip singer/songwriter was much loved by the public and by his peers, in Canada and internationally, so we expect the outpouring of grief to grow.