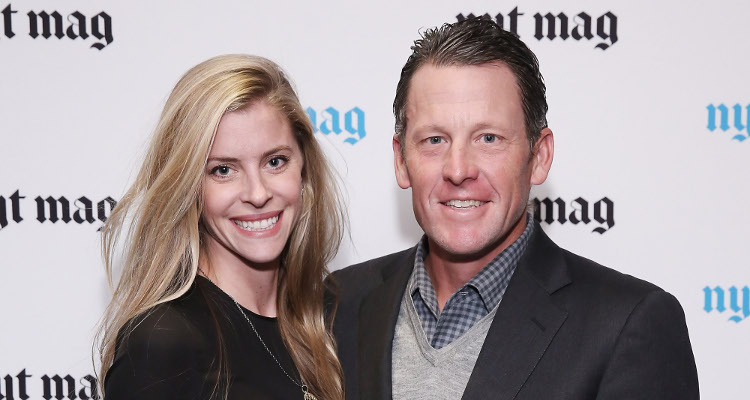 After dating for almost a decade and raising two kids together, Lance Armstrong proposed to his longtime girlfriend, Anna Hansen. Who is Anna Hansen? Take a look at our Anna Hansen wiki to find out!

On Tuesday, cyclist Lance Armstrong shared the good news that he finally asked his girlfriend of almost 10 years, and the mother of his children, to marry him! Lance Armstrong’s girlfriend, Anna Hansen, was featured in the 45-year-old’s Instagram photo where he posted the news. Congratulations to the newly engaged couple! Keep reading to know more about Anna Hansen.

It's a good day in the organic garden at Casis when it's carrot picking time! The kids even saved one for me to try! Nothing compares to the taste of a freshly picked veggie

Anna graduated from the University of Colorado with a degree in biology. She is from Fort Collins, Colorado and is the former program director for a Colorado non-profit First Descents, an organization “that provides outdoor adventure experiences for young adults who have cancer.” She also worked with the Children’s Hospital of Denver.

The Couple Have Been Together for Almost 10 Years!

Charity work brought Lance Armstrong and Anna Hansen together in July 2008. Although the cyclist was surrounded by controversies, Anna stayed by her man’s side.

When the couple celebrated their nine year anniversary, Lance took to Instagram saying, “Nine years ago today I met this amazing woman in Denver, Colorado. As y’all can imagine, the last half of those nine years hasn’t exactly been smooth. She’s been a pillar of strength and love for me and our entire family. Happy Anniversary babe. I love you.”

In 2013, when it was revealed that Lance had been using performance enhancing drugs, Anna’s father, David Hansen spoke about his daughter’s relationship saying, “Listen, things obviously went haywire for him, but my daughter is a very strong person. I think she will probably stand by him.”

Anna Hansen and Lance Armstrong have two beautiful kids together. Their son, Max was born in July 2009 and their daughter, Olivia was born in October 2010. Lance was previously married to Kristin Richard from 1998 to 2003. They have three kids together: A son named Luke and twin daughters, Grace and Isabelle.