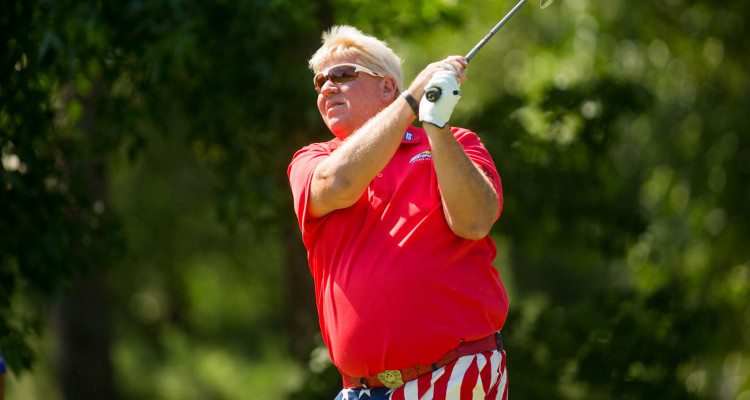 Although the issues in his previous relationships had a direct correlation with his performances on the golf course, he still seems to be more excited about the fifth girl in his life. Anna Cladakis and John Daly have been linked to each other for quite some time now, and are still engaged and doing well. She met Daly in 2007 while she worked as a promotional director for Hooters. Back in 2007, John Daly had just separated from his wife. Though it may not be news, as Daly popped the question in 2014, many are anxiously awaiting the big day!

Daly was obsessed with the 25-year-old car saleswoman, Sherrie Miller, and on July 29, 2001, he married her. In 2003, Miller gave birth to their son, John Patrick Daly II.

Things were good, until one day when Daly and Sherrie got into a fight at a restaurant in Memphis, Tennessee, and things just seemed to deteriorate from there. Daly claimed that on that same night, Miller assaulted him with a steak knife. He had cuts and scrapes across his face. Until the authorities reached his house, Miller had made a quick exit, along with their children.

John Daly and Bettye Fulford filed for divorce and after it was finalized in 1995, Daly started dating 20-year-old model, Paulette Dean. They soon got married and Dean gave birth to a daughter. Minor incidences turned the relationship sour and after four years of marriage, Daly opted to be single.

John Daly married Bettye Fulford in 1992. He has a daughter named Shynah Hale from Fulford. After a few months of being married, Daly was charged with a third-degree assault. It was reported that he had thrown his wife into a wall at their home near Denver.

In his autobiography, My Life in and out of the Rough : The Truth Behind All That Bull**** You Think You Know About Me, Daly said that he has never hurt a woman, nor did he hurt his wife.

Crafton was John Daly’s first wife. The couple got married in 1987. She wanted him to live with her in her hometown of Blytheville, Arkansas, while Daly wanted to make it to the PGA Tour. Sadly, their relationship came to an end in February 1990, after they got divorced.