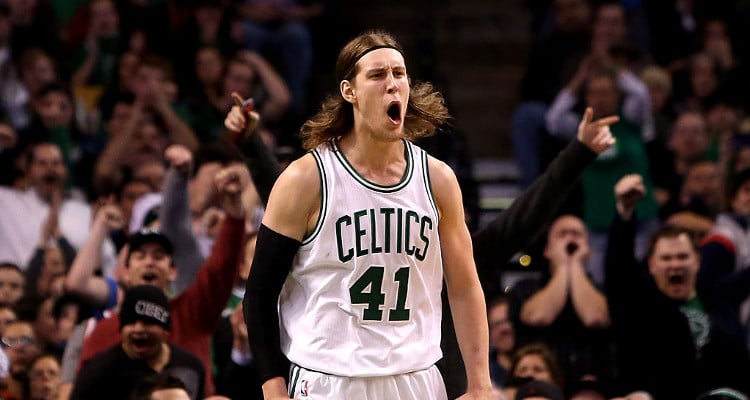 Kelly Olynyk saved the Celtics by scoring 14 points in the final quarter and leading his team to a 115-105 victory in Game 7 against the Washington Wizards. He finished the game with 26 points on 10-of-14 shots. Do you want to know more about this stellar Celtic player? If so, read our Kelly Olynyk wiki, right here!

Born on April 19, 1991, Kelly Tyler Olynyk is a Canadian professional basketball. He plays center/power forward for the Boston Celtics and has been with the NBA since 2013. Olynyk has a bachelor’s degree in accounting.

A Toronto native, Olynyk started playing basketball at an early age. When he was seven, he went to South Kamloops high school in British Columbia. While in high school, Olynyk competed at the Amateur Athletic Union (AAU) and non-AAU tournaments in the States, as well as the Canadian junior national team.

He was named the Basketball BC outstanding high school player of the year in his senior year. Olynyk was also a quarterback for the Titans in high school.

Also Read: Terricka Cason: Everything You Need to Know about Antonio Cromartie’s Wife

In college, Olynyk played basketball at Gonzaga from 2009 to 2013. It was while playing for the Gonzaga Bulldogs that he earned NCAA All-American honors in 2013. He decided to forgo his senior year eligibility and opted for the NBA draft. He was selected with the 13th overall pick by the Dallas Mavericks in the 2013 NBA draft, and was immediately traded to the Boston Celtics.

Take a look at his current season statistics below:

Olynyk’s family is of Ukrainian origin, and basketball runs in their veins. His father, Ken was head men’s basketball coach at the University of Toronto from 1989 to 2002 and the Canadian junior men’s national team from 1983 to 1996. His mother, Arlene was a Canadian Inter-University Sport (CIS) women’s basketball referee from 1995 to 2004.

The NBA player has two sisters, Jesse and Maya, and of the two, Maya played CIS basketball for the Saskatchewan Huskies. We have not heard anything about Kelly Olynyk’s girlfriend, so it is very possible that the forward is currently single.