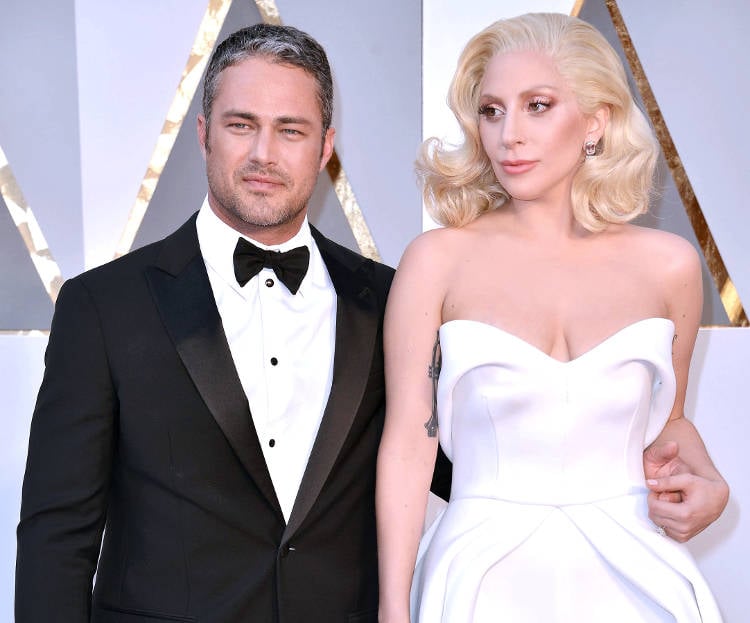 Lady Gaga and Taylor Kinney got engaged last year on Valentine’s Day, when he got down on one knee and proposed at her family’s Manhattan restaurant, Joanne’s Trattoria. She was visibly ecstatic as she immediately uploaded a photo of the enormous, heart-shaped diamond engagement ring on Instagram, along with the caption, “He gave me his heart on Valentine’s Day, and I said YES!”

Although it is unclear who did the dumping, long distance has been cited as the reason behind the split. Lady Gaga is said to be busy with her new album, while Kinny (the Zero Dark Thirty and The Vampire Diaries actor) is shooting for a show. The good-looking couple is proud parents to two French bulldogs, Koji and Miss Asia Kinney. We don’t know who will get custody of the pooches yet!

Post break-up, Lady Gaga was spotted in Cabo, Mexico on a solo holiday. She was nursing her wounds sans her engagement ring and looked somber in a pink bikini by the poolside. The couple started dating in 2011 after they met on the sets of Lady Gaga’s music video, “You and I.” They split the following year briefly, but got back again after only a month. It looks like the two are definitely made for each other!

In the latest news, Lady Gaga posted a black and white photo of her with her ex-fiance. Both are sporting caps and have their arms wrapped around each other’s shoulders. The caption read, “Taylor and I have always believed we are soulmates. Just like all couples we have ups and downs, and we have been taking a break. We are both ambitious artists, hoping to work through long-distance and complicated schedules to continue the simple love we have always shared. Please root us on. We’re just like everybody else, and we really love each other.” Awww! We hope this adorable couple resolves their problems and gets back together soon!