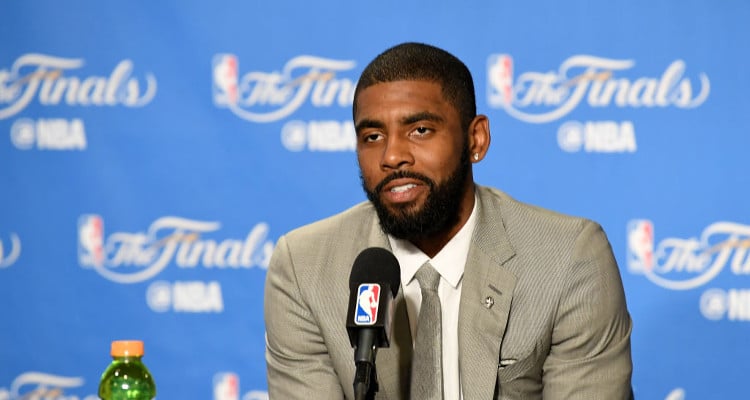 In the 2016 NBA Finals, Kyrie Irving’s gameplay was so good that the Cleveland Cavaliers won the championship. They are looking to Irving again this year to win the title once more. At 25, Irving has a cool net worth of $15.0 million and a great career ahead of him.

The Cleveland Cavaliers are hoping that Kyrie Irving (one of their star players) lives up to his potential in the 2017 NBA Finals. When he was in the same spot that last year, the Cavaliers won the title! This year, they are trailing behind the Golden State Warriors 0-3 in the Finals. All hope is not yet lost —though no team has been able to come back from this position to win the NBA Finals. However, if there is one man who can do it, it is Kyrie Irving. How many points did Kyrie Irving score? Keep reading to find out this and more in our Kyrie Irving wiki.

A Passion for Basketball

Kyrie Irving’s age is 25. He was born on March 23, 1992 in Melbourne, Australia to American parents. His mother, Elizabeth, died from Sepsis Syndrome when he was just four, so his father, Drederick, raised him with the help of his aunts. They later moved to the United States where Irving started to take an interest in basketball. He played for St. Patrick High School and was named MVP. Irving then went on to play in college for Duke University. His talent caught the attention of recruiters, and he was picked up by the Cleveland Cavaliers in the 2011 NBA draft.

In his first season for the Cavaliers, Irving averaged 18.5 points, 5.4 assists, and shot 46.9% from the court. During the 2012-2013 season, he became the youngest player in NBA history to score 40 points in Madison Square Garden. In his third season, Irving was named the All-Star game MVP as his team beat the Western Conference All-Stars with a score of 163-155. His best year with the Cavaliers so far came in the 2015-2016 season when they won the championships. Irving has been one of the star players in his team’s bid to retain their title in the 2017 NBA Finals. Though they have had a rough start, people are looking towards Irving to start the fire and reignite the Cavaliers’ winning streak. Looking at Kyrie Irving’s career stats, it certainly looks possible!

Kyrie Irving’s net worth is a cool $15.0 million, while his salary is estimated to be $7.0 million. This is a fantastic achievement considering he is just 25 years old and has a full career ahead of him. Irving is not married, but has a daughter named Azurie Elizabeth Irving with his ex-partner, Andrea Wilson. Azurie’s middle name was given to honor Irving’s late mother.

In 2016, singer Kehlani was Kyrie Irving’s girlfriend, but the pair broke up over rumors that she was cheating on the basketball player. At the moment, there is no information on whether or not he is dating anyone. He is probably focused on his basketball career and winning the NBA Finals, after all.

Back Against the Wall

Right now, Kyrie Irving is giving everything he has for his team to win the NBA Finals. They are facing a 0-3 loss against the Golden State Warriors and have a lot of work to do if they want the title. After the Cavaliers’ third loss, Irving said: “To lay it all out on the line like that – you want to come out on the winning side but we gave a great effort, and the result just didn’t turn out the way we wanted it to.” He is now looking forward to Game 4, and all eyes are on him!