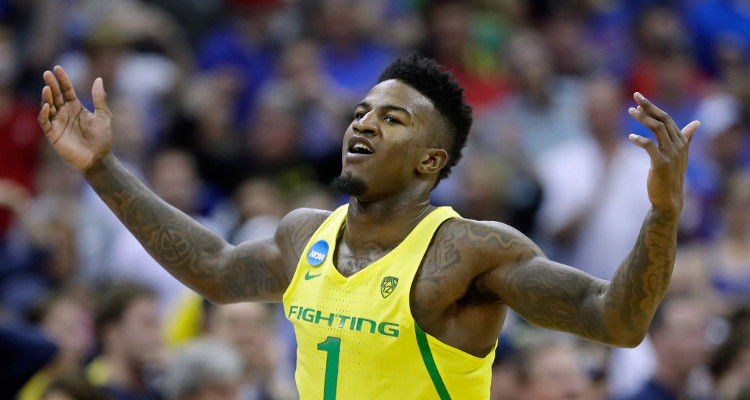 Jordan Bell has quickly become a star player for the Oregon Ducks. He led them to a stunning win over Kansas and has helped bring his team into the Final Four in the NCAA March Madness tournament. Bell is just 22 years old and a player to watch out for!

Jordan Bell has been on fire on the basketball court this year. Bell plays for the Oregon Ducks who were given little chance against the mighty Kansas Jayhawks in the NCAA March Madness tournament. However, they had a triumphant victory that left the Ducks ecstatic and the Jayhawks shell-shocked. One man made the difference, Jordan Bell, whose scored 11 points, 13 rebounds, and had eight blocks allowing the Ducks to win the game with a score of 74-60. Bell’s stats and college basketball career has come under the spotlight, and people are eager to know more about this exciting young player. Here are some details from Jordan Bell’s wiki.

His Height is an Advantage 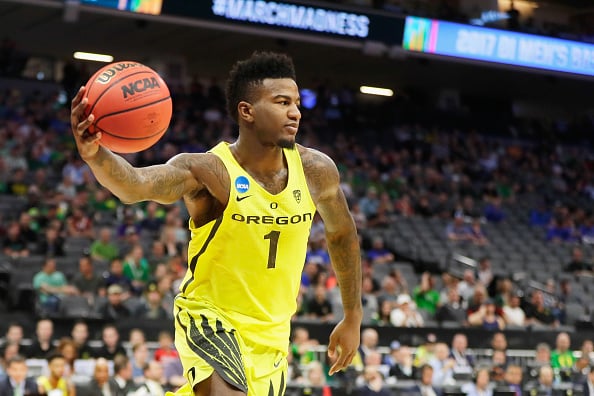 Jordan Bell was born on January 7, 1995, in Long Beach, California. That makes Bell’s age 22 and already one of the most important players for his team, and a future NBA star. Bell’s height is 6’9″ which makes it easy for him to lope across the court and score. Bell went to Long Beach Polytechnic High School before going to the University of Oregon and joining their basketball team.

The Pretty Girl from His Hometown

Bell’s girlfriend is also from California. Her name is Carissa West, and she is from Long Beach. West was born on September 15, 1995, which makes her age 21. She is currently studying human physiology at the University of Oregon. Though West has her own busy life, she tries to attend as many of Bell’s hometown games as possible. There is no information on Jordan Bell’s family as of now, but now that he is rising in the college basketball ranks, we expect more info on his family will come out soon. 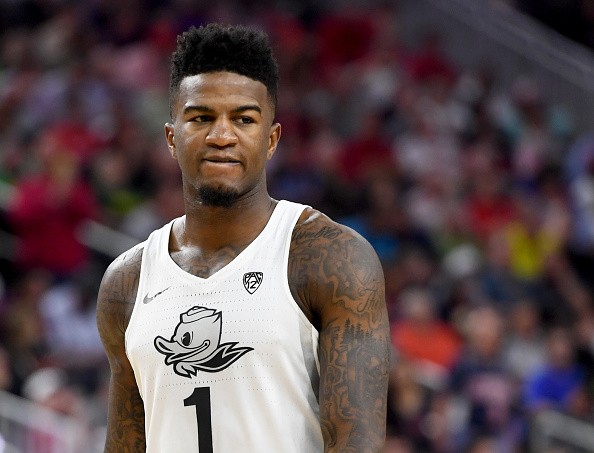 Jordan Bell’s net worth is not known, but he has certainly caught the eyes of team management after his spectacular plays against Kansas. It won’t be surprising if a bidding war breaks out between teams to get Bell to sign with them. Though, he is not thinking about this right now. Bell helped get his team into the Final Four for March Madness. His dream is to win and make good on his promise to Dana Altman when he assured his coach that he would bring Oregon to the Final Four. After their shocking victory over Kansas, Bell has made true his promise and is hoping to take home the trophy.

Tyler Dorsey is another star player in the Oregon Ducks line-up, and with him, Jordan Bell has a partner who is all set to take their team to glory. Bell, who has been nicknamed the “rebounding machine” is determined to take his team to the end of March Madness. If his performance against Kansas is any indication of things to come, Bell might just do it!