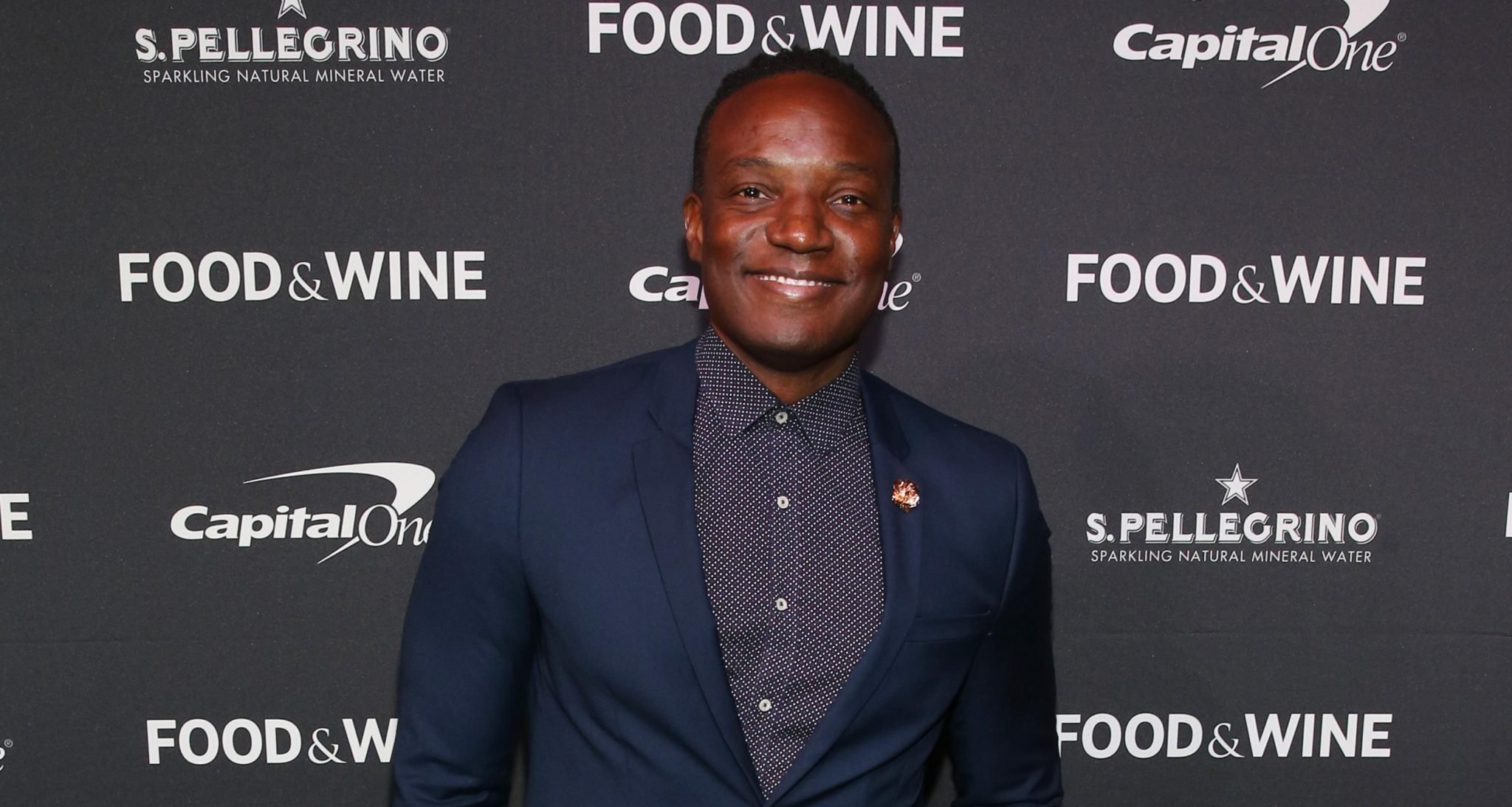 Kwame Jackson is back in the spotlight and not exactly for competing on The Apprentice. The former contestant on Donald Trump’s reality show was name-dropped in the ongoing controversy that stemmed from Omarosa Manigault making explosive accusations against President Trump.

Omarosa Manigault went from The Apprentice to the White House before her very contentious ouster from the Trump administration.

These days, she’s promoting her insider book titled Unhinged, while releasing secret tapes that are haunting President Trump’s staff. She alleges that Trump used the N-word in reference to The Apprentice contestant, Kwame Jackson several times on a tape.

What is Jackson’s response to this debacle? Our Kwame Jackson elaborates on the political storm he’s been dragged into.

Omarosa Manigault-Newman was a communications director in the Trump White House before it was revealed that she was no longer in a Trump aide in January 2018.

She went on to release Unhinged and sat on news panels to speak about Trump’s behavior when he was on The Apprentice.

She alleged that she heard Trump use racially derogatory terms, particularly the N-word, and it’s apparently on tape. He allegedly used the N-word in reference to Kwame Jackson in a three-minute recording though Donald Trump denied it in a routine Twitter rant.

Kwame Jackson, now 44 years old, works as a strategic consultant and has an estimated net worth of $2.5 million. He’s an African-American entrepreneur of Ghanian descent.

He and Omarosa were contestants in The Apprentice season 1 in 2004. He made it to the season finale before getting fired.

He’s been linked to Model Latina winner Jessica Caban (Bruno Mars’ current flame), after they attended events together. But there’s no confirmation that these two ever dated.

Jackson was among the former Apprentice contestants who denounced Trump when the former real estate tycoon was running for presidency in 2016. But he wants no part of the controversy Omarosa is stirring up.

“Hard pass on all things Omarosa, no thank you,” he told Variety. “By me commenting or you covering the story, it simply adds fuel and attention to tomfoolery.”

He is among the many Apprentice alums who are opting to keep a safe distance from the drama now caused by Omarosa’s new book.

Also Read: Why Did Omarosa Leave the White House?

He Is a Vocal Trump Critic

When Donald Trump was running for the presidency in 2016, a bunch of The Apprentice alum came together to denounce the then-GOP candidate.

Jackson said that Trump didn’t have the right “temperament” to be the president. He accused his former reality TV boss of appealing “to the lowest common denominator of fear, racism and divisiveness in our populace.”

While Jackson never commented on Trump’s behavior while he was on The Apprentice, he is a vocal critic of what Trump has said or done during his presidential campaign and presidency. He claimed that Trump has a “racial blind spot” because of the lack of diversity in his staff.

Omarosa Manigault-Newman was among the few contestants who supported Trump. And she was also the representative person of color in the Trump cabinet.

But in a 2016 article, Jackson wrote that both Trump and Omarosa are unpopular in the African-American community.

He recently appeared on CNN’s The Don Lemon Show where he allegedly said it was “Omarosa’s menstrual behavior.” He came under fire for his supposed sexist comment. 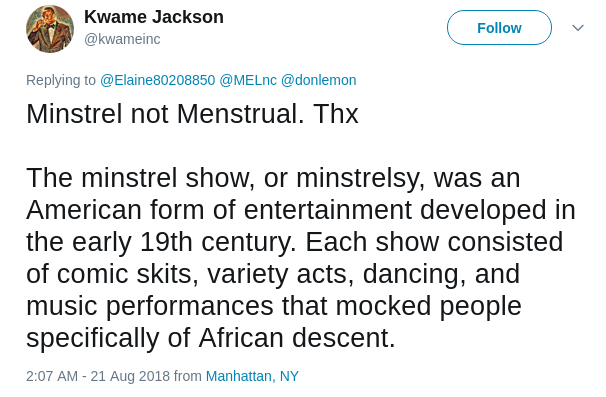 But Jackson clarified to Twitter users later that he said “Minstrel behavior” and was simply misheard. He followed it with an explanation of minstrelsy culture that often mocked African-American community.

Kwame Jackson is lauded by the African-American community for his outstanding achievements. His mother, a graduate of Howard University, was the university’s controller.

His father was a surgical resident at Howard. Jackson’s parents divorced when he was a baby.

Kwame moved to North Carolina from Washington with his mother and visited his father in D.C. during holidays.

Kwame showed business acumen at a young age, selling candy and bubblegum on his school bus when he was 10. He later had a job at McDonald’s supervising employees older than him.

A graduate of East Mecklenburg High School in Charlotte, North Carolina, he went on to acquire a BS in business administration from the University of North Carolina at Chapel Hill. He paid the college tuition with his mom’s life insurance.

He acquired an MBA from Harvard, where he jumpstarted his entrepreneurial ambitions. While at Harvard, he co-founded several Internet start-ups.

With his appearance on The Apprentice, he was named as one of People magazine’s 50 Most Beautiful People and even landed on its 50 Hottest Bachelors List in 2004. While he was flattered, his first priority is his career. 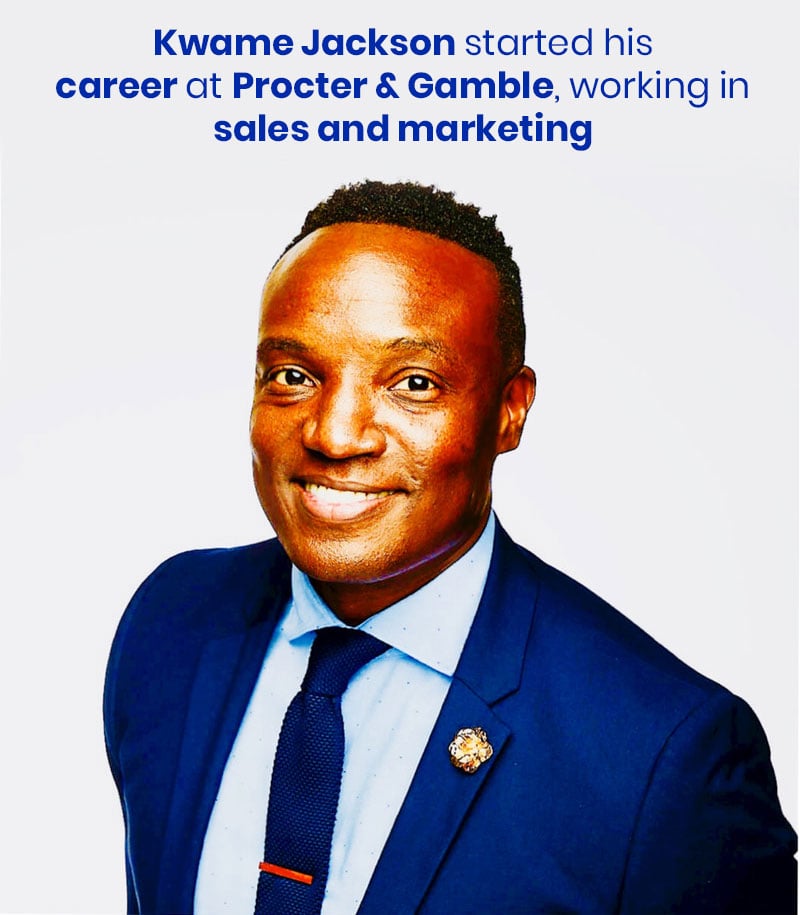 Jackson started his career at Procter & Gamble, working in sales and marketing roles. During his TV stint, he was an investment manager at Goldman Sachs.

A friend convinced him to sign up for a reality show that would feature billionaire Donald Trump.

When Jackson asked his bosses at Goldman Sachs if he could go on The Apprentice, they felt that Jackson wouldn’t be taken seriously by clients if he appeared on a reality show. So, he quit his Wall Street job to star on the show!

After the show, he strove to become his own boss, and he thrived. He started his own real estate development company that secured a major deal after The Apprentice.

At the moment, Kwame is the president of Kwame Inc. He’s now a public speaker and consultant for a list of clients that include American Express, American Heart Association, McDonald’s, Pepsi, and more.

His public speaking engagements have taken him all over the world, including to the London School of Economics. He’s constantly posting about his travels and engagements on Instagram.

He also had a line of high-end neck ties, Krimson by Kwame, in his home town of Charlotte. His neckwear is sold in department stores like Macy’s and JC Penney.

The businessman was honored with the keys to the cities of Detroit, Indianapolis, Brenton, and Columbia, among other honors. The Mayor of Charlotte also declared a Kwame Jackson Day in the city.