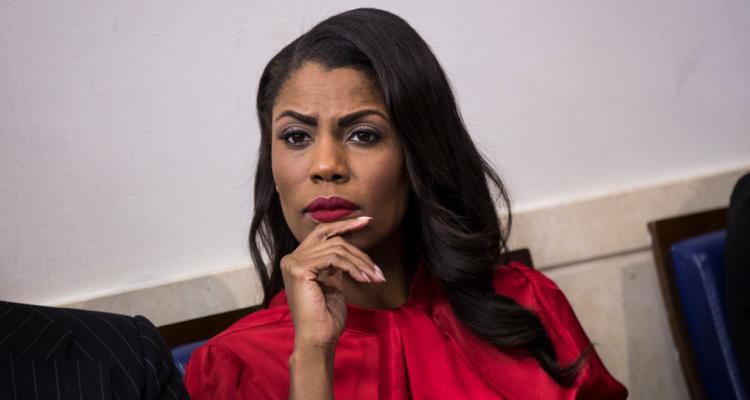 Omarosa, reality television star and former Assistant to the President and Director of Communications for the Office of Public Liaison, has made headlines again by telling one of her other castmates on Celebrity Big Brother some fairly bold statements about Trump as President. Was it bad enough to make her quit? Why did Omarosa retire from the White House? Between her comments against Trump and her appearance on Big Brother, it seems we have another Omarosa storm headed our way!

Why did Omarosa Manigault leave the White House? Why was she hired by Trump in the first place? Why does she think whispering won’t be heard by anyone when she is on a reality TV show broadcast on a major network? (Especially when Big Brother hears all!) We have the answer to some of these questions.

Why did Omarosa leave the White House? Let’s be honest, even if your boss is a little bit…eccentric, a White House position comes with a lot of perks. They pay is usually good, the benefits are great, and it makes for a great resume addition when you were done!

But yet, Omarosa didn’t even make it a year in Trump’s White House! Why did she leave? Well, the answer to that depends on whose version of the story you believe.

The official version is that Omarosa resigned on December 13, 2017. The White House and President Donald Trump himself released tweets wishing Omarosa continued success wherever she was headed next. Omarosa initially stated she was only planning on staying in her White House position for a year.

Sounds legit and fairly amicable, doesn’t it? Well… about that…

Shortly after the official version of Omarosa leaving the White House was released, rumors of what really went down began to circulate, and while there are some variations on the details, the general story is fairly consistent and worthy of a scene in any reality TV show!

As the story goes, White House Chief of Staff, Gen. John Kelly, had Omarosa fired on the evening of Tuesday, December 12, 2017. Omarosa reportedly did not take this well and came to the White House the next day, not to collect her things, but to speak to the President personally.

This was allegedly followed by a loud argument between Kelly and Omarosa, where Omarosa began screaming obscenities at Kelly; she apparently claimed credit for getting the black vote for Trump and helping him win the election.

The story then ends with Omarosa allegedly being physically escorted out of the office and off the campus. Omarosa has denied these stories and has said all along that she resigned. She offered that, if this had actually happened, where was the cell phone footage? Something like that, someone would have caught it, right?

Given what we have seen of Omarosa over various reality TV shows over the years, it seems very much in line with her character. But Omarosa does have a point. If this actually happened, someone would have got video of it, no? Maybe the truth lies somewhere in the middle.

Adding fuel to the fire are the recent comments that Omarosa made about President Trump on the latest episode of Celebrity Big Brother. When fellow castmate, Ross Mathews asked her if things were going to be okay with Trump as president, Omarosa said,“No, it’s gonna not be ok. It’s not.”

She would go on to whisper to Mathews that she was haunted by Trump’s tweets and she tried to do something about them but was blocked by Trump’s inner circle.

“Omarosa was fired three times on ‘The Apprentice,’ and this was the fourth time we let her go. She had limited contact with the president while here. She has no contact now.”

Does that mean Omarosa was fired or did Shah misspeak? Did Omarosa resign or was she chucked out? That is the question that is plaguing everyone’s minds. The plot is thickening and if past comments have been any indication, President Trump will soon be weighing in on the story. (Knowing Omarosa, she may continue to run her mouth throughout her time on Big Brother…so keep the Mimosas flowing!)