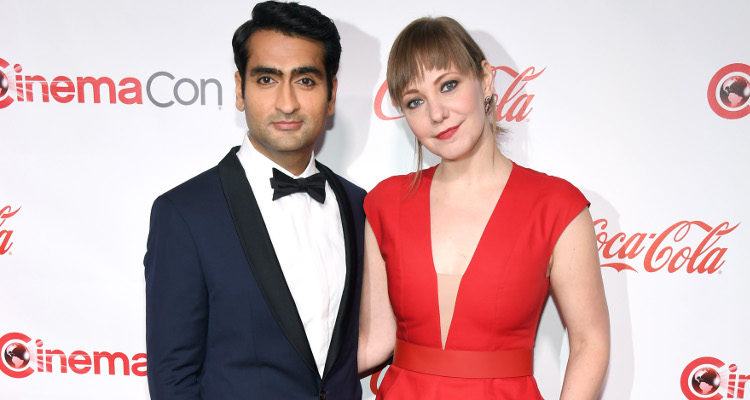 Silicon Valley star, Kumail Nanjiani’s wife, Emily V. Gordon is a very talented lady. She is a writer, producer, and podcast host. She also co-wrote The Big Sick, which has incidents inspired from the couple’s life. If you’ve had a chance to watch the movie, then you will definitely want to know more about Kumail Nanjiani’s wife. The movie is smart and entertaining, and showcases the pitfalls of a multi-cultural romance. For everything you need to know about the multi-talented writer and producer, here is our Emily V. Gordon wiki.

Kumail Nanjiani’s wife was born in 1979, which will make her 39 years old this year. She grew up in Winston-Salem, North Carolina and is a graduate of psychology from the University of North Carolina at Greensboro. She then went on to do her MS/EdS in couples and family counseling from the same university.

Emily V. Gordon has been married to Kumail Nanjiani since 2007, and the two live in Los Angeles, California. She is a writer and, in 2015, published her first book, Super You: Release Your Inner Superhero.

In February 2017, she posted about her illness on a Facebook page for Common Variable Immune Deficiency (CVID) awareness. Those who watched The Big Sick became curious of Gordon’s character in the film, who also received an unexpected diagnosis.

Also Read: What is Tracy Morgan’s Net Worth? The Comedian Makes a Comeback to Netflix!

Gordon started her career in 2004 as a practicing therapist in North Carolina. She continued her practice until 2009, while traveling around the east coast.

Aside from writing articles, Gordon also tried her hand at writing for the webseries, Power Up and ExploreD. She then moved on to television writing with an episode of NBC’s The Carmichael Show called “New Neighbors.”

Her latest endeavor has been in film as a co-writer and co-executive producer with her husband, Kumail Nanjiani. The multi-talented Emily Gordon worked on the newest romantic comedy, The Big Sick starring Nanjiani and Zoe Kazan. The film was showcased at the Sundance Film Festival and received positive critical appreciation. Loosely based on the couple’s lives, it follows the relationship of a Pakistani-Muslim man and his American girlfriend.

Adding to her growing list of skills, Emily Gordon is also a host. In 2010, she co-hosted a weekly live show called The Meltdown with Jonah and Kumail, and was asked to return to the show as a program director the following year.

With the 90th Academy Awards just around the corner, both Nanjiani Gordon were surprised by The Big Sick‘s Oscar nomination for Best Original Screenplay.

“It was very early. It was 5:30 in the morning. Screaming, laughing, crying and then right back to sleep. It was a shocking how quickly we were able to fall asleep,” Nanjiani told The Hollywood Reporter.

Gordon and Nanjiani also commented on the quality of the other nominated films and how it made their own nomination more meaningful.

The film was a powerful romantic comedy based on the couple’s lives as Nanjiani’s character deals with Gordon’s illness, as he’s dating her. Roughly 10 years ago, she was a therapist based in Chicago who was dating the actor for eight months. She thought she contracted a bad cold or pneumonia but it was far worse. After eight days of being in a medically induced coma, she was diagnosed with adult-onset Still’s disease (AOSD), a rare autoimmune disease and form of arthritis.

“Basically, your organs can start getting inflamed as if they’re under attacked and have an infection, but they’re not,” Gordon told The Hollywood Reporter, “Because I wasn’t diagnosed or being treated for it, it just kept getting worse and worse. My organs kept getting more and more inflamed until I had to be hospitalized.”

Gordon also explained how she’s been in control of the disease and how great Nanjiani has been with her.

“I just have to practice self-care in the ways we all should be doing — get enough sleep, eat healthy and regularly, exercise and keep my stress and drinking down — but I have to be a little more diligent about it because if I slip on any of those, my immune system can act up,” said Gordon of her condition, which she does with Nanjiani’s help. “My parents call him my lion, and he really is. At times when I’m not great at self-care, he will force me to be good about it.”

For a more in-depth look at the young couple, fans of The Big Sick can visit the Silicon Valley star’s wife’s Instagram page. From red carpets to candid moments, fans will get to see just how close the two really are.