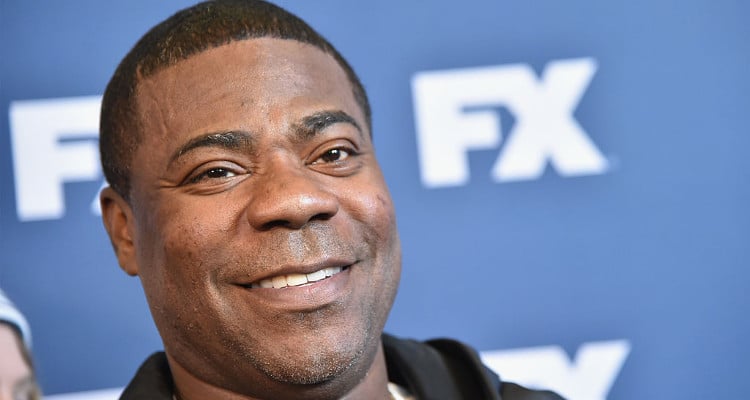 Even though a near fatal accident almost cost Tracy Morgan his life, the comedian has made a miraculous recovery. In his new Netflix comedy special, Staying Alive, Morgan takes digs at himself, work, and death. With a healthy net worth of $50.0 million and a never-say-die sense of humor, Morgan is enjoying his success.

Tracy Morgan has been making people laugh for decades. Best known for his work as a cast member on eight seasons of Saturday Night Live from 1996 to 2003, he is also known for his role in 30 Rock, his 2010 buddy cop film Cop Out, and for being the host of a prank show called Scare Tactics. Morgan has even been nominated for an Emmy Award for his work in 30 Rock. Keep reading for details about Tracy Morgan’s net worth and more, right here!

Tracy Morgan was born on November 10, 1968 in The Bronx, New York to Alicia Warden and Jimmy Morgan. His father was a musician, who did military duty in the Vietnam War and returned home as a recovering heroin addict. Years later, he contracted AIDS from hypodermic needle use and died in November 1987. Tracy was raised in a housing project in Bedford Stuyvesant, Brooklyn, and married his girlfriend Sabina in 1987, the year he dropped out of high school to take care of his ailing father. Then, while Tracy and Sabina were living on welfare, Tracy started selling crack cocaine on the streets to take care of their first son, but stopped when his best friend was murdered. He started performing comedy on the streets. Morgan’s stand-up comedy career started to take off from there, and he was soon successful enough to move into a nice community in Riverdale, New York City. At Tracy Morgan’s age of 48, the comedian with humble beginnings has made quite a name for himself today.

Had a fantastic time @harrahsresort tonight! Thank you to all my friends that came out to laugh! Photo cred: @mikeshotit

Morgan made his on-screen debut by playing Hustle Man on the show Martin, where he was known for the catchphrase, “What’s happ’n, chief?” He went on to be on more shows like Snaps, Def Comedy Jam and Uptown Comedy Club, before he getting his big break on SNL in 1996. Morgan also made it to the big screen with films such as, Bamboozled, Jay and Silent Bob Strike Back, Superhero Movie, Death at a Funeral, The Night Before, and Fist Fight.

Morgan also acted in commercials for ESPN NFL 2K, and in a comedic Beats by Dre commercial. He will portray the character of Redd Foxx in an upcoming Richard Pryor biopic. Morgan has named Carol Burnett, Jackie Gleason, Martin Lawrence, Eddie Murphy, and Richard Pryor as his main comedic influences. Aside from acting and his stand-up shows, Tracy Morgan also wrote his autobiography, I Am the New Black in 2009, which talks about his life in New York’s Tompkins Projects and his time at SNL. All of this success has lead to Tracy Morgan’s net worth of $50.0 million, which is bound to grow.

Backstage getting ready to shoot my special "Stayin' Alive" for Netflix. Get ready ya'll…!!!!! #comedy

Morgan’s first marriage was to his high school girlfriend, Sabina, who mothered his three sons, Gitrid, Malcolm, and Tracy Jr. They divorced in 2009. He then met and married a model named Megan Wollover on August 23, 2015. Tracy Morgan’s wife gave birth to a baby girl named Maven on July 2, 2013.

Tragedy Strikes on the Road

On June 7, 2014, tragedy struck when the Mercedes Sprinter minibus carrying Morgan and his fellow comedians was struck from behind by a Walmart truck. Tracy Morgan’s accident claimed the life of his friend James McNair, and left Morgan with severe injuries which required intensive surgeries. Morgan sued Walmart for negligence, and the case went to court. On May 27, 2015, both parties reached an out-of-court settlement, with Morgan’s lawyer stating that Walmart “took full responsibility for the accident.” Tracy Morgan’s Walmart settlement amount has not been disclosed.

The comedian has released a new special called Staying Alive on Netflix. Tracy Morgan’s Staying Alive special shows him at his best, riffing hilariously about his accident, family, and career. Morgan even takes a few digs at Walmart saying that after his accident “everything [at Walmart] went up by a penny.” Morgan has proved without a doubt that laughter truly is the best medicine.