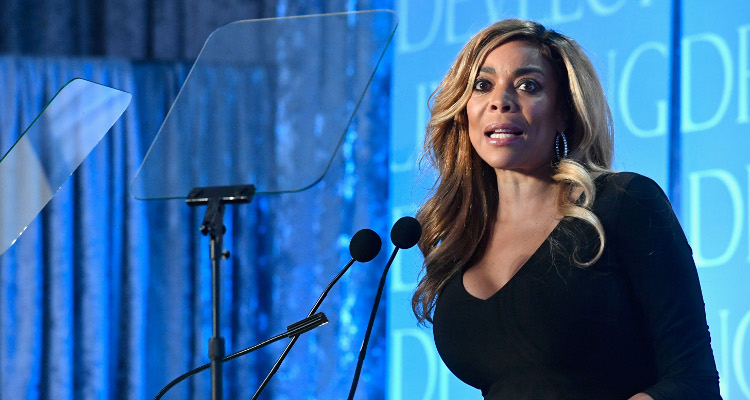 Over the years, Wendy Williams has had to deal with rumors of her husband cheating. Recently, Kevin Hunter is alleged to be cheating on Williams with a woman named Sharina Hudson.

Rumors of her husband’s infidelity have followed Wendy Williams throughout her career. The outspoken talk show host is embroiled in yet another one of her husband’s cheating scandals. This time, Kevin Hunter is rumored to have been cheating on Williams with a woman named Sharina Hudson. And, that’s not all!

Who Is Sharina Hudson?

Not much is known about the alleged mistress of Kevin Hunter, who is an executive producer on Williams’ award-winning talk show, The Wendy Williams Show.

According to reports, Hudson works as a massage therapist. She’s 32 years old, more than a decade younger than 45-year-old Hunter, and 20 years younger than the 53-year-old Williams.

Sharina Hudson reportedly stays out of social media. So you won’t find any Instagram or Twitter accounts, but a few pictures of Hudson are on the Internet. Some photographs show her out and about with Hunter.

Hunter Is Alleged to Live a Double Life

Reports claim that Hunter and Hudson have been together for 10 years. The TV producer allegedly juggles between his wife and mistress, both of whom he still loves. He has reportedly been living a double life during his marriage with Williams.

Hunter lives in a Fort Lee mansion in New Jersey with his wife and their teenage son, Kevin Hunter Jr. At the same time, he rents a secluded suburban property a short commute from Williams’ residence. Public records have listed Hudson as the resident of that home. However, some reports say that Hunter moved Hudson out of the Fort Lee condo to a secluded home in Morristown, New Jersey.

According to some sources, Hunter is with Hudson three or four days a week. They go to the gym and restaurants together, and he stays over at her house often. “But then he goes home to Wendy as if everything is normal there, too,” said that source.

He’s Had Cheating Scandals in the Past

Hunter has been accused of cheating on Williams several times in the past and with women other than Sharina Hudson. Williams herself admitted she walked in on him cheating on her with another woman back in 2001. But she chose to forgive him and says that the incident made their marriage stronger.

In 2008, a talent booker on her radio show sued Williams and her husband/manager for alleged sexual harassment. The accuser, Nicole Spence, alleged that Hunter demanded sex from her on several occasions while Williams looked the other way. While the couple denied the accusations, it cost them $5.0 million to settle it out of court.

Other celebs gave their two cents on Hunter’s affair, too. Basketball Wives star Evelyn Lozada snapped at Williams after the host threw shade at the reality star. Lozada claimed that Hunter bought a pair of expensive shoes from her Miami boutique for his mistress.

In 2012, an alleged sex tape of Hunter and a woman who is clearly not Williams was circulating the Internet. Williams denied the man in the video is her husband.

Denying her husband’s alleged affairs is nothing new to Williams. After reports of his alleged affair with Sharina Hudson came to light, she released a statement through a rep saying, “One plus one does not equal three. This woman is a friend of Mr. Hunter but there is no ‘there’ there.”

“There is no there there’” refers to Gertrude Stein’s famous line from Everybody’s Autobiography, which essentially means nothing’s going on.

Despite Williams’ statement, speculation about Hunter and Hudson’s relationship continue to mount. Recent photographs of Hudson show her sporting a diamond ring on the all-important finger, hinting at an engagement.