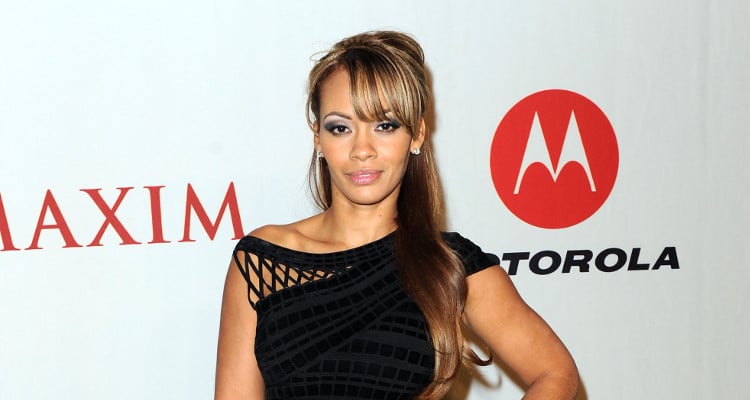 If you watch Basketball Wives, then you know who Evelyn Lozada is. The show follows the lives of girlfriends and wives of the professional basketball players.

Lozada has been with Basketball Wives since its first season. For more information about the reality TV star, take a look at our Evelyn Lozada wiki.

Born on December 10,1975, Evelyn Lozada’s age is 41. She was born and raised in the Bronx and is of Puerto Rican ancestry. She and her sister, Sylvia Lozada, were raised by their mother. In 2007, Lozada moved to Miami where she worked as a secretary for an entertainment attorney. She later became the co-owner of a shoe store, Dulce, in Coral Gables, Florida.

Also Read: Jackie Christie Wiki: Everything You Need to Know about the “Basketball Wives” Cast Member

Thank you to my glam squad for dealing with my crazy schedule and life! You guys always come through for me! Love you both! ❤️@missnesharene @makeupbylysette #MyGirls #MyFamily #RideOrDie

Aside from starring on Basketball Wives, Lozada was on the reality show, Ev and Ocho, which followed the lives of her and her ex-husband, Chad Johnson. Unfortunately, the show never aired. She is also on the show, Livin’ Lozada with her daughter Shaniece Hairston.

Evelyn Lozada, along with her brand strategist Courtney Parker, wrote The Wives Association: Inner Circle in 2012. The novel is about a young woman who marries a football star and starts a group with other sports wives, who call themselves The Wives Association. Lozada manages her own website where she writes blogs about beauty, fashion, lifestyle, fitness, and motherhood.

Lozada was in a relationship with NBA star Antoine Walker for over 10 years. Not long after getting engaged, the two called off the wedding. About his relationship with Lozada, Walker said, “My thing with Evelyn is she reaped a lot of benefits of my wealth. And when it got tight she chose to go in a different direction. It’s tough when you take care of some people and you make sure they are good, their family, their daughter, and they just go left field.”

After ending things with Walker, Lozada started dating Chad Johnson. The two waked down the isle on July 4, 2012 in Saint Martin. Days later, Johnson was arrested on a charge of domestic battery and Lozada filed for a divorce, which was finalized on September 19, 2012.

In 2013, Evelyn Lozada started dating former baseball player, Carl Crawford. They announced their engagement in December 2013, and in 2014, the two welcomed their first child together, Carl Leo Crawford.

Lozada’s net worth is estimated to be $3.0 million. Most of her net worth is due to her reality TV career and her clothing line. If she continues to grow her business ventures, her wealth is sure to grow.