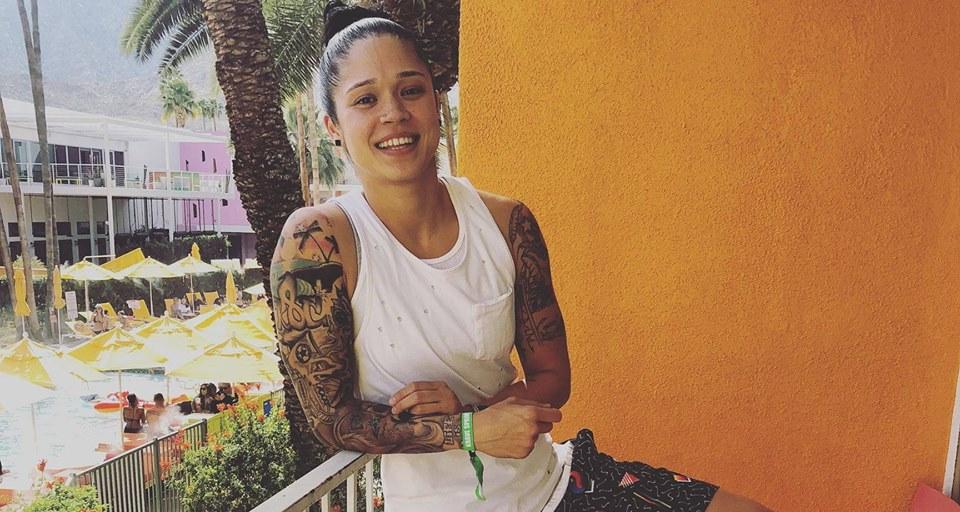 Kaycee Clark Posing Casually on a Balcony for a Photograph (Photo: Facebook/KayceeClarkBB20)

Kaycee Clark is the one to watch in the Big Brother house during season 20. It’s rare to see a female football player on TV, and we’re sure Clark is going to be unforgettable on Big Brother!

Before the show premieres, get the deets on this houseguest with details from our Kaycee Clark wiki!

She Plays in the Women’s Football Alliance

Kaycee Clark, age 30, is from San Diego, California and says she’s a fun, positive, and athletic girl. These qualities probably make a big part of her career as a professional football player.

Clark is a wide receiver in women’s tackle football. She plays for the San Diego Surge in the Women’s Football Alliance (WFA). The WFA is a serious women’s football league of about 50 teams from throughout the U.S.

Since she was announced as a houseguest on Big Brother, her games have been trending on social media. In fact, every viewer is already convinced that she’s one badass houseguest to root for!

Sports clearly make up a big part of Clark’s life. In her CBS bio, she reveals that her favorite activities include playing sports and working out, apart from personal development. So, her physical and mental game is likely very strong.

Among the short list of items she plans to take into the Big Brother house, she mentions her pre-workout supplements for an extra boost. And you’ll also be seeing her take her Jordan slippers because no athlete will go without them.

She’s Got a Strong LGBTQ Fanbase

Clark currently lives in Tempe, Arizona while she plays for the Surge. She moved to the Copper State for love, but that relationship didn’t work out.

She said, “I moved to Scottsdale for a girl, then broke up after a few months living there, but ended up staying there and made a new life for myself!”

#BB20CastReveal – Kaycee Clark – Sane, relatable, calm, and way too normal to be on a reality show! Which is why she’s currently my favorite so far. Plus: the B.B. franchise needs more LGBT women. Also, she’ll be a prime ally for everyone because she can’t be dickblinded! ?️‍?

Big Brother is sure to be a life changer for Clark. This houseguest is being celebrated on social media for representing the LGBTQ+ community, especially during Pride month. 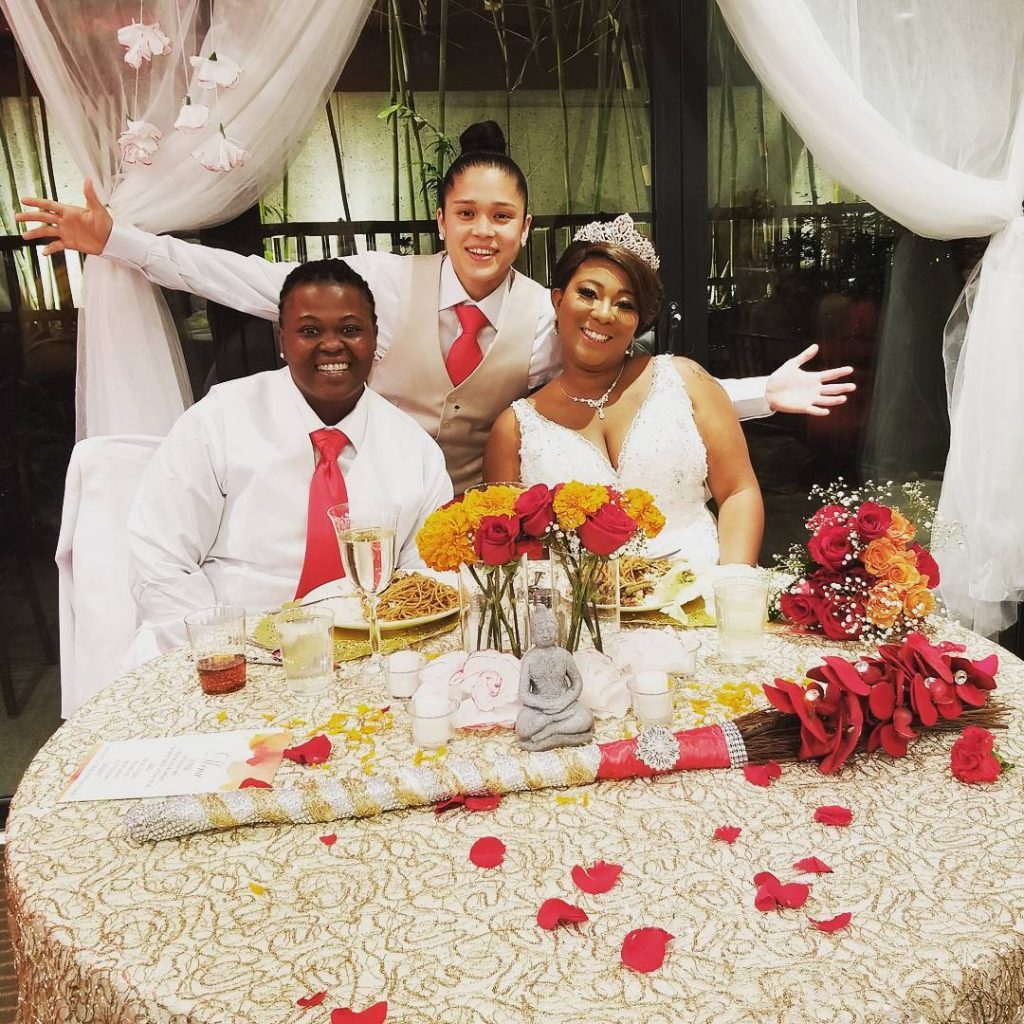 Kaycee Clark at the Wedding of Her Friends (Photo: Instagram/kcsince1987)

Clark might know a thing or two about surviving in the Big Brother house since she’s a huge fan of the show. She confesses that Big Brother is the only show she watches on TV!

Watching Big Brother is a tradition for Clark and her father. The charismatic houseguest always takes time out of her busy schedule to watch the show with her dad.

Among past houseguests, she enjoyed Cody Nickson’s run on the show. She called him a “badass” and a “competition beast,” which is nothing short of an honor for him!

Since she’s so well-versed with the show, she worries that trust is going to be an issue for her in the house.

“Knowing the fact that you will have people talking behind your back and try to be shady,” she claims would be a difficult aspect about living with the other houseguests.

But she’s confident about adapting to the game and using her social skills to her advantage. She’s already charmed Big Brother viewers with her vibrant personality!

Her Instagram following has grown to over 5,500 followers. And we’re sure it’s going to increase even more once the show premieres.

She’s Not Here to Make Enemies

Clark is Filipina from her mother’s side. Her parents met in the Philippines when her father was in the Navy. 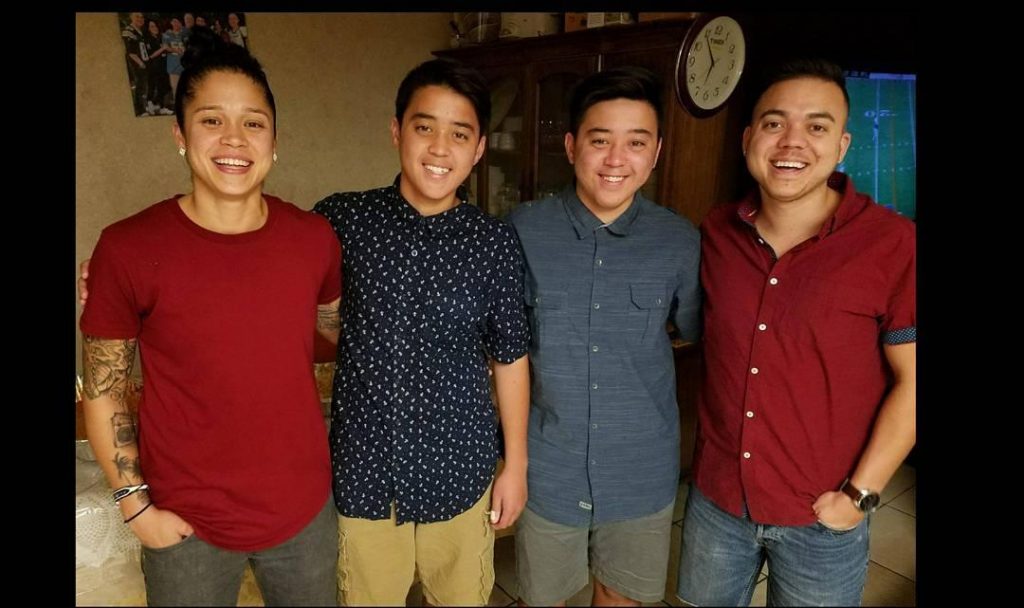 She also has three younger brothers she adores. Apparently, the pro-footballer intends to carry pictures of her family in the house, even though there are restrictions on this.

In her youth, she worked at a Smart & Final warehouse store for 11 years. It was her first job in high school, and she was extremely dedicated to it.

She cites that time of her life to illustrate her loyalty. Clark hopes to show Big Brother viewers her honest and loyal side during her time on the show.

But many worry that her strong personality could earn her enemies among the other houseguests. Nevertheless, she hopes her sincerity will not make her seem like a threat to her fellow contestants.