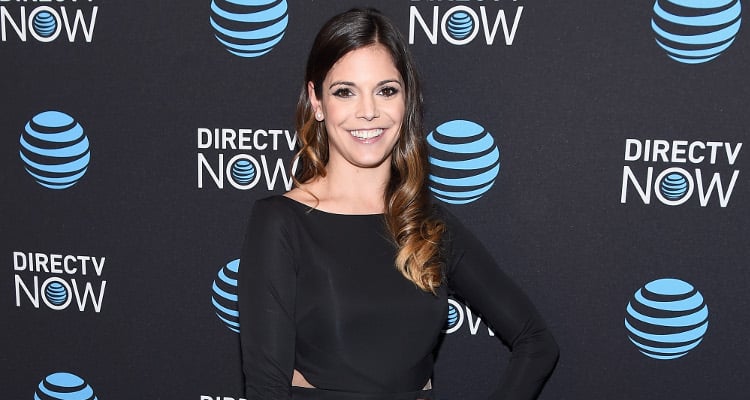 Katie Nolan’s much-awaited debut on ESPN was on Thursday with Highly Questionable, alongside Gonzalo Le Batard and Dan Le Batard. If you are wondering who Katie Nolan is, then take a look at our Katie Nolan wiki.

Who is Katie Nolan?

After that, she attended Hofstra University and received a Bachelor of Arts in public relations. She also has a minor in dance.

Before Nolan had the opportunity to work for news channels, she worked as a bartender at the White Horse Tavern in Boston. While there, she started a blog about news and pop culture, Bitches Can’t Hang.

In 2011, she got her big break by working with Guyism, a part of Fox Sports’ Yardbarker network. While there, she hosted and produced the YouTube’s series, Guyism Speed Round.

Big thanks to Blake for being the literal cutest #garbagetime

It was in August 2013 that she started her career with Fox Sports 1 as a digital correspondent for Crowd Goes Wild.

In an interview, Nolan revealed, “You’re live on TV your first time ever on TV, with five other panelists where you have to try to get a word in edgewise, with crazy segments that have dogs and children and she was like, there’s no possible way you won’t learn a million lessons. And I really did. I know “Crowd Goes Wild” had some critical reviews, but I met so many people that taught me so much about what’s really important to keep in mind in this industry.”

She also hosted the Fox Sports web series, No Filter with Katie Nolan, and was a panelist on an episode of The Nightly Show with Larry Wilmore in 2015.

Nolan’s other work with Fox Sports includes being a host of Garbage Time with Katie Nolan, which premiered on March 15, 2015.

Describing the show, she said, “It’s sort of like a late-night show but it’s not on that late at night. We’re trying to blend humor and sports, which is a very difficult blend. You have to sort of straddle the line.” She continued, “But the goal really is to make something that’s fun to watch, that doesn’t take itself too seriously, but that also if there is an issue in sports we feel we need to talk about, we can address it through this medium. It’s just sort of a place for sports fans, people who like sports, just to enjoy watching a half-hour show.”

The show was fabulously run. In fact, it even won a Sports Emmy for “Outstanding Social TV Experience” in 2016.

In September that year, she started hosting NFL Films Presents, on Fox Sports 1. It was the NFL and Fox Sports 1’s joint decision for Nolan to become the new host of the show.

But in September 2017, she announced her decision to leave Fox Sports.

Filled in as host for FFU this week, got to spend a lovely 9 hours in LA (#regram from @noushin_)

On October 4, 2017, it was revealed that Nolan would be working with ESPN.

Connor Schell, ESPN’s Executive Vice President, said in a statement, “Katie is smart, dynamic and brings to ESPN a fresh perspective and a great sense of humor. She is a rare talent and will represent our brand incredibly well as we continue to expand across the digital space.”

Nolan’s debut on ESPN was on October 19, 2017, when she appeared on ESPN’S Highly Questionable. With her career continuing to thrive, her move to ESPN is off to a good start.

Currently, there are no details about Katie Nolan’s boyfriend, so there is no way to know whether or not she is in a relationship.

For Katie Nolan hot pics, and to get a glimpse into her day-in-the life, you can always go to Katie Nolan’s Instagram account to see her beautiful life and work in pictures.