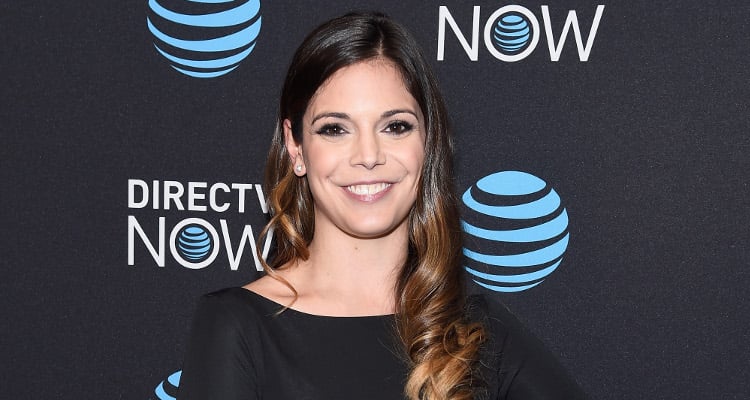 It’s finally time to move on, as Katie Nolan from Fox Sports is all set to join one of its rivals, ESPN! After reportedly asking for an early release from her contract, the talented host is officially the newest face on ESPN. Check out some of Katie Nolan’s hot pics before you watch her on your TV screens!

You might know the fun-loving Katie Nolan from Fox Sports’ Garbage Time with Katie Nolan, and now, ESPN is about to get a lot better. She is a funny, creative, and dynamic host. Though she did not get her start on the sidelines or analyzing stats on a computer, her unique perspective is an asset to any network.

For ESPN, this hire allows them to secure a more digitally sound content host, but the sports channel has not yet revealed what type of role they have for her. Though, we already know that it is bound to be a success with Nolan a part of it! We have some facts to know about the host, along with some of Katie Nolan’s sexy Instagram pics.

Katie Nolan was born on January 28, 1987, in Boston, Massachusetts. She graduated from Hofstra University in 2009, where she earned a degree in public relations, with a dance minor.

Before Hofstra, Nolan went to Framingham High School, and took dance lessons. Though her work keeps her busy, we’re sure she still dances on her free time!

The ESPN host worked as a bartender after college, and that’s when she started the pop culture blog that helped build her career.

Nolan joined Fox Sports in 2013 as a digital correspondent for Crowd Goes Wild, and moved on to a web series called No Filter with Katie Nolan. It was soon after that she grabbed an opportunity to host Garbage Time, but as the network decided whether to change the show’s format or get a new host, Nolan left after seven months without a show.

#5. Who Else Can Make Fast Food Look So Good?

Aside from sports, United Airlines collaborated with Nolan for a web series called Big Metal Bird. It took a look at the ins-and-outs of the airlines, including how the baggage handling system works and addressed customer comments.

The Emmy-winning host is now all set to join ESPN, and fans can’t wait to see what she has in store. Nolan is known for her quirkiness, and it will definitely be an asset to ESPN!