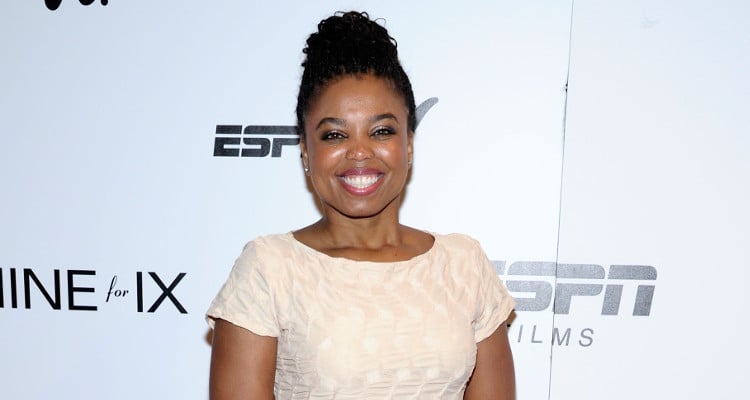 While Dallas Cowboys owner, Jerry Jones is discouraging his players from the ‘taking a knee’ movement that has taken over the NFL, some fans are displeased. Jemele Hill supposedly voiced out what fans think about Jones’ decision on Twitter. Unfortunately, that prompted ESPN to suspend her for two weeks. While earlier, she got a figurative slap on the wrist for calling President Trump a “bigot” and “white supremacist,” the sports broadcaster’s move to suspend Hill is allegedly seen as ESPN bowing to big leagues. Here’s what you need to know about Hill’s recent remarks in our Jemele Hill wiki.

The Detroit-born sports journalist was raised in Houston by her mother before she returned to Detroit. She was estranged from her father, a drug addict who battled heroin addiction. Her mother had suffered sexual abuse, which made her paranoid.

While living with her mother, who cleaned houses for a living, they couldn’t afford a newspaper subscription. But she would tag along with her mother where she read her mother’s employer’s newspaper. A voracious reader, she developed a love for sports, and her mother encouraged her to pursue her passion.

Hill wasn’t close to her father. But in a piece she wrote about him, she revealed they were able to reconnect after he sobered. Her father was a former hockey player, who overcame his heroin addiction, got his masters degree, counseled other patients, and worked as a bartender until a back condition forced him to retire.

Hill went to Mumford High School in Detroit where she honed her passion for journalism. She wrote for the school newspaper which went a long way in launching her professional journalism career.

The 41-year-old graduated from Michigan State University where her roommate, Kelly L. Carter went on to become her colleague at ESPN. Hill reportedly met her boyfriend, whose identity she keeps hidden and is known on social media as “Ol’ Boy,” at Michigan State. However, her relationship status is not yet clear and these reports should be taken with a grain of salt.

After graduation, Hill began her career as a general assignments sports writer at the Raleigh News & Observer. In 1998, she was hired as a sports writer for the Detroit Free Press and covered Michigan State football and basketball. There, she also covered the 2004 Summer Olympics and the NBA Playoffs before moving to the Orlando Sentinel. Among more than 300 daily newspapers in operation at that time, she was the only African-American female sports columnist.

In 2006, Hill joined ESPN as a national columnist for their site. But she made appearances on SportsCenter and other ESPN shows. At the same time, her podcast with Michael Smith called His and Hers earned them a show on ESPN2. Their fun and entertaining coverage of sports and pop culture made their popularity soar, and they both joined the large smorgasbord of hosts at SportsCenter. Her ESPN career, where her annual salary is estimated at $1.0 million, skyrocketed her net worth to a reported $4.0 million.

Hill’s work has been recognized with several honors. Her greatest achievement is perhaps serving as a moderator on a townhall debate with former President Barack Obama. A treasured picture with Barack and Michelle Obama remains pinned at the top on her Twitter account.

2016 vs 2015 … such an honor to be invited back to The White House this year for some holiday festivities pic.twitter.com/UnK0m0E4NM

Hill manages to stir the hornet’s nest on Twitter, just like the Twitter-happy President. A few weeks ago, she posted scathing tweets about Donald Trump calling him a “bigot” and “white supremacist,” which reportedly prompted the White House to demand ESPN to fire her.

ESPN issued a statement saying that Hill was reprimanded for violating the sports broadcast network’s social media policy. The polarizing reporter apologized and had the support of her fans.

However, on October 9, ESPN suspended Hill for two weeks citing “second violation of our social media guidelines.” The violation in question was suggesting to her Twitter followers to boycott advertisers who support Jerry Jones and the Dallas Cowboys, after the Cowboys owner threatened to bench players who took a knee during the national anthem. She later tweeted she wasn’t calling for a boycott but taking a stand.

Just so we're clear: I'm not advocating a NFL boycott. But an unfair burden has been put on players in Dallas & Miami w/ anthem directives.

Her fans have cried foul saying that Hill’s suspension is allegedly the result of ESPN bowing down to wealthy sports professionals like Jones. But this is not the first time she has polarized sports fans.

Hill accused Sammy Sosa, a former MLB player, of being a racist for bleaching his skin. She compared the University of Kentucky Wildcats men’s basketball coach John Calipari to Charles Manson, and referenced Hitler in an article about the Boston Celtics. She apologized for the latter and was suspended for a week.

After calling out President Trump, she got away with a mere scolding while other reporters like Linda Cohn and Bill Simmons (who expressed his support for Hill) have been suspended or fired for similar offenses. That sparked a debate on ESPN’s policies on Twitter, just as her current suspension is being debated on the social media platform where it began.